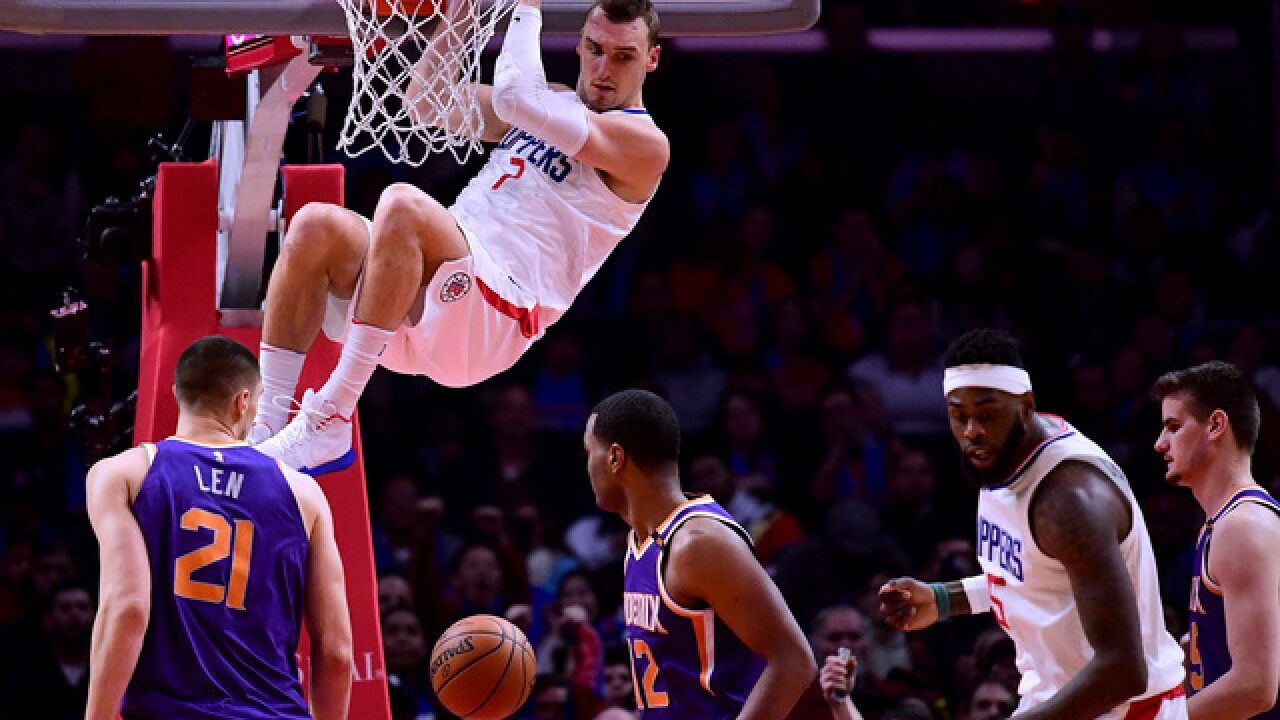 Copyright 2018 Scripps Media, Inc. All rights reserved. This material may not be published, broadcast, rewritten, or redistributed.
Harry How
<p>LOS ANGELES, CA - DECEMBER 20: Sam Dekker #7 of the LA Clippers looks for a landing after his dunk in front of Alex Len #21 and TJ Warren #12 of the Phoenix Suns during a 108-95 Clipper win at Staples Center on December 20, 2017 in Los Angeles, California. (Photo by Harry How/Getty Images)</p>

Less than a month after publicly tying the knot, Sheboygan, Wisconsin native Sam Dekker is om the move in the NBA. Dekker was traded Sunday from the L.A. Clippers to the Cleveland Cavaliers.

The former Wisconsin Badger is in his fourth season in the NBA. His offensive production dropped slightly last season after being traded from the Houston Rockets, but reports suggest there will be more playing in Cleveland for the former first-round draft pick.