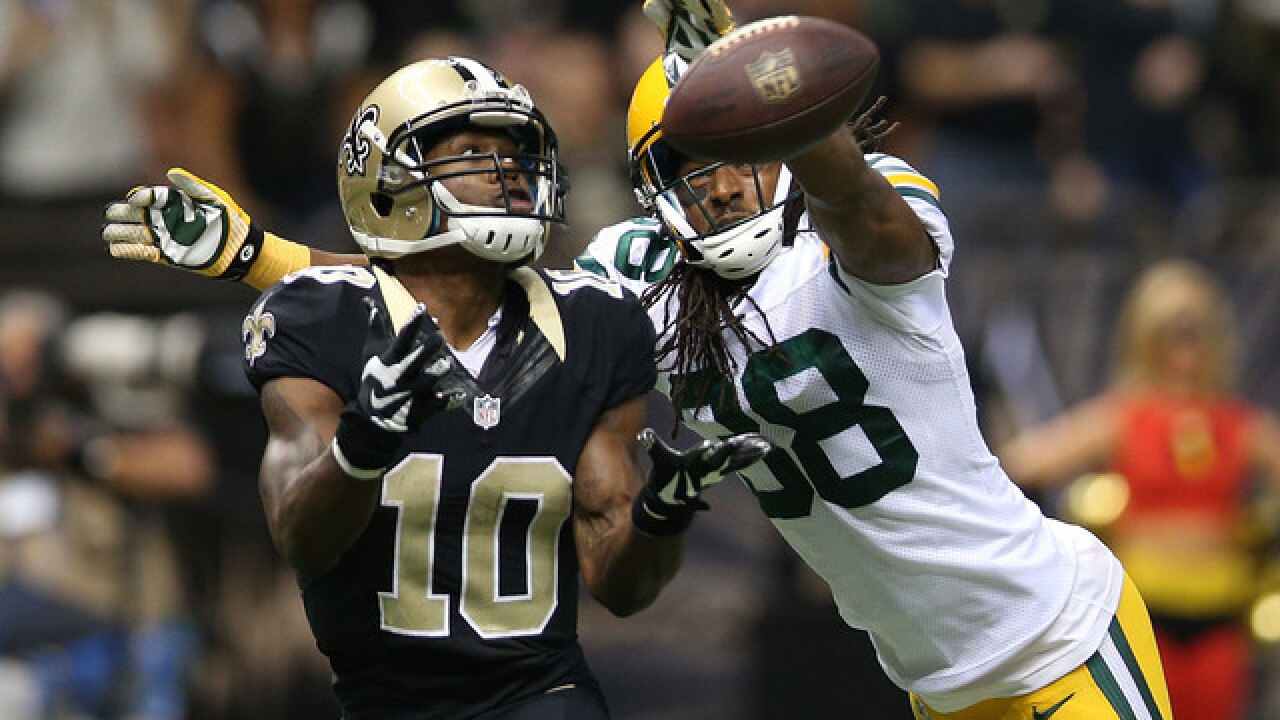 Copyright 2018 Scripps Media, Inc. All rights reserved. This material may not be published, broadcast, rewritten, or redistributed.
Chris Graythen
<p>NEW ORLEANS, LA - OCTOBER 26: Brandin Cooks #10 of the New Orleans Saints catches the ball for a touchdown as Tramon Williams #38 of the Green Bay Packers defends during the second quarter at Mercedes-Benz Superdome on October 26, 2014 in New Orleans, Louisiana. (Photo by Chris Graythen/Getty Images)</p>

REUNITED: Sources tell me CB Tramon Williams @HighRizer22 will be returning to the #Packers on a 2-Year Deal...He played there for 9 years and helped seal the #SBXLV victory...Much needed CB help is on the way @nflnetwork @NFL

The 35-year-old Williams played eight years with the Packers from 2007 to 2014 before departing for Cleveland in free agency.

Williams has played in 167 career games, has 32 career interceptions, and helped the Packers win the 2010 Super Bowl.

He played 13 games, starting 9, for the Arizona Cardinals during the 2017 season and intercepted two passes.