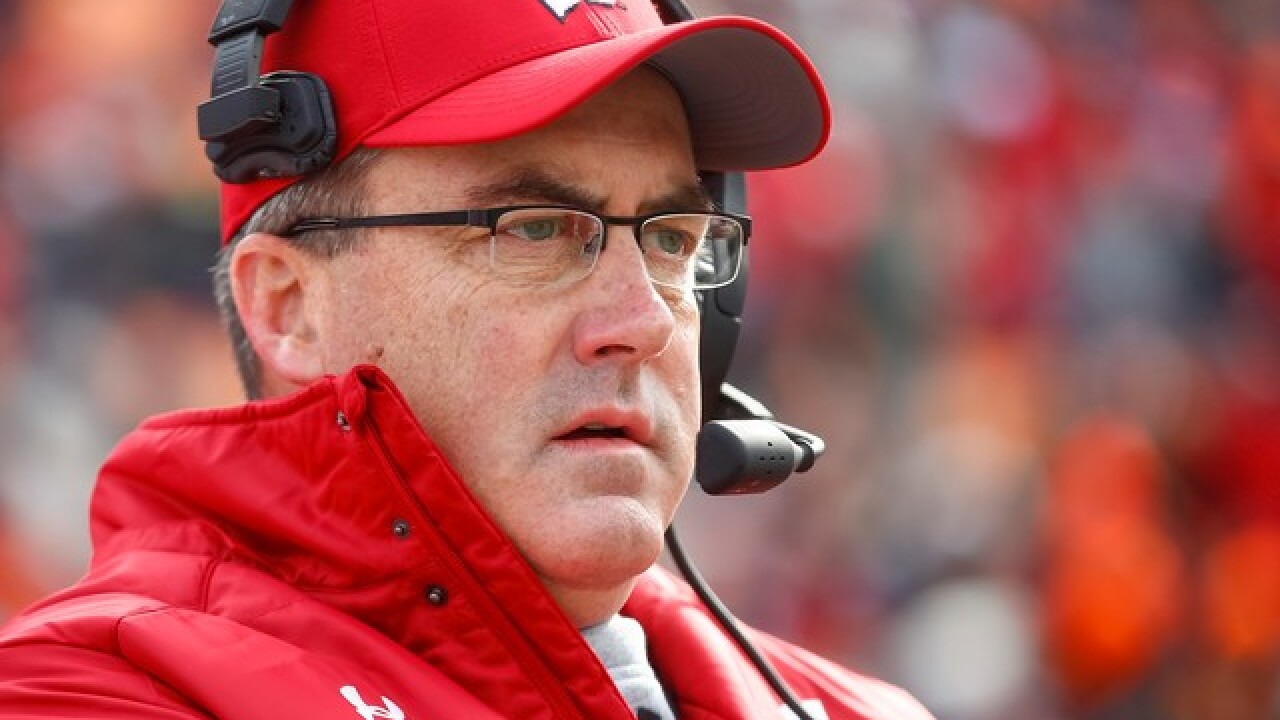 Copyright 2017 Scripps Media, Inc. All rights reserved. This material may not be published, broadcast, rewritten, or redistributed.
Michael Hickey
<p>CHAMPAIGN, IL - OCTOBER 28: Head coach Paul Chryst of the Wisconsin Badgers is seen during the game against the Illinois Fighting Illini at Memorial Stadium on October 28, 2017 in Champaign, Illinois. (Photo by Michael Hickey/Getty Images)</p>

After leading Wisconsin to its best regular season record in program history, head coach Paul Chryst has been named Big Ten Coach of the Year by both coaches and the media.

Three other Badgers earned Big Ten honors this year as well: Troy Fumagalli was named the Kwalick-Clark Tight End of the Year, Jonathan Taylor earned the Thompson-Randle El award for Freshman of the Year and Troy Vincent earned the Ford-Kinnick Leadership Award.

The Badgers are currently ranked No. 4 in the College Football Playoff Rankings. They face Ohio State in the Big Ten Championship game Saturday.