Packers' personnel evaluations ramping up with three practices to go 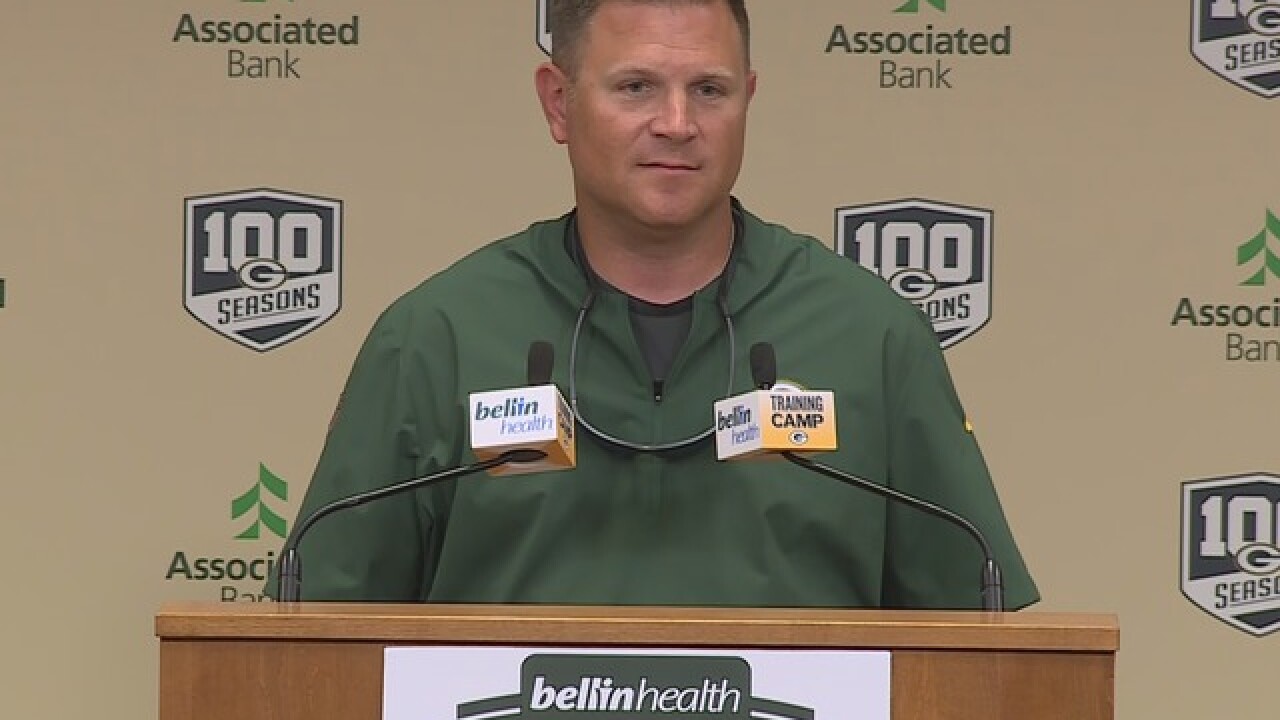 There are three more preseason contests on the slate for the Green Bay Packers, but there is less than one month before the regular season opener against the Bears on Sept. 9.

"There's not much time left in the training camp environment, because you know one thing about training camp, the opportunity to work later into the evening and those extra meetings are critical for development of your young players," Coach Mike McCarthy said before Monday's practice, one of four full practice sessions left for the Packers.

That means for General Manager Brian Gutekunst and his staff, evaluations are ramping up as the Packers head toward their second exhibition game.

"Getting into these games, this is where the evaluations really start to take place," Gutekunst said Monday. "We got through the first one and a lot of guys, their first time out there, they get through those jitters, so now it's kind of see how they react in the second and third one and see where we go from there."

Gutekunst alluded to the "inconsistencies" exhibited especially by the young receiver corps, which is a group that needs all the practice it can get before being called on for support in the regular season.

"I think we're always looking for trends, you know, are they trending in the right direction?" Gutekunst said. "There are always going to be a little bit of ups and downs, but as long as they're trending and they're working the way that we want them to, I think you kind of just let that process play out. We're still kind of early in the process. These next three games will determine a lot."