Deguara can play many positions - a big reason why the Packers used a third round pick on the Cincinnati tight end. 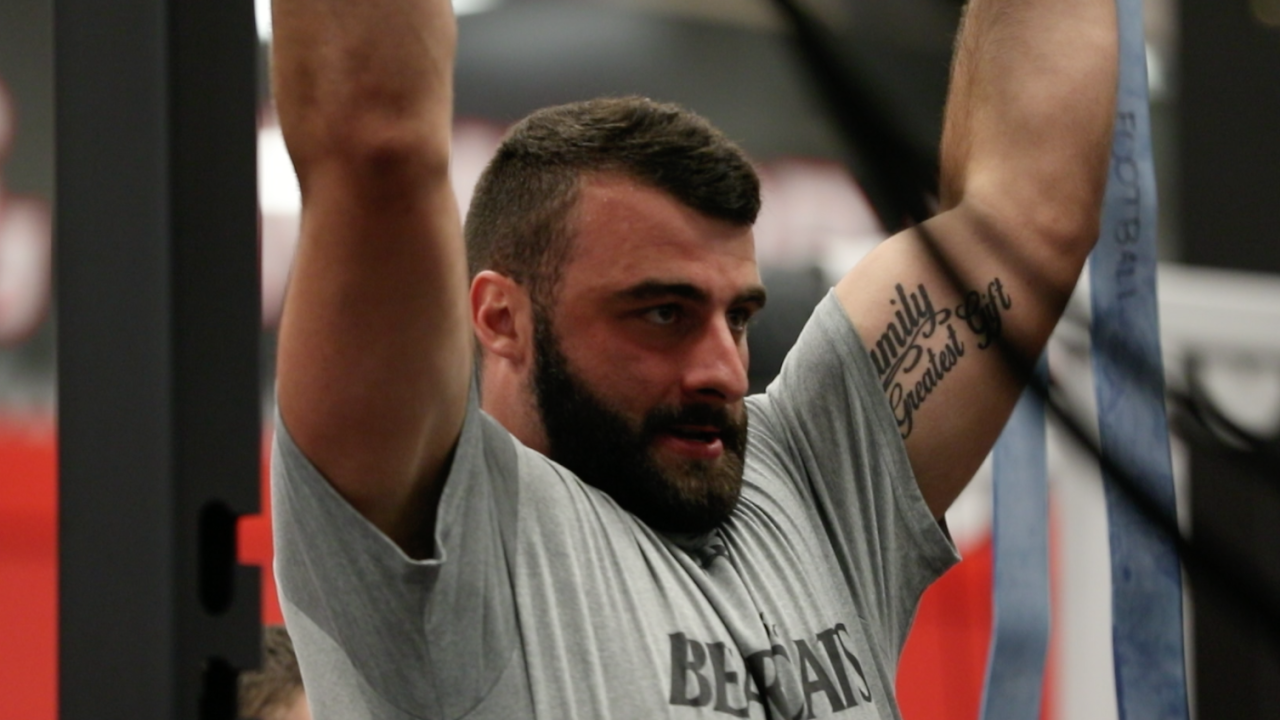 University of Cincinnati tight end Josiah Deguara believes his versatility allowed him to move up on NFL Draft boards.

"Teams have asked me if I could play fullback and H-back and I'm going to have to play a lot of special teams, and I believe I could do all that and do pretty well," Deguara told WCPO 9 Sports.

Deguara made a good impression on the Green Bay Packers, who grabbed him in the third round with the 94th overall pick Friday night. Deguara is UC’s highest draft pick since another tight end, Super Bowl champion Travis Kelce (No. 61 in 2013).

Deguara's draft stock went up after he had an impressive week at the Senior Bowl and posted some of the best numbers for his position at the NFL Combine. Deguara ran the 40 in 4.72 with 25 bench reps and a 35.5-inch vertical.

"That was a goal of mine," Deguara said. "I'm happy with what I was able to do on both those events, so definitely a blessing to just go out there and have that opportunity."

With the NFL switching over to virtual scouting due to the pandemic, Deguara thought he had an advantage over other prospects.

"At the Senior Bowl and the combine I met with probably every team... and then at the Combine was more meetings with tight ends coaches," Deguara said.

It also didn't hurt to have a resource in Kelce, who was once in Deguara's shoes.

"For homecoming, I got to chat it up with him a little bit," Deguara said. "We DM (direct message) back and forth. He says that if I need anything, to reach out to him, so it's totally cool to have that outlet."

Bengals head coach Zac Taylor was the UC offensive coordinator during Deguara's freshman season. The two got a chance to work together again during the Senior Bowl in January, and they picked up right where they left off.

Deguara would have liked to play at Paul Brown Stadium next season, which is just four miles away from Nippert Stadium.

"To be able to go out go back to Cincinnati and have a chance to play in the NFL there would definitely be an amazing experience," Deguara said. "The Bengals staff is super awesome. It was awesome to be able to work with them and get to know them a little bit more. Being able to reconnect with Coach Taylor was pretty cool."

But no matter who picked him, University of Cincinnati head football coach Luke Fickell thought Deguara would find a niche at the next level.

A 2019 team captain, Deguara had one of the best seasons for a tight end in school history, leading the team with 39 receptions for 504 yards and seven TDs.