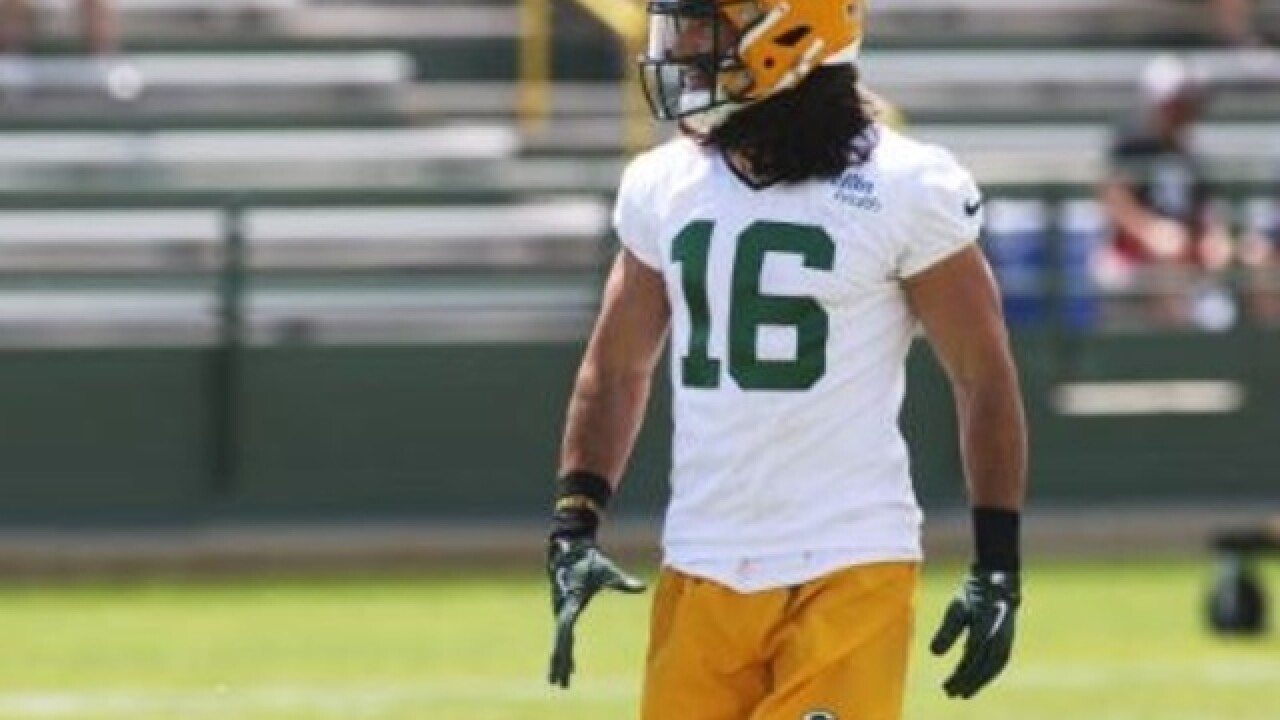 Wide receiver Jake Kumerow, picked up this offseason after initially being signed as an undrafted free agent by the Bengals in 2015, has been impressing early on in Packers training camp.

But the Bartlett, Ill., native feels right at home in Wisconsin, having played college football at the University of Wisconsin-Whitewater.

"It's like a dream come true, you know?" he said Tuesday. "Coming from a school in Wisconsin, there's so many Packers fans around and I always dreamed of coming to Lambeau and playing in games, so come preseason, I'm going to be ready to go."

He’s caught attention in camp but he’s also gained trust from the coaches and Aaron Rodgers - taking all-important reps with the first team in practice the last couple days.

"That's pretty cool to have 12 slap you five. That's a pretty good feeling for sure. Any of the quarterbacks I go with, though, they all throw pretty good balls. But going with Aaron's, you know, it feels good. It's pretty crazy," Kumerow said. "I try not to think about numbers and try not to think about what groups I'm going with or one's, two's, or three's. That doesn't really matter to me. I just try to go out there and perform to my best ability and try and make plays."

The Packers' wide receiver room is stacked, though, including three fresh draft picks, so it’ll be an uphill battle for any of the young receivers to make the final roster. But Kumerow’s leaping catch today as well as a spinning move that froze Tramon Williams in coverage are the latest good impressions he’s leaving — ones that he hopes will last.