What's next for Pettine's defense with Jake Ryan out for season 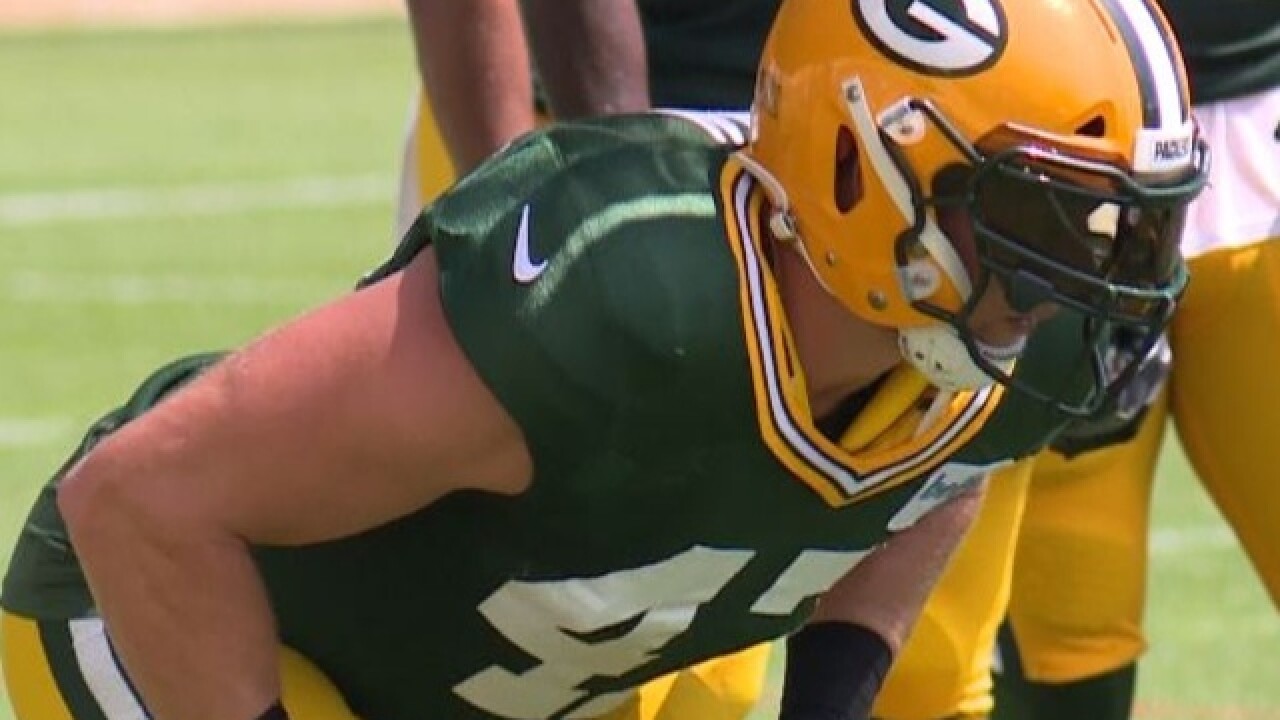 When Jake Ryan left Monday's training camp practice with a knee injury, everyone feared the worst. Those fears were confirmed Wednesday by Ian Rapoport; Jake Ryan has a torn ACL and will miss the entire 2018 season.

#Packers LB Jake Ryan has nene diagnosed with a torn ACL, source said. Was primed for a big season. Now his 2018 is over.

"It's tough," defensive coordinator Mike Pettine said. "Just seeing how much he put into it and preparation. Unfortunately that's part of it and you feel for him but at the same time, the train keeps moving."

Ryan started 12 games for the Packers in 2017 recording 81 combined tackles, one sack and one forced fumble. In his absence, rookie draft pick Oren Burks could earn a starting spot at left inside linebacker. Pettine said Wednesday that Burks has 'flashed some things,' but has a long way to go.

"The transition from the college game to the NFL, it takes some time," Pettine said. "He's very intelligent. He processes very quickly but there's still just that learning curve."

Pettine said the coaches will get together later this week to discuss roster needs.