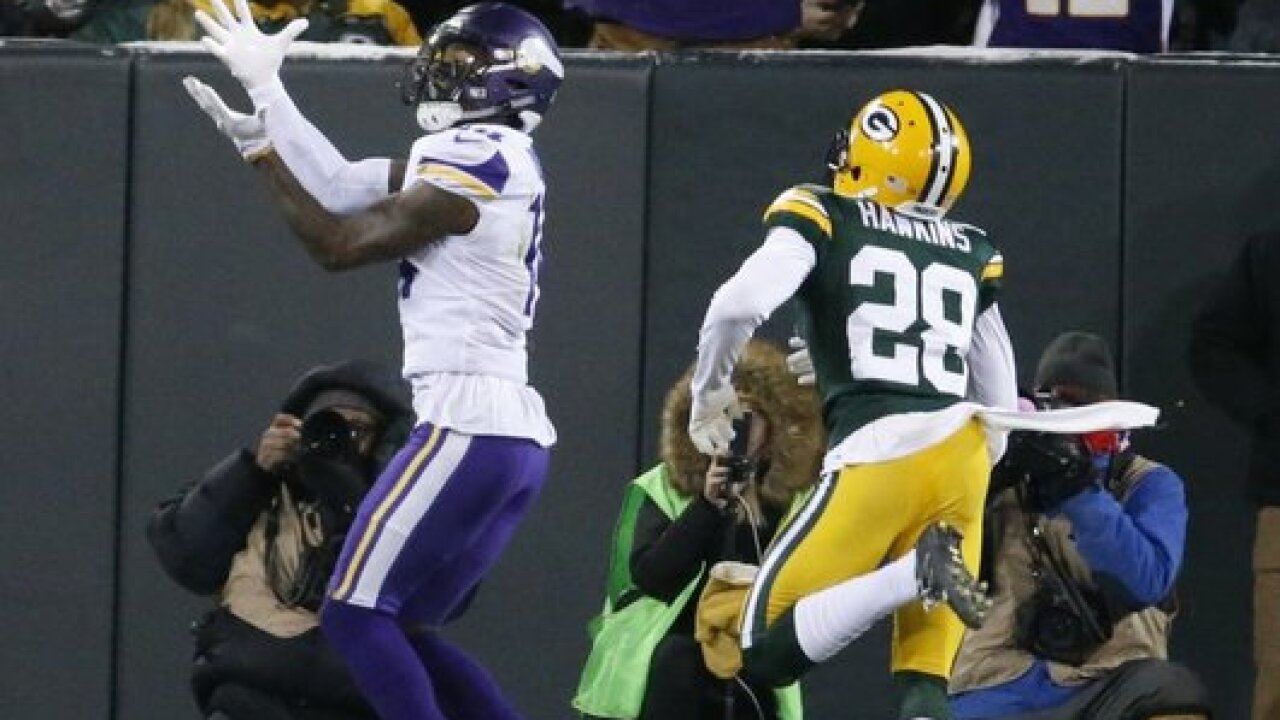 The Minnesota Vikings shut out an opponent for the first time in nearly a quarter-century, beating the injury-depleted Green Bay Packers 16-0 on Saturday night to stay in the hunt for a first-round playoff bye.

Stefon Diggs caught a 4-yard pass from Case Keenum just inside the back line of the end zone in the first quarter for the only touchdown. The Vikings (12-3) have already clinched the NFC North and can secure a bye if Carolina loses or ties on Sunday against Tampa Bay.

The Vikings forced an incompletion into the end zone on fourth-and-4 from the 14 early in the fourth quarter to turn away the Packers’ last best effort to get into the end zone. Safety Harrison Smith ended another Green Bay drive with an interception at the Minnesota 5 late in the second quarter.

The Packers managed to hold a 239-236 edge in total yards. They were still shut out twice in a season for the first time since 2006.

In the their defense, the team fielded a lineup that often looked like one that coach Mike McCarthy would send out for a game late in the preseason. The Packers have already been eliminated from playoff contention.

Brett Hundley was 17 of 40 for 130 yards with two interceptions in taking over at quarterback again for Aaron Rodgers, who returned to injured reserve this week after missing seven games earlier in the year with a collarbone injury.

The Packers didn’t have leading receiver Davante Adams, who is in the concussion protocol, then lost wideout Jordy Nelson and tight end Richard Rodgers to shoulder injuries in the first half.

Unable to connect on medium-to-long range passes, the Packers’ best plays came when Hundley broke free for big gains with his legs.

Not enough against the Vikings’ stingy defense.

Fans bundled up in parkas, huddled under blankets and sipped on free hot chocolate to stay warm. Purple-clad Minnesota backers celebrated in the stands on a night in which temperatures hovered in the single digits.

“Skol! Skol,” they chanted as if they were partying at U.S. Bank Stadium.

Packers: RT Jason Spriggs was carted off the field with what appeared to be a left injury on the first play from scrimmage. Justin McCray, who was starting at right guard for Jahri Evans (knee), slid over to tackle with Lucas Patrick taking over at guard. ... Out of playoff contention, the Packers appeared to play it safe with other injuries, ruling out Rodgers and Nelson, along with RB Aaron Jones (knee), after each player was hurt in the first half.

Packers: Wrap up year with a visit to the Detroit Lions, also on New Year’s Eve.