Tramon Williams looks to 'get things in order' 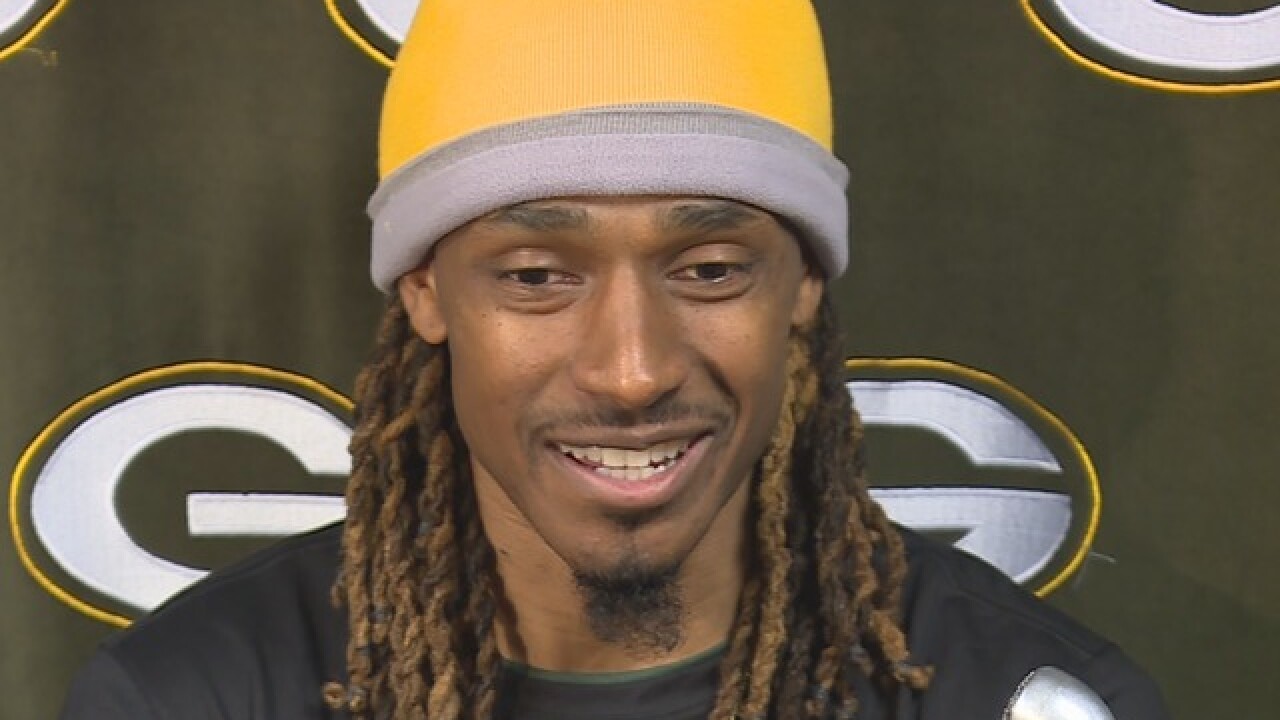 In nine seasons with the Packers, Tramon Williams' greatest memory is winning Super Bowl XLV. His worst memory, is likely his last one.

"Green and Gold runs through my blood," Williams said on Tuesday as the Packers returned for off-season workouts.

It's the first time the 35-year-old has donned the Green and Gold since the 2015 NFC Championship game.

January 18, 2015. The Packers saw a 16 point lead disappear as the Seattle Seahawks clawed their way back in the second half. With the game tied at 22 in overtime, Former Badger Russell Wilson delivered a perfectly placed 35-yard touchdown pass to Jermaine Kearse, granting a birth to the Super Bowl. Tramon Williams was tasked with guarding Kearse on the play, and despite a hounding effort, the catch was made and the game was won.

"To walk off the field, my last play as a Packer getting scored on to go to the Super Bowl," Williams recalled. It was clear the play still bothered him.

"It was the reason why I left, for me to grow," Williams said. "Now it's time for me to come back here and - I guess - get things in order."

After two seasons in Cleveland (under Packers current defensive coordinator Mike Pettine) and another in Arizona, Williams is back where it all started. Only this time, he's no spring chicken. At 35 years old, Williams is the oldest guy in the locker room and he hasn't started a full season since his last time in Titletown. Though, he doesn't see that being an issue.

"I feel great right now," he said. "A lot of people I talk to, they say I can do four or five more [years] easy but I told them it's if I want to do it or not."

The deciding factor could be whether or not Williams thinks he can earn another championship ring with the Green and Gold.

"I'm up for that challenge and I believe that we will be back in the big dance when it's all said and done," he said.