Rodgers on Matthews penalty: 'That's not roughing the passer.' 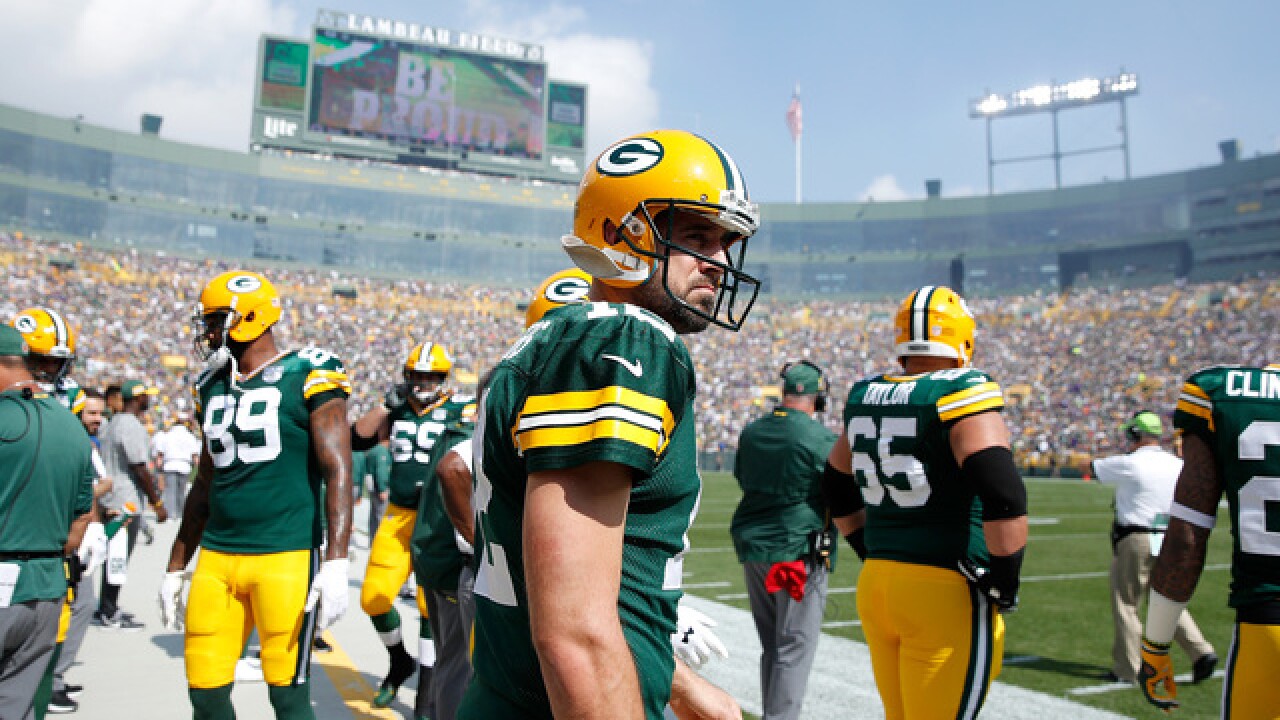 Copyright 2018 Scripps Media, Inc. All rights reserved. This material may not be published, broadcast, rewritten, or redistributed.
Joe Robbins
<p>GREEN BAY, WI - SEPTEMBER 16: Aaron Rodgers #12 of the Green Bay Packers is seen on the sidelines during the third quarter of a game against the Minnesota Vikings at Lambeau Field on September 16, 2018 in Green Bay, Wisconsin. (Photo by Joe Robbins/Getty Images)</p>

Three days after the fact, Titletown is still fuming about the roughing the passer call on Clay Matthews that - depending on how you look at it - cost the Packers a win against the Minnesota Vikings on Sunday. If you can't hit the QB the way Matthews did, what can you do?

"I know we joke but put flags on them," Matthews smirked. "We're getting pretty close to that."

It's officially #OnToWashington for the #Packers

"What are you going to do, call the league up, say a bunch of bad words to make yourself feel good? That doesn't work, trust me that's been tried by a lot of people over the years."

Of course, the Matthews hit on Kirk Cousins wasn't the only roughing the passer call in question on Sunday. In the second quarter, Vikings linebacker Eric Kendricks was flagged for roughing the passer on Aaron Rodgers, a call that even Rodgers himself couldn't defend.

"I don't know many quarterbacks who want those calls," Rodgers said. The one on me, I don't think that's roughing the passer either. What do you say to Clay? His head is out of it, his hand is on the ground, that's not roughing the passer. Same thing with Kendricks, what do you say to him on that? I didn't get up off the ground thinking, 'Where's the penalty?' I saw a late flag and couldn't believe there was a penalty on the play."