Rodgers says he has a sprained knee, did not practice Wednesday 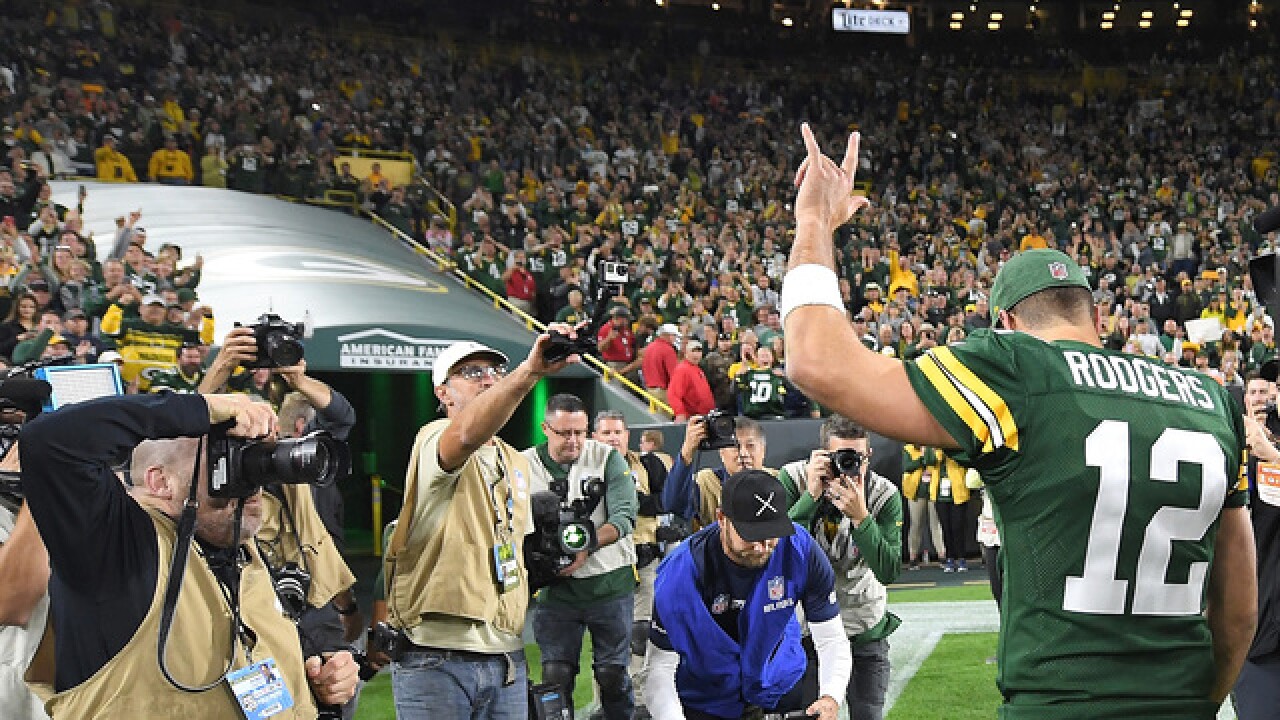 Copyright 2018 Scripps Media, Inc. All rights reserved. This material may not be published, broadcast, rewritten, or redistributed.
Stacy Revere
<p>GREEN BAY, WI - SEPTEMBER 09: Aaron Rodgers #12 of the Green Bay Packers walks off the field after a game against the Chicago Bears at Lambeau Field on September 9, 2018 in Green Bay, Wisconsin. The Packers defeated the Bears 24-23. (Photo by Stacy Revere/Getty Images)</p>

There are plenty of questions heading into week two of the regular season, but the biggest one; will Aaron Rodgers play on Sunday?

Rodgers called his injury a sprained knee on Wednesday and he did not practice with the team.

"It's super painful," he admitted. "You just have to suck it up and play through it. To be in this room, you have to be mentally and physically tough."

#Packers QB Aaron Rodgers provides an update on his knee injury & looks ahead to #MINvsGB in Week 2.

When asked if Rodgers would need to practice at all this week in order to play Sunday he simply replied:

If Rodgers is unable to go, DeShone Kizer would have a chance to make his Packers starting debut. The 22-year-old second year player posted a 42.9 quarterback rating, turning the ball over twice in three possessions in his brief appearance on Sunday against the Chicago Bears. Kizer also led the league with 22 interceptions last season as the starter for the Cleveland Browns.

"You can't play quarterback, period, if you don't take care of the football," McCarthy said. "It's a tremendous strength of Aaron Rodgers and how he plays the position. DeShone definitely needs to learn from those two plays."

Kizer says he would love a chance to lead the Packers out of the tunnel, but he has a larger goal in mind.

"I want to win a Super Bowl," Kizer said. I think that obviously we have the best player in the league in our locker room and if he's ready to go, I'm looking forward to cheering him on and doing whatever I can to help him but it's also my duty and my job to make sure I'm ready to go just in case he's not."