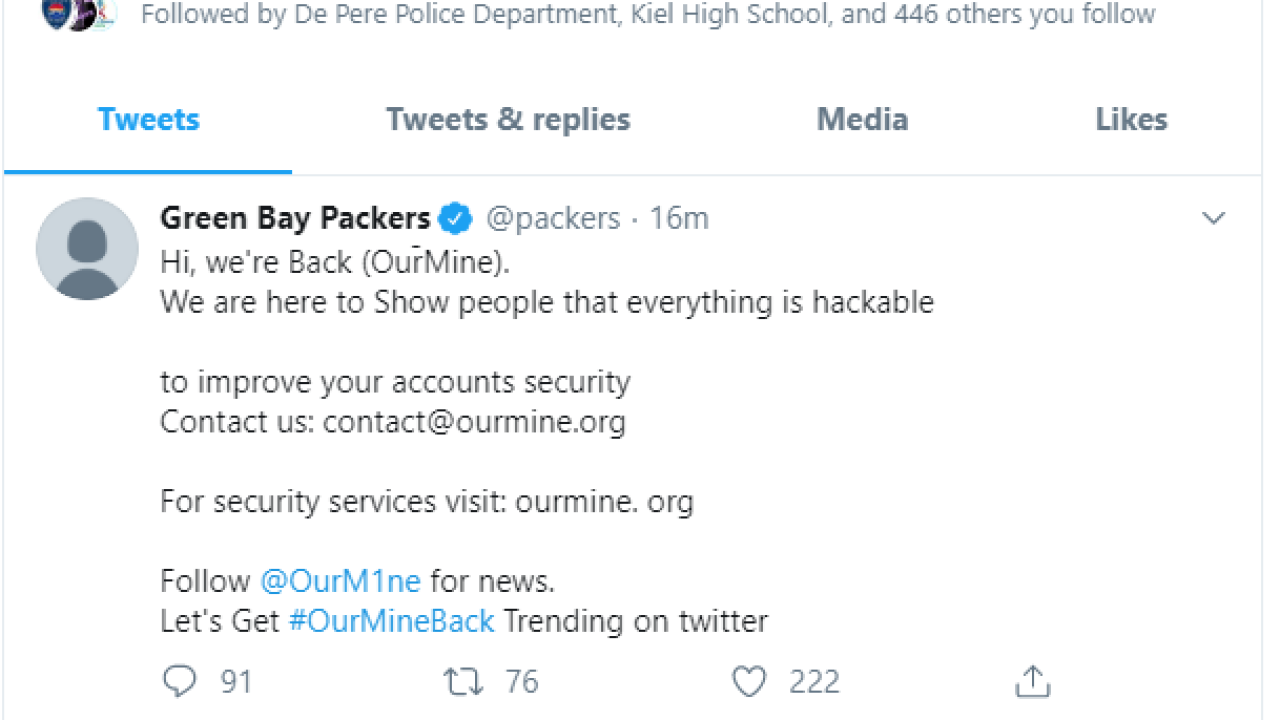 GREEN BAY — The Packers' Twitter page was hacked Monday afternoon by what seems to be the same group that hacked the Bears.

Around 12:24 p.m. on Monday, a tweet was posted from a group called OurMine, the same group that appears to have hacked the Chicago Bears on Sunday .

The tweet read, "Hi, we're back (OurMine). We are here to show people that everything is hackable." The tweet then went on to tell Twitter users how to improve their account's security.

In addition to the tweet, the group also removed the profile photo and header photo from the page.