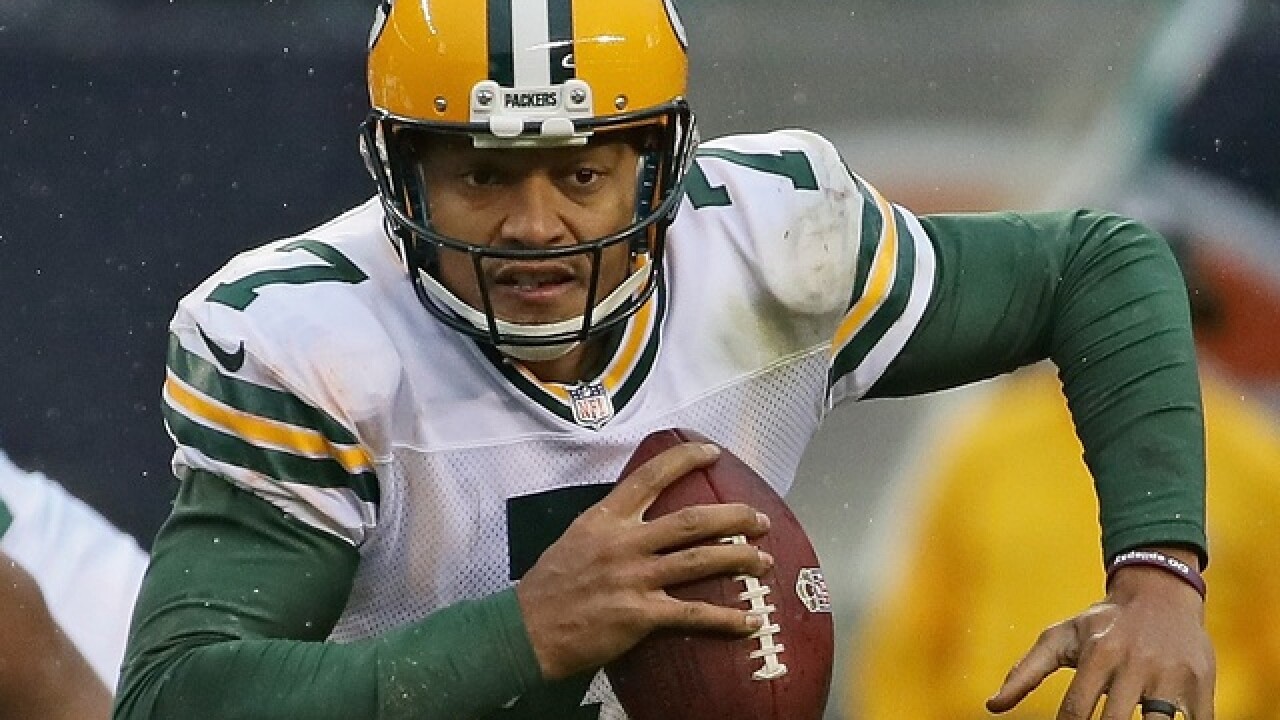 Slowly but surely, Brett Hundley is getting more comfortable as Packers starting quarterback.

Getting his first win after four games behind center was a sorely needed confidence boost .

It's time for Hundley to build on the positives from the 23-16 win last week over the Chicago Bears as the Packers get ready to host the Baltimore Ravens on Sunday.

"I feel a lot more comfortable now. But time flies, man, I'll tell you that much," Hundley said Wednesday. "My head's been down. I'm just grinding and trying to make sure I play the best for my teammates. Time is flying."

Hundley took over after two-time NFL MVP Aaron Rodgers broke his collarbone on Oct. 15 at Minnesota. Hundley lost his first two starts, against New Orleans and Detroit, before making clutch throws in the victory at Chicago.

He finished 18 of 25 for 212 yards with a touchdown pass to Davante Adams. A productive running game provided balance.

A key moment in Hundley's development came in the fourth quarter, when Green Bay coach Mike McCarthy called for a deep pass down the right sideline to Adams for a 42-yard gain to the Chicago 23 with 2:12 left. Adams made a nifty one-handed grab of an accurate pass into tight man coverage.

"I think confidence plays a huge factor and they're building that right now," receiver Jordy Nelson said about the connection between Hundley and Adams. "For Brett to be able to just put it out there and let it happen is huge."

Hundley tweaked a hamstring in the game, but did not miss a series. He was listed as a full participant in practice Wednesday, and Hundley said he felt no limitations with his mobility, which is a strength.

"I can't give a percentage, but I feel good," he said when asked if he would be ready for the Ravens.

In another positive development for the injury-riddled Packers, Rodgers took part in rehab and conditioning work on Wednesday. It's the first time he was spotted working out while teammates practiced since the injury.

"For a guy who just had surgery several weeks, you wouldn't be able to tell," linebacker Clay Matthews said.

The Packers have said Rodgers could be out of the year. Rodgers has said the conversation about coming back only starts if his collarbone is healed.

It will also depend on if the Packers are still in the playoff hunt. The win over the Bears snapped a three-game losing streak and kept them two games behind NFC North-leading Minnesota. A wild-card berth is also still within reach.

"At the same time, we've still got to hold up our end of the bargain and steal a few wins throughout these next several weeks in hopes that we've got a shot with (Rodgers) coming back," Matthews said. "We started with one last week. Hopefully we can get another one this week."

Notes: RB Ty Montgomery (ribs) did not take part in practice, though coach Mike McCarthy has said there is a chance Montgomery could play  Sunday. Otherwise, Jamaal Williams is likely to get the start at running back, with fellow rookie Aaron Jones (knee) expected to miss a few weeks. ... Starting S Morgan Burnett (groin) missed practice, while CB Kevin King (shoulder) and OL Justin McCray (ankle) were limited.