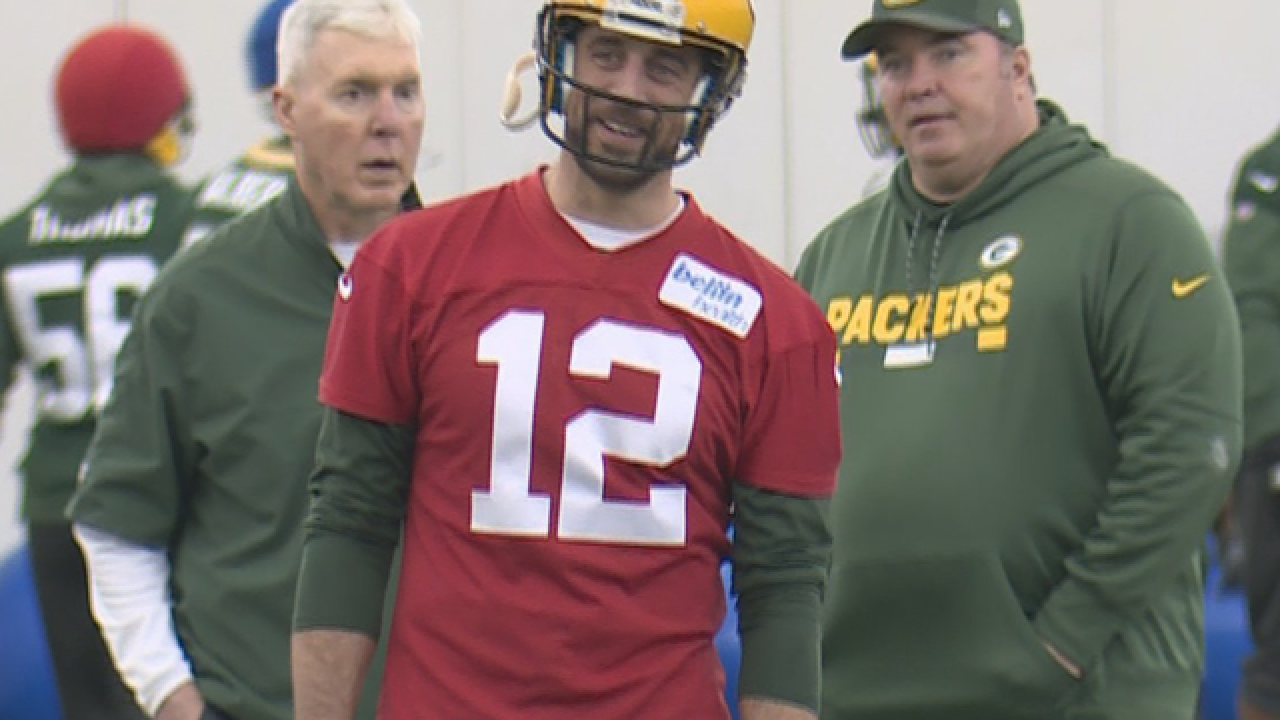 Practice continued just as usual Wednesday at Lambeau for the Packers, but there was a noticeable difference.

The pace was much faster and the intensity ratcheted up, according to players in the locker room, as Aaron Rodgers returned officially as Green Bay's quarterback.

"We really don't have too much time," wide receiver Randall Cobb said of reestablishing chemistry with Rodgers. "He's the greatest out there but he can't win by himself, and he knows that. And he relies on that, and us as teammates, we're going to continue to do everything that we can to put this thing in the best position to win and give us an opportunity to keep going."

"It's a huge boost. Just his presence alone makes people elevate their play. It's something I've seen over the past few years, whether it was practice when he's here," Adams said. "It's not like something was sloppy before or whatever, but it kind of forces everybody to boost it a little bit, just the small things, the attention to detail. Just how sharp he is with things, it forces you to kind of be the same way."

"Well I mean obviously you see the dropoff when he's not out there just simply because he's arguably one of the best quarterbacks in the league, and he means so much to this team not only on the offensive side," said linebacker Clay Matthews. "I think morale is still the same but the reality is we have our starting quarterback coming back."

Rodgers posted on social media Tuesday night that the Packers and team doctor Pat McKenzie had officially cleared him to play Sunday at Carolina.

It's been a long road from that day to this, but I'm happy to say I've been medically cleared to return. Thanks for all the love, support, prayers, and well wishes over the past 8 weeks ❤️ and a big thank you to Dr McKenzie and our incredible training staff. #riseagain #