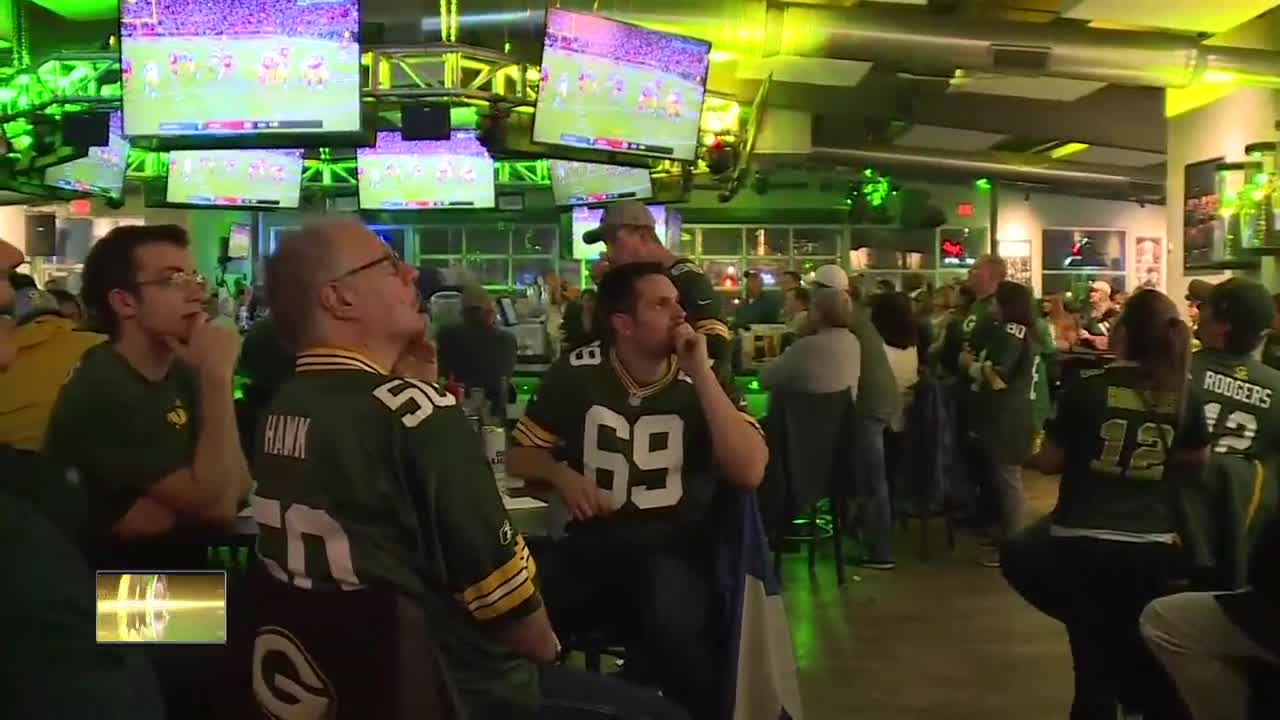 A tough loss Sunday night for Packers fans. Even though the Packers lost, fans say they never gave up hope.

GREEN BAY (NBC 26) -- A tough loss Sunday night for Packers fans. Even though the Packers lost, fans say they never gave up hope.

The night was filled with a roller coaster of emotions. Fans were hyped up before the game, then it kind of died down after the 49ers scored their 4th touchdown. However, fans had another shot of hope scoring their first touchdown in the 3rd, and then again in the 4th quarter.

Fans said they knew it was going to be a tough game. They say they were surprised though by just how tough it really was. 49ers fans at the Stadium View, obviously are happy, as Packer fans are now looking to a new season.

"I'm loving this game I'm loving it beyond all measures, they went through a rough couple of years but right now I believe they put all the pieces they need and I'm really loving this,” said Marquez Gollman, a 49ers fan.

“We gave a very young team and and coach, but for us to get this far with the young team and the young coach, is pretty great. I knew this game was going to be challenging so I was hoping we would play someone else,” said Karinda Jennings of Green Bay.

Packers fans are wishing Sunday's game would have ended differently. Overall, watching a tough game, kind of drained people out as many fans left right after the game. A few stayed out to celebrate just how far the Packers came though. Fans adding, they're going to shake this one off and are looking forward to the commercials during the Super Bowl.