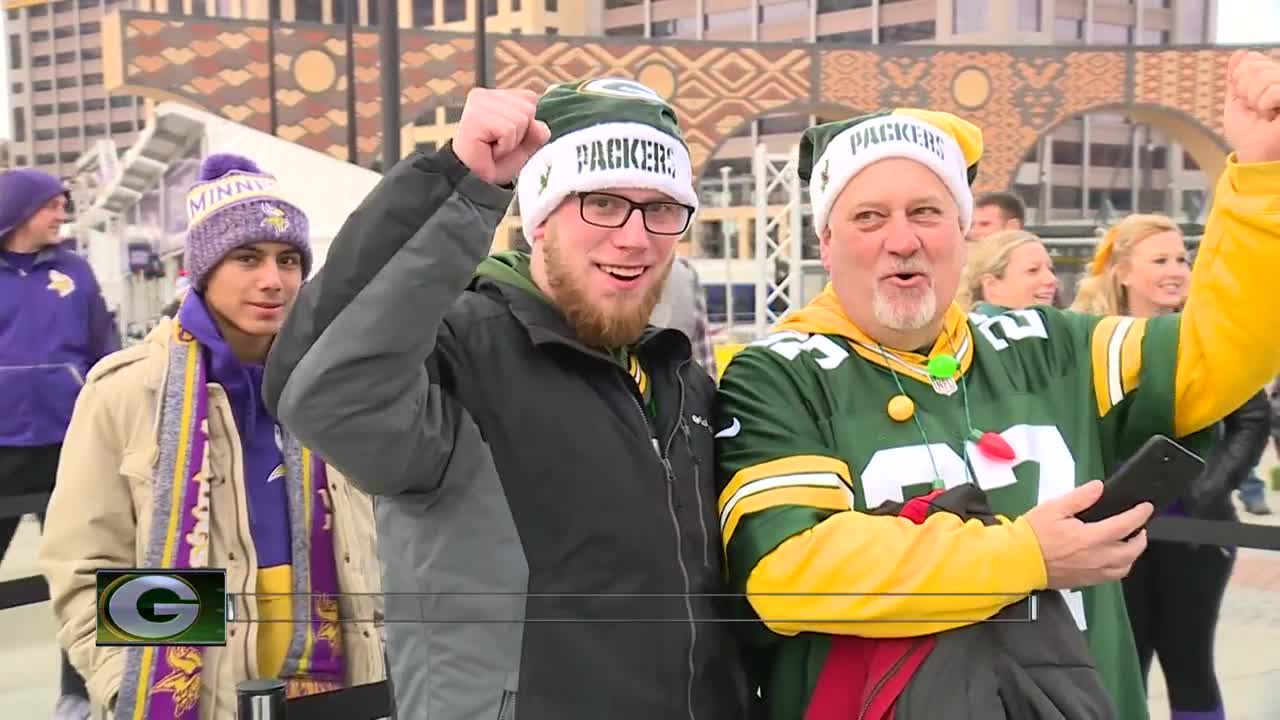 With home field advantage on the line, the importance of Monday night's game has fans both nervous and excited.

MINNEAPOLIS (NBC 26) -- With home field advantage on the line, the importance of Monday night's game has fans both nervous and excited.

Many fans have made the trip to Minnesota on Monday to cheer on the green and gold, hopefully to an NFC North title, which means at least one playoff game.

But fans are always looking ahead a little more than that. Win tonight, win next week, and fans say the packers will be primed for a postseason run.

“We win this game, take care of business, Seattle beats the 49ers, we're looking at the one seed,” said Tanner Komrosky, a fan from North Dakota. “It's tough to win at Lambeau in the late season, so, we have to go on the road I'm a little more skeptical but at any time I'm still under the belief that Aaron Rodgers can flip that switch and turn on the magic."

They hope that switch can turn Monday night. Fans say the offense is going to have to improve for that coveted trip to the Super Bowl.

There certainly is a lot more excitement here in Week 16 than what we've seen the past few years, so regardless of where this season goes, some fans said they're just enjoying the ride one game at a time.