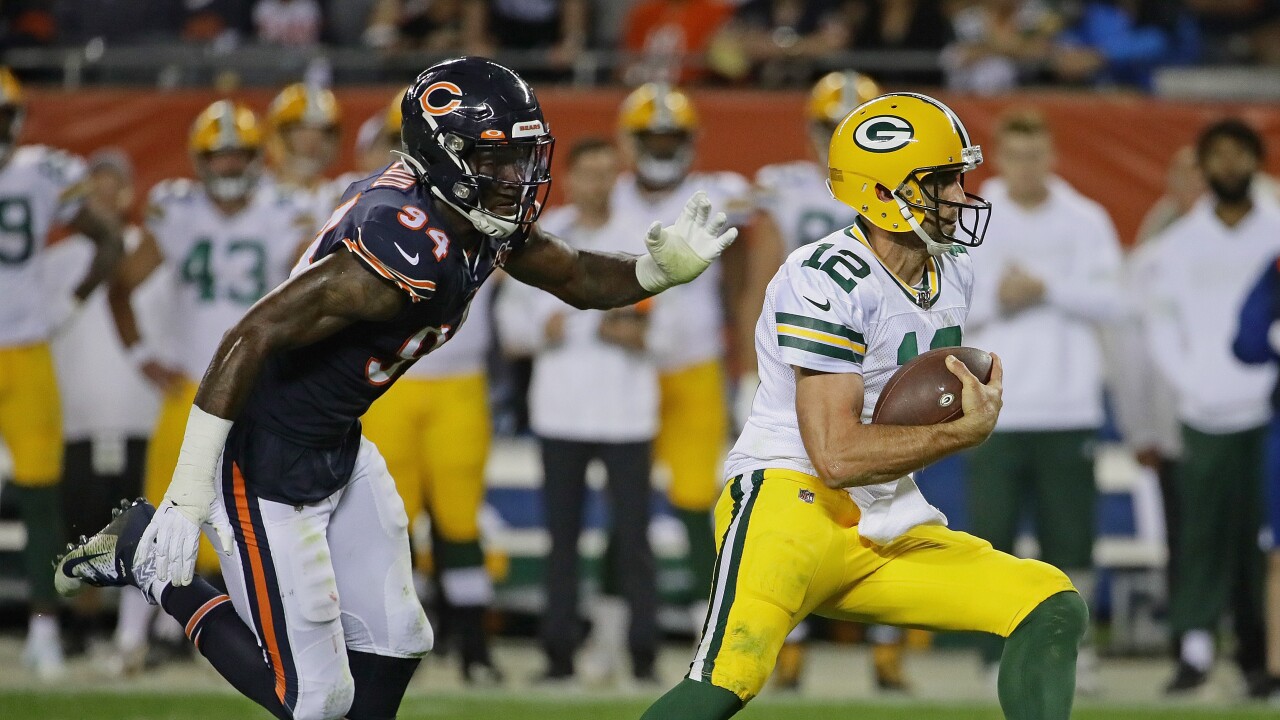 STAMFORD, Conn. (AP) -- The NFL kickoff game between the Green Bay Packers and Chicago Bears was the most viewed opener since 2016.

Green Bay's 10-3 victory on Thursday night averaged 22.7 million viewers on NBC as well as the network's and NFL's digital platforms. The viewer figures were released by the network and compiled by Nielsen and Adobe Analytics.

This year's game saw a 16% increase over last year, when an average of 19.6 million watched the Philadelphia Eagles defeat the Atlanta Falcons. The audience peaked at 23.9 million viewers between 9:15 p.m. and 9:30 p.m. EDT.

The ratings are good news for the NFL, which saw a 5% increase last season after years of declines.