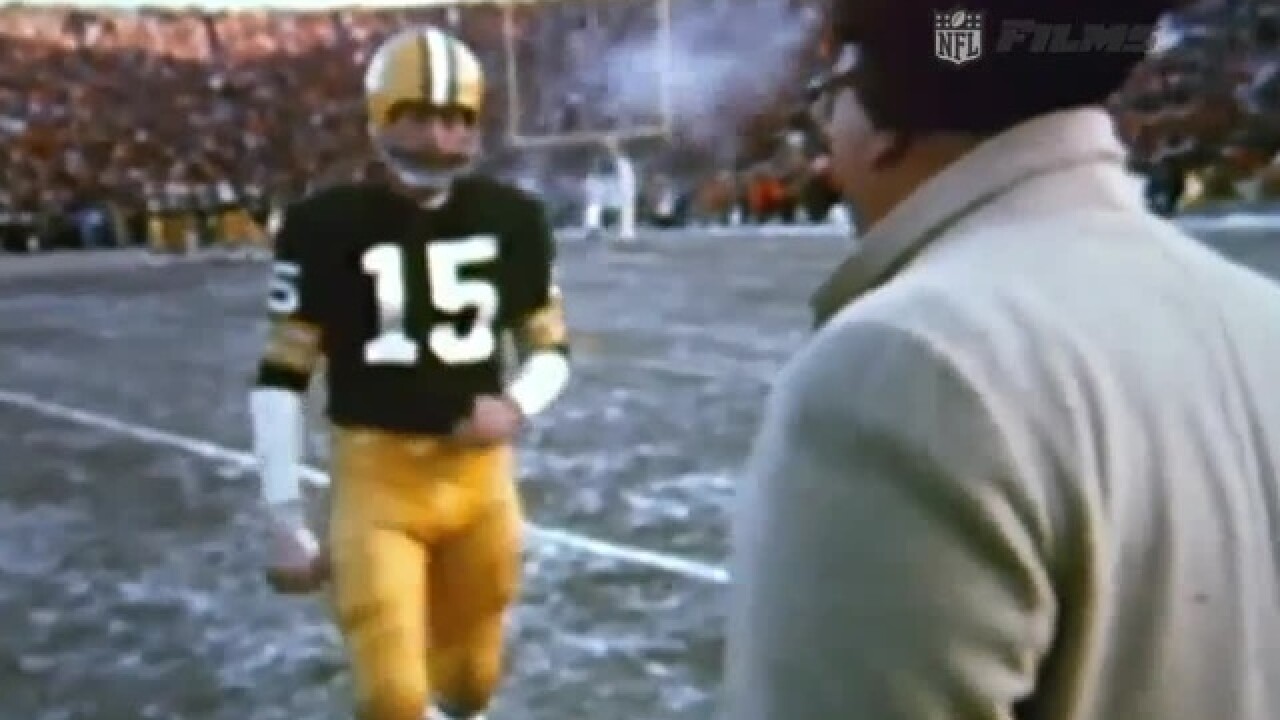 The 1967 NFL Championship game between the Green Bay Packers and the Dallas Cowboys was more than just a game. On a blistery December afternoon, the green and gold would battle wind chills of 40 below and a late deficit to quarterback sneak their way into the history books.

“One of the officials, either right before the game, or at the start of the game, blew his whistle and it stuck to his lips and it started bleeding,” says Packers Historian Cliff Christl.

The Pack battled the elements and a late 17-10 deficit to fight for their championship lives.

"You know, they're getting thrown to the ground and their heads kind of hitting that hard turf and snapping back. It just had to be brutal out there,” Christl says.

“I know after I left the game my feet felt like two concrete blocks,” Pigeon recalls.

“That game, it was just bone-chilling,” Wigman says. “But my wife was smart, she didn't come along.”

To stay warm, they had to get creative.

“Half brandy and half-peppermint in a cough drop bottle, cough syrup bottle. I should've had two of them with me to survive that day,” says WIGMAN.

They also called on superstition to will the team to victory.

“I had my camera at the game, was taking pictures. But I thought, if I take a picture of this, he's not going to score,” says Pigeon. “I would've had a great shot. I didn't take the picture, but you know what, he scored, so I guess it worked, right?”

For the players and the fans, the game was uncharted water in terms of competition.

“In 1967 it was still somewhat unusual for a team to win a football game on a length of the field drive in the final minute. It didn't happen on that often,” says Christl.

Not to mention environment.

Fifty-years later, Packers fans not only look forward to the coming chill, just treat it with a sense of pride.

“I think football always was a game that's played in the elements so that's what we tell people when they come to Lambeau Field. They ask about a roof on the stadium. I say, we play in the environment, in the elements,” says Pigeon.

“Even today, people talk about the Frozen Tundra of Lambeau and it's far from frozen. It froze one time. December 31, 1967 and that was it. It didn't freeze anymore after that. But that moniker stays with us forever,” Wigman says.

"It's considered the signature game in Packers history is because it was really the beginning,” says Christl.