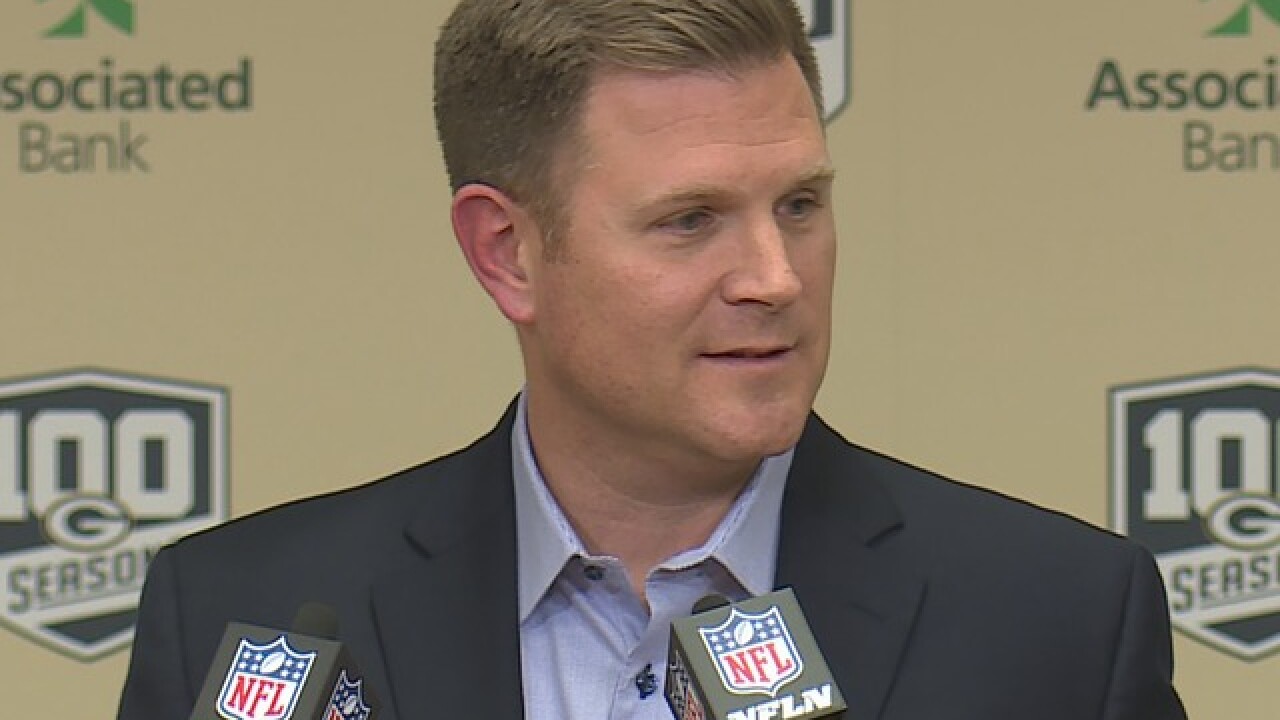 Many Packers fans are cautiously optimistic about the new regime of Packers GM Brian Gutekunst, who was a scout under Ted Thompson before taking over as general manager in January.

Gutekunst said he admired Thompson's patience during draft processes throughout the years. The former GM has been a part of the 2018 prospect evaluation process as well as the draft board creation process. Thompson will be in the Packers' draft room, too.

But considering Gutekunst attacked free agency differently than Thompson, there's reason to believe the new guard will be different than its predecessor.

"Everybody wants to say, 'best player available, but I think at the same time, when things become equal, when you have equal values of different players, certainly need factors in," Gutekunst said. "We work backwards a little bit from that. I mean the first thing is, can they play? If they can play, they don't meet our thresholds of corners, it's kind of a case-by-case basis. There's always the old saying - it might have been Tom Landry that said it - 'If you draft an exception, you end up with a team full of exceptions.' But I think it's player-by-player and obviously we do a lot of work to decide if that exception is one we want to take or if it's one we don't."

With the highest pick for Green Bay since 2009 and the most draft picks of any NFL team (12), Gutekunst has a massive opportunity to revamp the Packers' roster.

To acquire a top-end corner - one of the most glaring needs for the Pack - Gutekunst & Co. may have to make a big call to trade up for a Denzel Ward- or Minkah Fitzpatrick-caliber CB.

"I feel really good about how it looks right now and all the different scenarios and situations we’ve gone through," Gutekunst said. "I think we’ll probably have the ability to go up if we need to, go back if we need to or just stay and pick."

Gutekunst on the difficult decision to move up on the board to get a chance at a prospect #Packers really like: "What do you have to give up? What are the costs?"

As the Packers’ former director of player personnel before becoming GM, Gutekunst spent much of his time on the road scouting prospects, many of whom will be on the draft board this week. That, he said, will give him a unique perspective and advantage.

"The nice thing for me is through the course of this entire process is, for most of this process, I was out there. I was out all fall and saw a majority of these guys live," he said. "I don't think next year's draft I will have seen as many live players as I would this year, just because of the situation. During the fall, I don't know how many campuses I visited, but it's certainly more that I will next year."

The new Packers GM also said at this point, he just can’t wait for Thursday night to get here. Gutekunst and his staff will have a brief morning meeting, then he said he’s planning to go home for a bit and maybe squeeze in a round of golf, before his first NFL Draft as the Packers' GM.