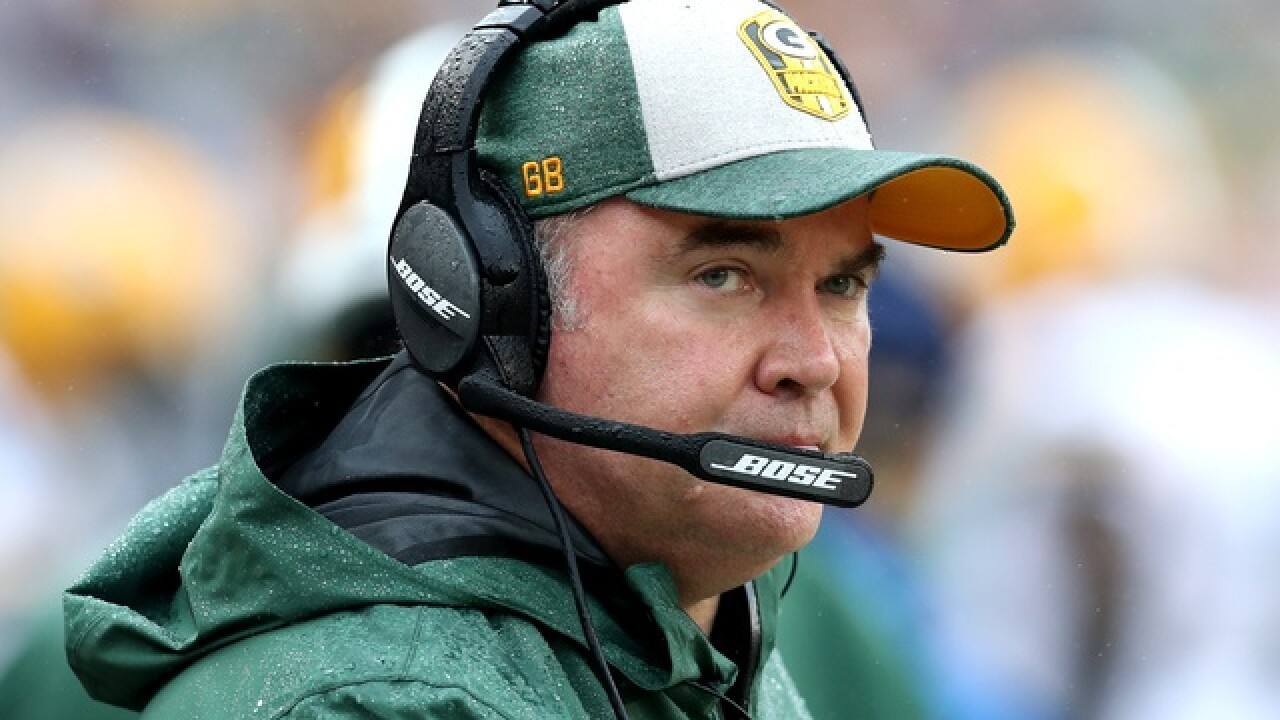 Mike McCarthy was given the rare opportunity to address the team that fired him in a farewell speech to the Packers.

As first reported by WTMJ's Doug Russell, McCarthy spoke to the team on Wednesday.

Packers President and CEO mark Murphy tells @620wtmj that former coach Mike McCarthy was at Lambeau Field yesterday, addressing his players one last time. "I think Mike wanted some closure with the players," according to Murphy.

"He did a fantastic job talking to the team," interim head coach Joe Philbin said. "Not just about football and winning football games but about his passion for the game. His love for the players was clearly evident."

"You could tell how much it meant to him," running back Aaron Jones said. "I just want to thank coach McCarthy for the opportunity to be a Green Bay Packer. His heart was here and he put his all into it."