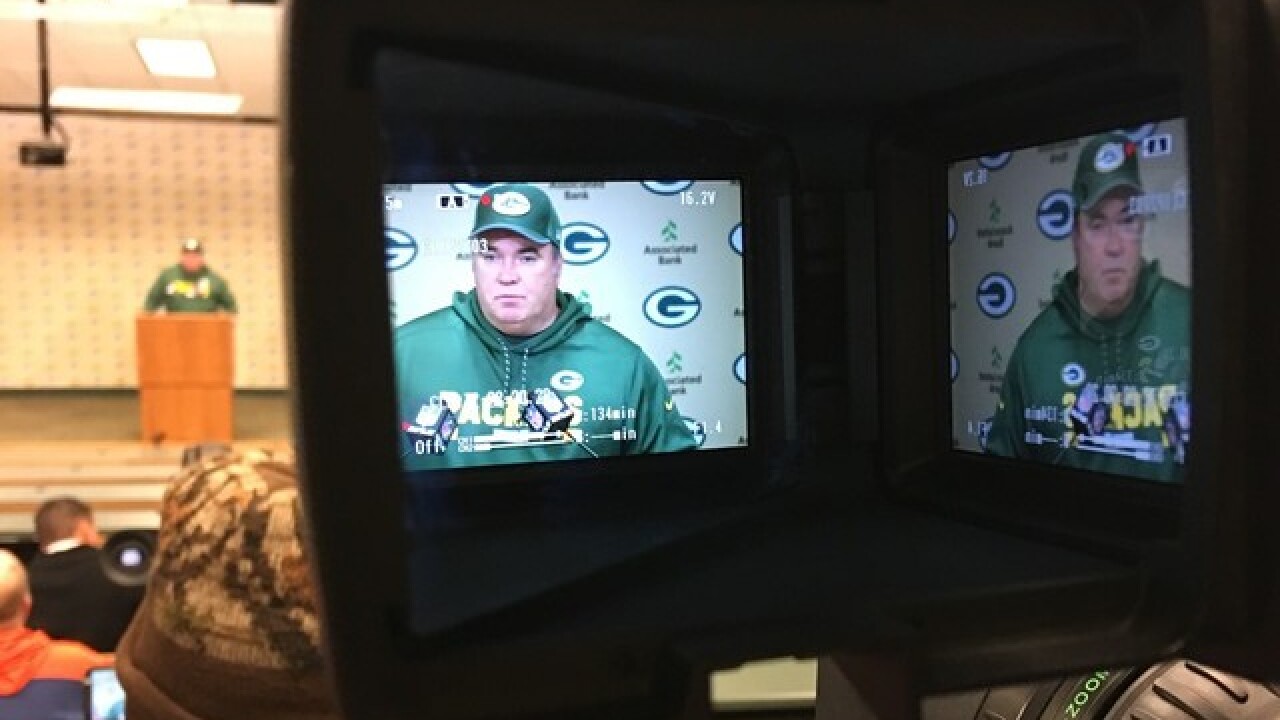 Head Coach Mike McCarthy said Tuesday during his press conference that starting quarterback Aaron Rodgers is preparing to play on Sunday after being medically cleared to return.

Rodgers has been on injured reserve since he broke his collarbone on October 15 during a loss to the Vikings. He had surgery four days later.

On Monday, Rodgers posted on social media that he had been medically cleared to play in Sunday's game at Carolina.

It's been a long road from that day to this, but I'm happy to say I've been medically cleared to return. Thanks for all the love, support, prayers, and well wishes over the past 8 weeks ❤️ and a big thank you to Dr McKenzie and our incredible training staff. #riseagain #

The Packers likely need to win their final three games of the season in order to make the playoffs. Those games include hosting the Vikings at Lambeau Field on December 23.

In Rodgers' absence, backup Brett Hundley led the team to a 3-4 record. McCarthy had high praise for Hundley Wednesday.

"His credibility is very high in the locker room, which is very important," he told the media.

Stay with NBC26 for the latest on Rodgers' progress.