Youth of new coaches stands in contrast to previous staff 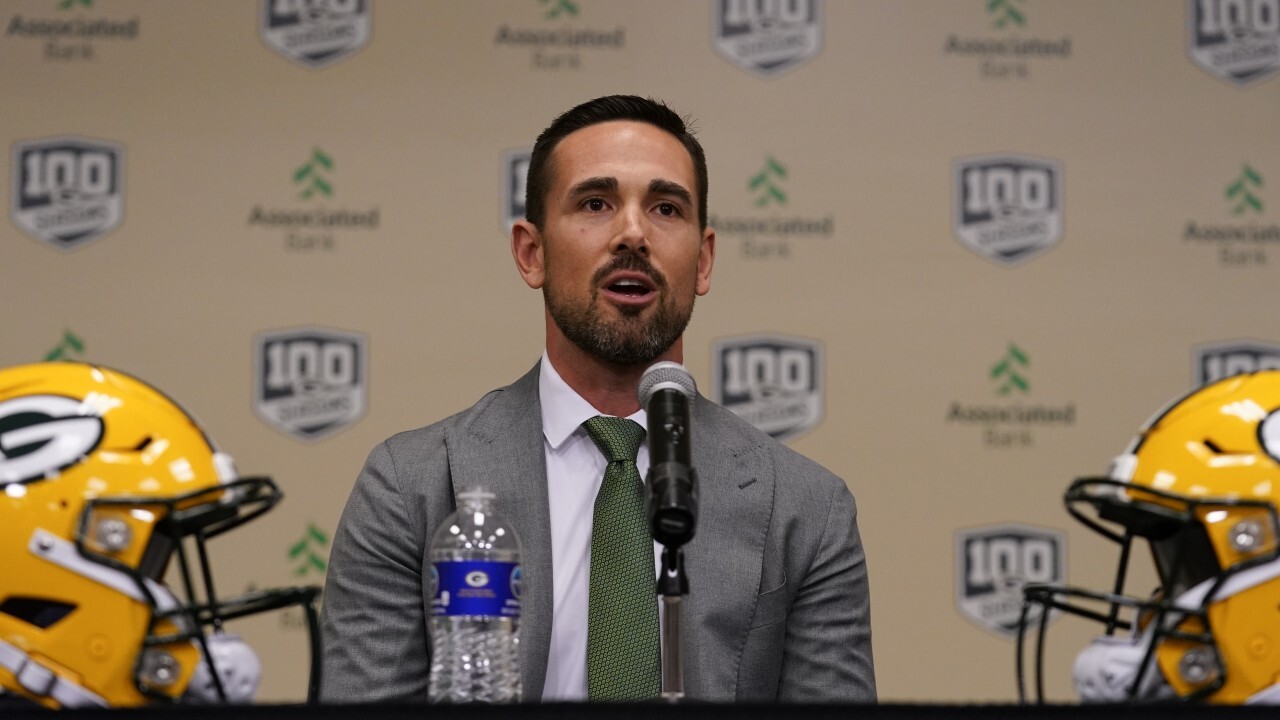 GREEN BAY, Wis. — "Energy," "enthusiasm," "excitement" were some of the nouns Packesr head coach Matt LaFleur and his new hires used most today to describe the coaching staff now assembled in Green Bay.

It's not just the excitement the new staff is embracing, but as they get to know each other in meetings this offseason, they're embracing their new peers' personalities and philosophies.

"The camaraderie I think is gonna be pretty good, too," said running backs coach Ben Sirmans, who was one of the few coaches from Mike McCarthy's staff retained by LaFleur. "It's not just the enthusiasm, but it's the fact that they have a lot of knowledge, so I think that helps a lot."

Echoing what Davante Adams told me at the Pro Bowl, LaFleur says he’s excited to see his young coaching staff “connect” with players. They’ll be high energy, but won’t bring egos, he says.

Sirmans joked he can't believe he's "one of the older guys" on the Packers coaching staff now. Most of LaFleur's hires indeed were under age 45. The new offensive coordinator echoed that sentiment.

"I can't believe I'm one of the older guys now," joked Nathaniel Hackett. "It's funny, looking at it in the past, I've always been one of the younger guys on the staff, and now one of the older ones. And I think as a coordinator, that's a big part of it. I think as a coordinator, it's about developing the coaches you're working with. And I think that's just primarily from teaching, from organizing, to making their job easier, so they're more comfortable in front of the group."

Offensive line coach and Marshfield, Wis., native Adam Stenavich said the opportunity to coach for his hometown team is surreal. But he's also excited to specifically be a part of the staff LaFleur has assembled in Green Bay.

"You know, we are young, but I think that we still have a lot of knowledge and a lot of experience in other ways," Stenavich said. "What we can offer is maybe a different perspective on things. But we all have a lot of energy, we're all very ambitious, we all probably have a different outlook than people have had here in the past who haven't been as young. But I'm excited about our staff. It's a bunch of really great guys and really great coaches."

While there is a lot of change coming the Packers' way, LaFleur and Hackett emphasized much of the same principles will "carry over" on offense. Hackett said many of the same concepts from the offense Aaron Rodgers has run his entire career will carry over, with different points of emphasis.

"When you take a guy like Aaron Rodgers, who’s a very good football player, he’s one of those guys we can do pretty much a lot of everything," said Hackett.

“We’re not really reinventing the wheel. We’re just trying to make it a little bit better.”

And for Packers fans pining for more Aaron Jones and Jamaal Williams, Sirmans also said to expect more of an emphasis on the ground game under Matt LaFleur's play-calling in 2019.

Hackett’s energy is definitely palpable, as advertised. He’s talking about being a part of the #Packers and is genuinely in awe of the opportunity. Says he can’t wait to get back upstairs and work more on football.

Meanwhile, on defense, Mike Pettine will anchor the Packers in his second year as defensive coordinator. LaFleur said the continuity he brings was key in his retention, and he looks forward to picking Pettine's brain for advice as a former head coach himself.

"Knowing Matt as I know him, I hired his brother in Cleveland, when he was hired, that was an easy decision for me (to stay in Green Bay)," Pettine said. "There's a lot of common ground, a shared philosophy."