Josh Jones present at first minicamp session but does not practice 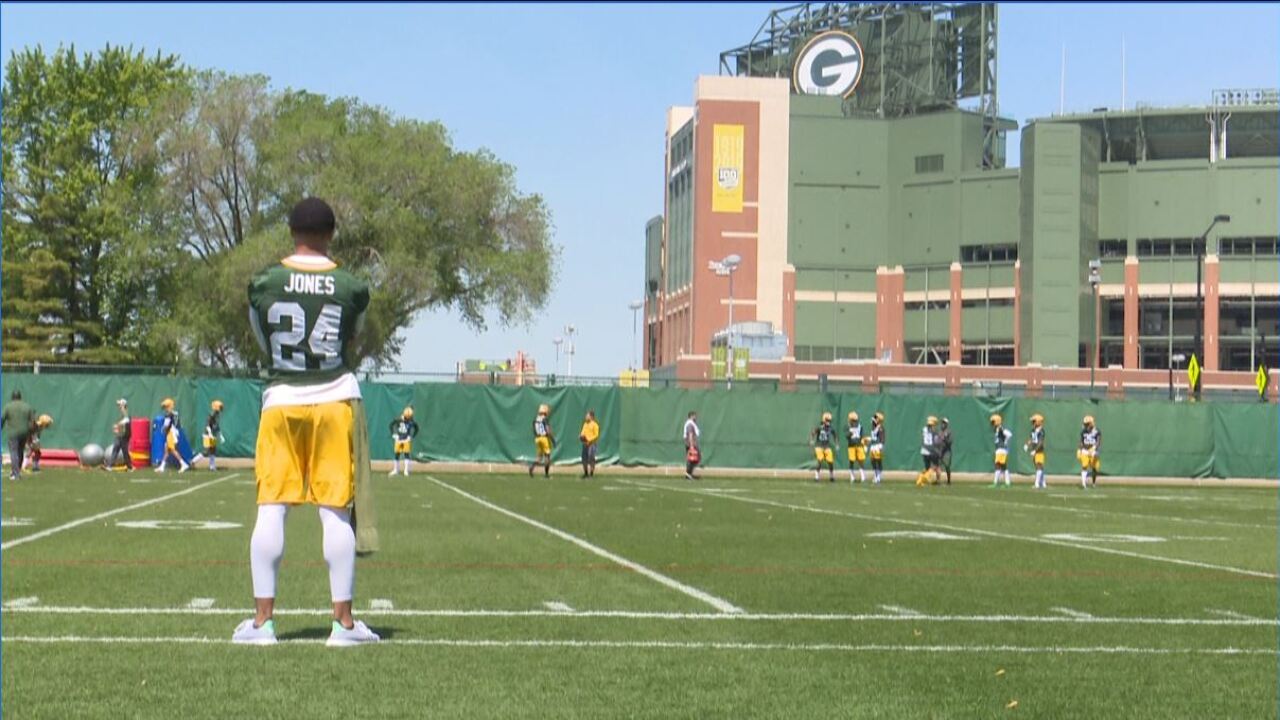 GREEN BAY, Wis. — Instead of facing a $14,775 fine, safety Josh Jones was at the Packers' first minicamp practice on Tuesday, after missing the voluntary portions of the offseason so far.

However, the 2017 second-round draft pick did not practice due to what he and the Packers called a hamstring injury.

When Jones was asked if he wanted to remain a part of the team, he said "that's out of my control," deferring comments to his agent, Drew Rosenhaus, and Packers GM Brian Gutekunst.

Gutekunst did not say whether or not the team was exploring trade options for Jones.

"I think it's more about what our team's desire is, and right now we're kind of working through that," he said. "But he's a very talented player. He's shown that on the field at times. So we'll go along, see how it goes."

Jones was absent for the Packers' voluntary offseason activities, including OTA's in late May and early June.

"Obviously Josh wasn't here in the voluntary session," Gutekunst said. "He got back yesterday. It was good to see him, get him in the building. He's dealing with a little bit of a hamstring (injury). But there's been constant communication with us and his agent, so we're kind of going from there."

Head coach Matt LaFleur echoed that he has been in "constant communication" with Jones after saying during OTA's that he hadn't talked with Jones, then reportedly requesting a trade.

"I think he's a versatile guy," said LaFleur. "He can fill a lot of roles, especially in (Mike) Pettine's defense where we're going to play multiple defensive backs and you know, put these guys all over the place. I think he's a talented young player who I think can help us."

"I'm a fantastic player that can do a lot of things," Jones said. "I can help a defense out, but obviously that comes down to a number of things. But I'm confident in my abilities and what I can do despite what any of you guys may say or what anybody may say. I stand 10 toes on what the good Lord blessed me with."