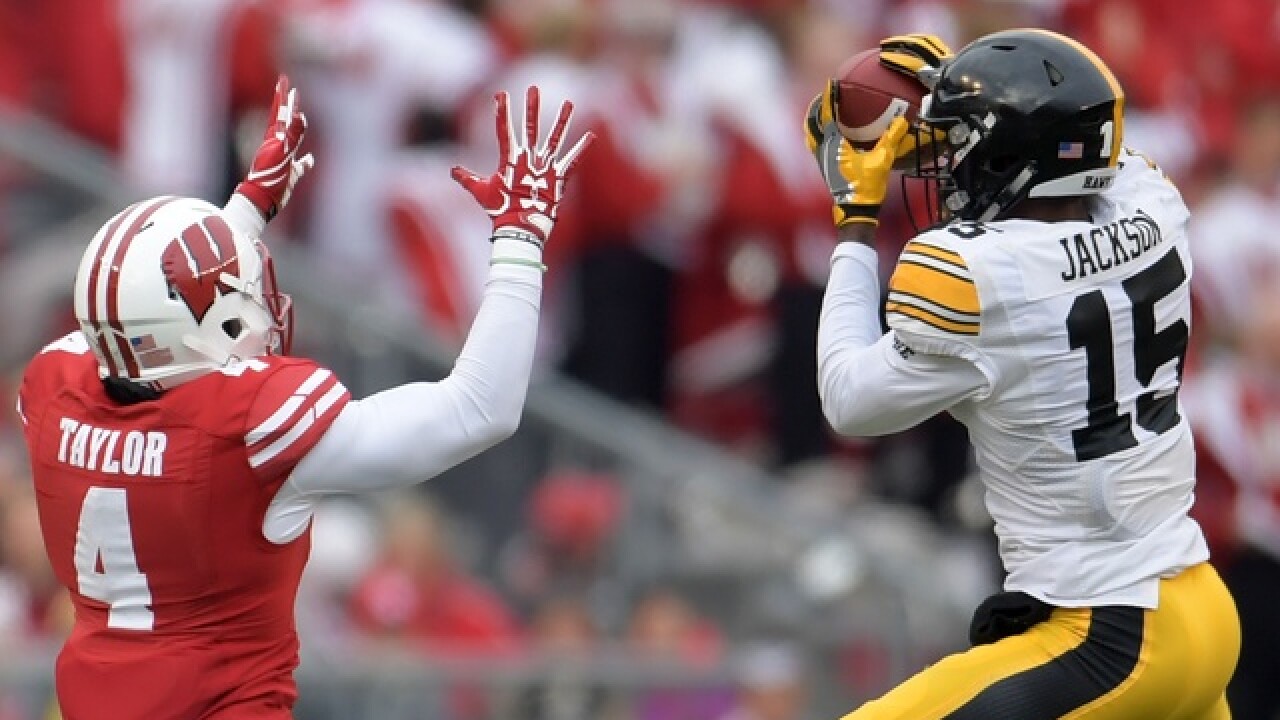 The Packers announced they officially signed CB Josh Jackson on Thursday. The Iowa product led the nation in interceptions with eight last season, taking back two of those for touchdowns.

Jackson started just once as a redshirt sophomore in 2016 before taking the starting role by storm in 2017.

"Always (had) a good work ethic, a good athlete obviously, just took him a while to put things together," Ferentz said of Jackson. "We thought he'd play well this year, but right from the start, he just had a knack of being in the right place at the right time."

In Iowa's 55-24 rout of then-No. 3 Ohio State, Jackson recorded three picks, one of which was a Odell Beckham Jr.-type, one-handed grab.

"He had that one interception against Ohio State, which, you know, you can't teach what he did there. It was just a really athletic play," recalled Ferentz. "He works at it, he studies, a very attentive young guy, and combine that with good skills, it gives you a chance to be a good player."

Jackson forced six turnovers in consecutive games between Ohio State and Wisconsin, including five interceptions and a forced fumble. Badger fans will remember Jackson bringing two picks to the house at Camp Randall, the only points Iowa put on the board in a 38-14 loss to then-No. 6 Wisconsin.

The 6-foot, 196-pound Jackson ran a 4.56-second 40-yard dash but his body of work as a Hawkeye shows his athleticism and physicality, picking off the likes of Bills first-round pick Josh Allen in 2017's first game and reportedly not allowing a touchdown pass after Week 4.

Ferentz sees some of the resemblance, but perhaps not as much.

"Josh is kind of the opposite. Josh is more athletic than those other players, but it took him a while for the football part to catch up," Ferentz said. "So they're kind of alike, but they're not alike. But the commonality is... (they) ended up being good football players for us and as DB's, they not only really know how to play the position but all three of them have good ball skills that's not necessarily a given."

Green Bay hopes that play-making ability translates to the NFL this season and that its first two 2018 NFL Draft picks, Jackson and fellow corner Jaire Alexander, can help upgrade a secondary that gave up 30 touchdown passes last season, tied for the second most in the NFL.