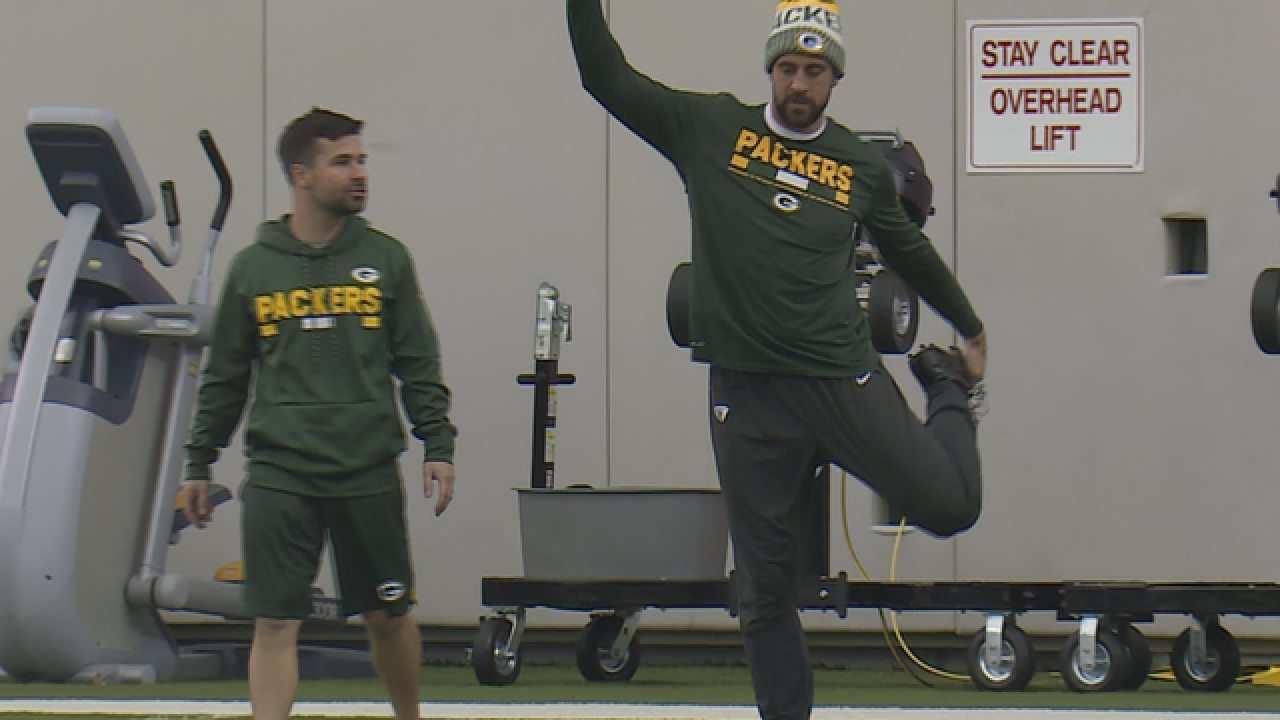 Aaron Rodgers' return is a go.

The Green Bay Packers' two-time MVP quarterback, who was placed on injured reserve after breaking his right collarbone Oct. 15 against Minnesota, is on track to practice Saturday, coach Mike McCarthy said.

"He's got a workout today that we'll obviously evaluate," McCarthy said Friday. "We're looking tomorrow to potentially practice him in a trial return. That's the outlook."

Rodgers had surgery on Oct. 19 and was placed on injured reserve the following day. NFL rules allow teams to bring back two players off injured reserve. Those players must be sidelined for a minimum of six weeks; Friday marked six weeks for Rodgers.

"You saw him throwing out there in Pittsburgh," quarterbacks coach Alex Van Pelt said Thursday. "He's doing well. He's getting healthy and he's following right along in rehab. He's probably ahead of the curve a little bit, but there's really not anything to talk about until there's something to talk about."

Now there is something to talk about. If the Packers (5-6) can stay in the playoff race by beating Tampa Bay (4-7) on Sunday and Cleveland (0-11) next weekend, Rodgers could return for the Dec. 17 game at Carolina.

Rodgers' potential return to practice should provide a lift for a team that lost the Minnesota game and four of the five starts by Brett Hundley.

"Absolutely, I think it's a big deal when you see your leader out there," McCarthy said. "The guys have been able to watch him work here the last couple weeks. He's been going through the fundamental part of it. That'd be great to have him out there."

Among those players who saw Rodgers' workouts was outside linebacker Clay Matthews, who rehabbed with Rodgers last week while nursing a groin injury.

"This past week, being a part of that rehab group, to watch Aaron, what he's been doing in there, I think we probably should have kept him off IR," Matthews said Wednesday. "The way he's coming along, some of the balls he's throwing, accuracy-wise, everything a quarterback has to do is pretty remarkable."

Even if Rodgers returns to the lineup, the Packers face a challenging final three games with contests against the Panthers (8-3), Minnesota Vikings (9-2) and Detroit Lions (6-5).

"If we can go out and win these two in a row and get A-Rod back, things are going to turn around," safety Ha Ha Clinton-Dix said.

Notes: Green Bay will be without at least two key players against Tampa Bay as McCarthy ruled out cornerback Kevin King (shoulder) and running back Ty Montgomery (ribs).