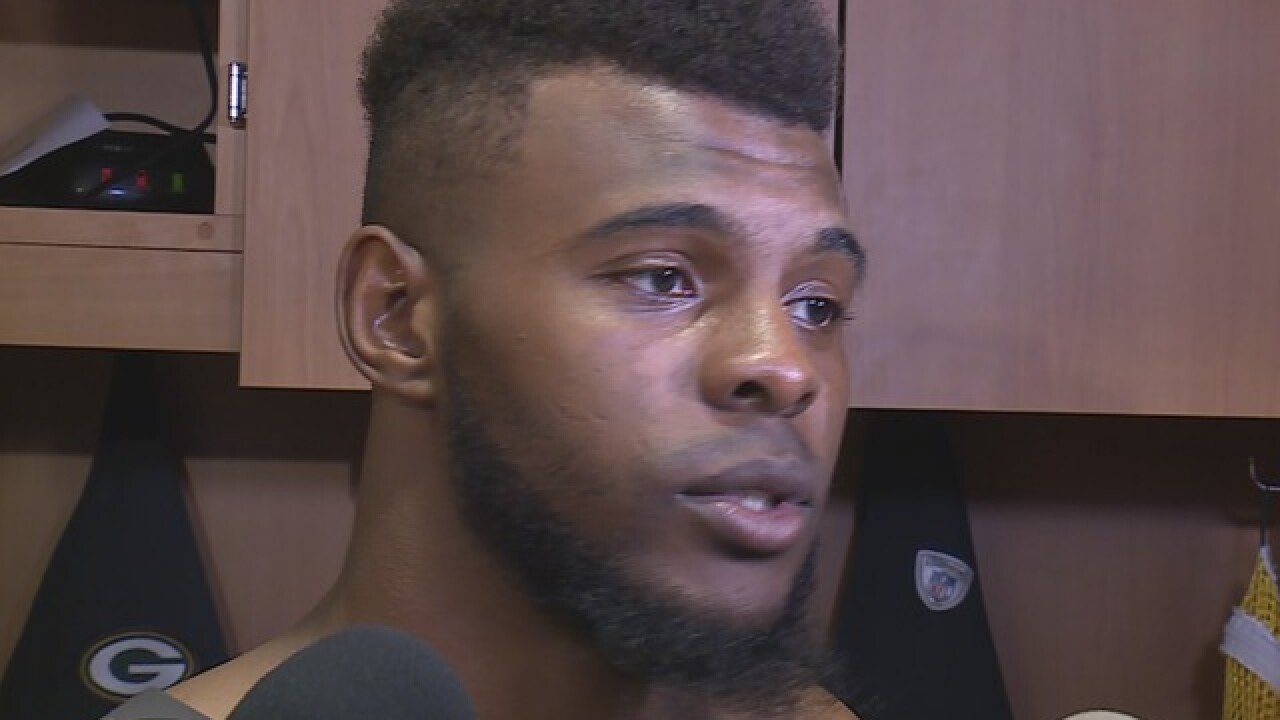 Midway through the preseason, the Packers have just two more training camp practices. That could be problematic for running back Devante Mays, last year's seventh-round draft pick, who, according to coaches, was starting to turn a corner on a rough rookie year.

Mays tweaked his hamstring on a freakish play after running in a touchdown early in camp and has been losing out on valuable practice and preseason reps.

So now making the 53-man roster might be a bit of a wait and see for Mays.

"It's a huge factor to overcome," Coach Mike McCarthy said. "Not to be cliche here, but availability is the most important ability. There's no way around that."

"There's a sense of urgency," said Mays. "I want to get back out there as soon as I can, but I also want to be smart with it because if I try to push it too fast and go back out there, then it's more disappointment and stuff. I just want everything to happen the way it's supposed to happen."

Also on the injury report is Jamaal Williams, who tweaked his ankle against the Steelers. And then there's Aaron Jones, who has been out most of camp with a hamstring injury. Jones returned to team drills today, which is a good sign for the Packers, who probably want to get him playing time Friday against the Raiders.