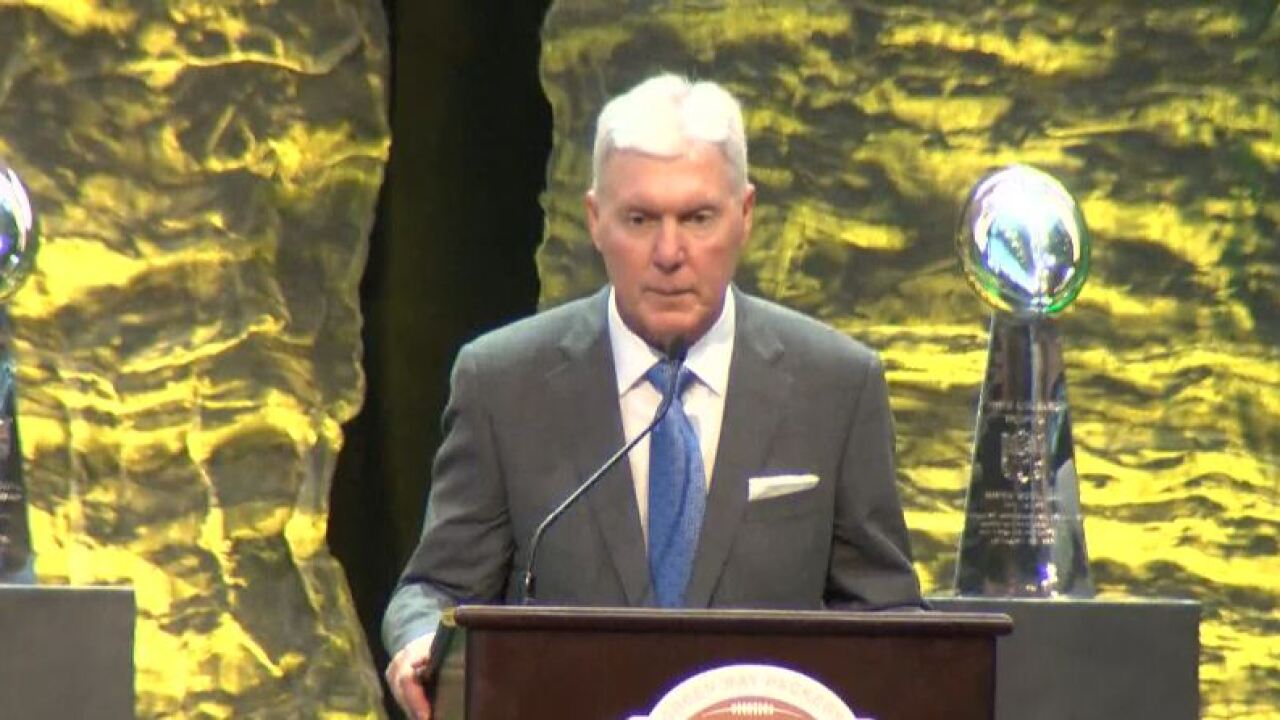 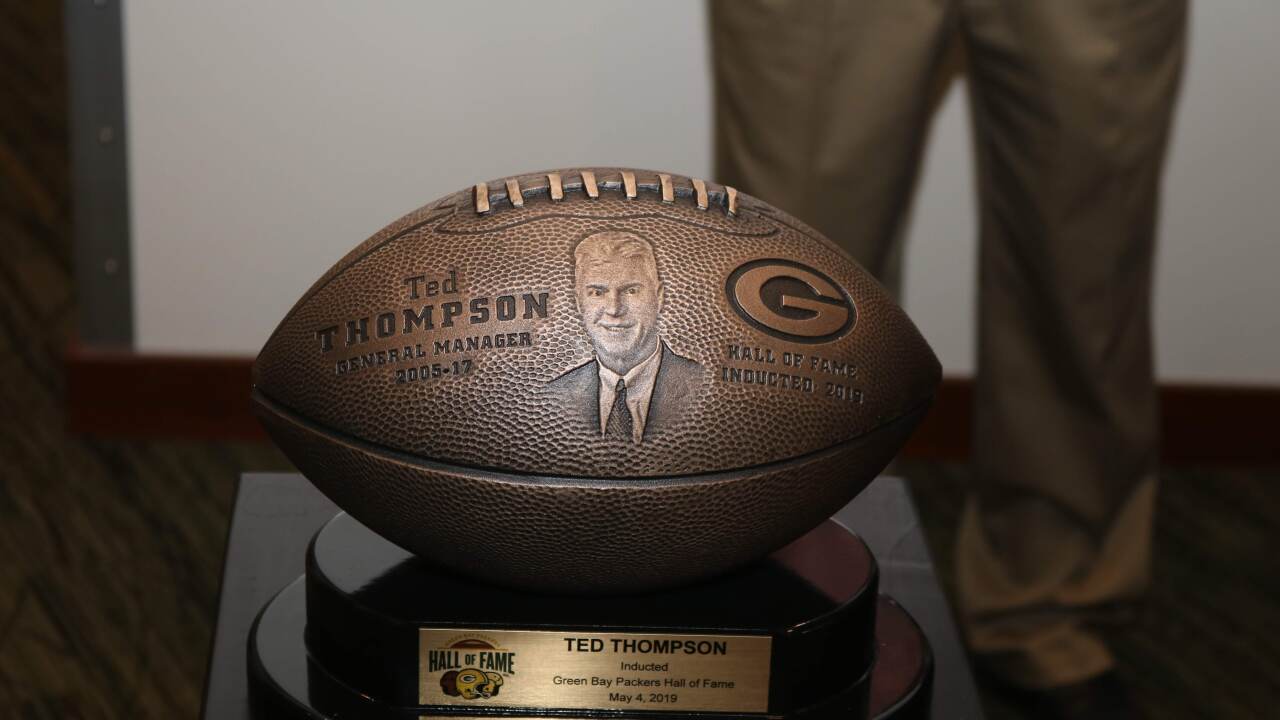 GREEN BAY, Wis. — Ted Thompson has officially found his place in the Packers Hall of Fame.

The former Green Bay general manager was inducted Saturday night, in the company of many coaches, scouts and players he worked with over the years.

"This is a great honor," Thompson said at the ceremony. "I appreciate it more than you could ever know. I want to thank all the people with the organization here. Thank my family back home and wish you all the best. This means a lot to me and all I can say is, 'Go Pack Go.'"

How about Jordy Nelson coming back to Green Bay for Ted Thompson's induction into the #Packers HOF. Stand up guy pic.twitter.com/e38kf1IaC7

Baraboo, Wis., native Mike Reinfeldt, who was roommates with Ted Thompson when they played for the Houston Oilers, was the main presenter at the induction ceremony. Reinfeldt also worked in Green Bay's front office in the 1990s.

"The longer he's retired, the more people will appreciate him," Reinfeldt said. "I think history is going to be kind to Ted Thompson. When they look back and see what he accomplished, it's a pretty golden era for the Packers."