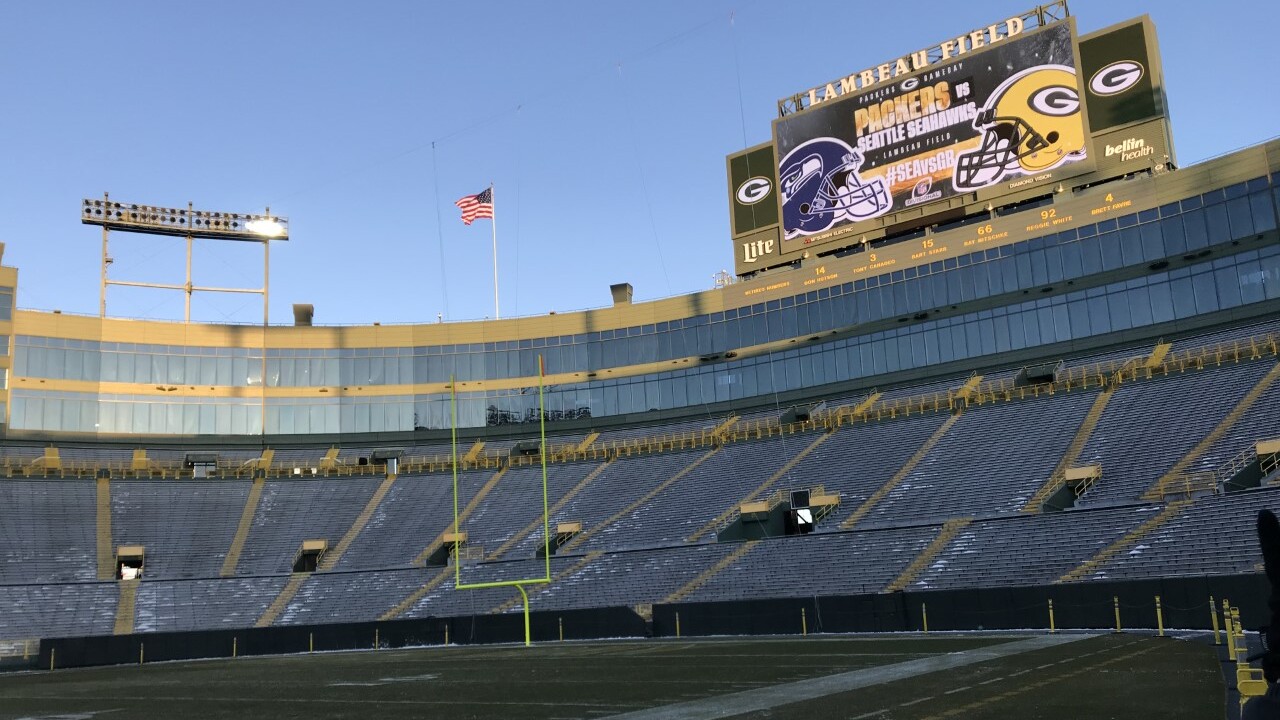 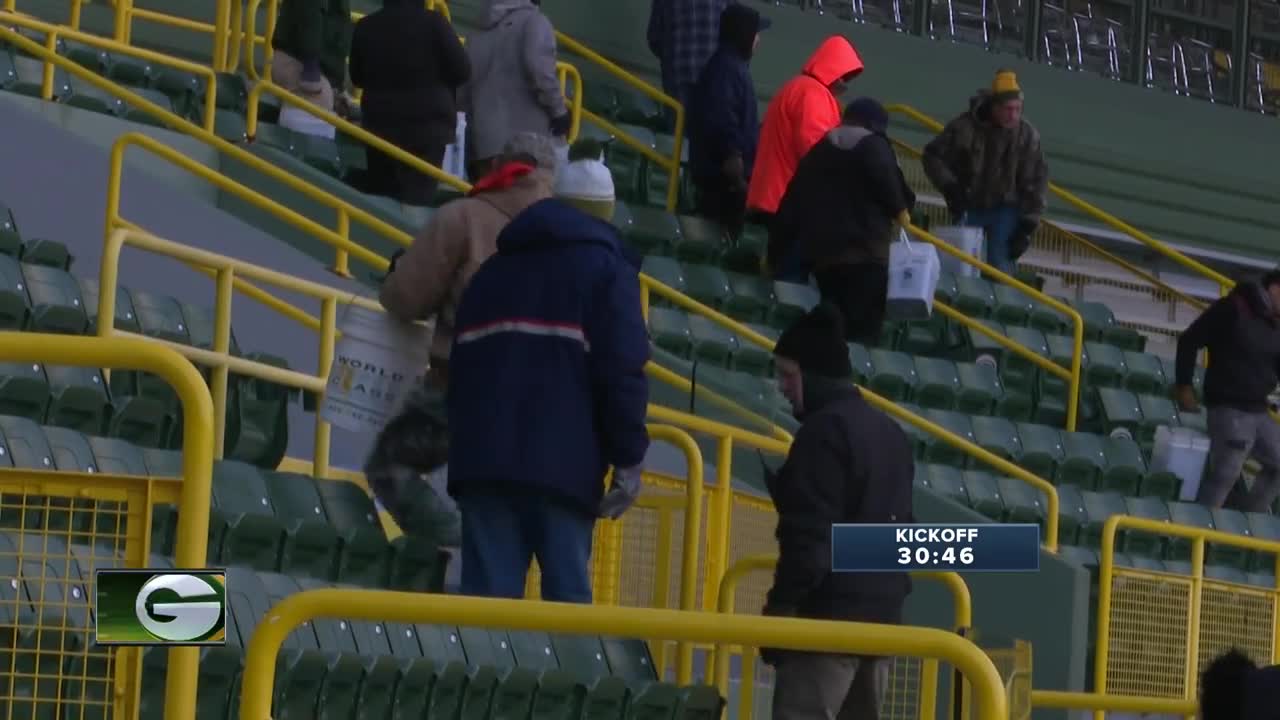 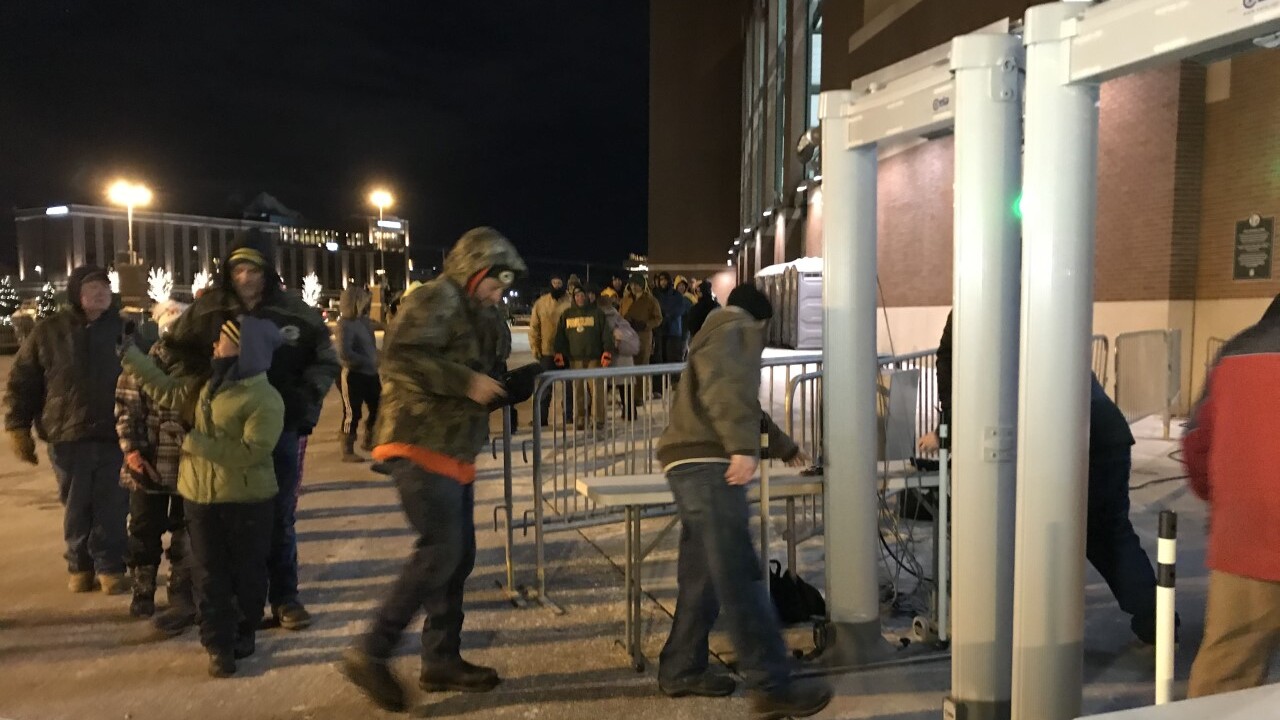 GREEN BAY (NBC 26) -- More than 350 people came out to help the Green Bay Packers this morning.

Originally, they had asked for 700 people to help clear the stadium after the expected snowfall this weekend, but when the forecast changed, they lowered the number to 350, even sending some fans home this morning.

Fans brushed snow off the seats and steps, and another crew came through to salt. They started entering the stadium just before 6 a.m. and finished up before 8 a.m.

Ted Eisenreich, the Director of Facility Operations at Lambeau Field, said preparing the stadium for this playoff game was a little different than in the past. He said it's the first time they brought the public in to help them prepare on a game day. He added that with the game being later in the day, they were able to do some work in the morning that they usually wouldn't be able to do with a noon kickoff.

Eisenreich said everyone seemed excited this morning, even a couple Seahawks fans that were waiting in line to help.

Fans came from all over Wisconsin and even other states to help out. Some were planning to come back later in the day for the game, while others were excited to see the field the day of the game.

"We're going to try to do our part and help the Packers win!" said Lane Furseth from Appleton.

Those who came to help were paid $12 an hour.