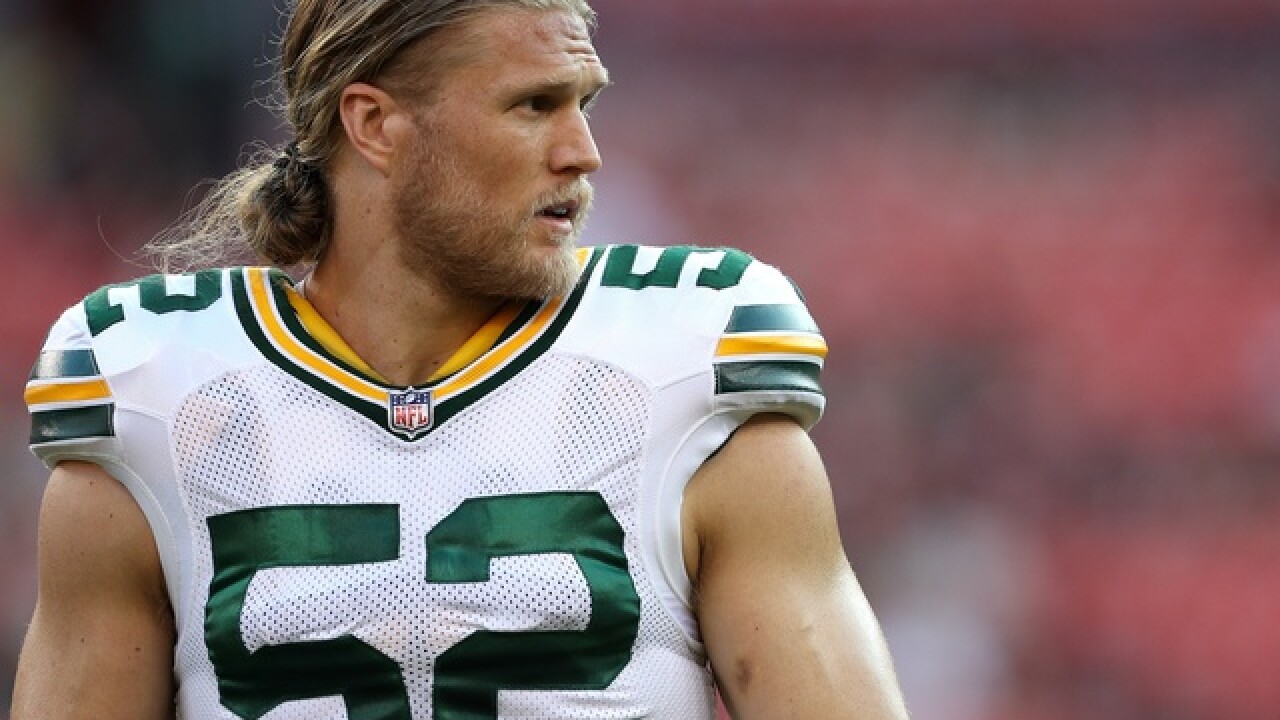 The Green Bay Packers named linebacker Clay Matthews as their team nominee for the NFL's Walter Payton Man of the Year Award, awarded every season to a player for excellence on and off the field.

In Matthews' ninth season, the Packers said he was chosen "to honor his continual investment of his time and talents outside of football in the community," according to a team release.

Matthews' charity is CureDuchenne, which funds research to discover a cure for Duchenne muscular dystrophy, a severe and often fatal form of muscle disease. Matthews' cleats also supported CureDuchenne during the recent "My Cause, My Cleats" campaign.

He has also worked with the Boys and Girls Clubs of America, the Jimmy V Foundation, Hugs from Holly as well as Make-A-Wish, spending time with children at Lambeau Field.

For the rest of the season, Matthews' helmet will be adorned with a Man of the Year decal.

Every nominee will receive donations in their name to the charity of their choice, with the winner's charity being awarded $500,000. Three nominees will be selected as finalists, to be announced in January. The winner will be announced in Minneapolis the night before Super Bowl LII, Feb. 3, on NBC.

Each nominee will also participate in the Charity Challenge, a social media competition in which fans tweet using a hashtag for each player nominated for the award. The player hashtag with the most mentions between Dec. 11-Jan. 7 claims an additional $25,000 donation to his charity of choice. To vote for Matthews, tweet the hashtag #WPMOYChallenge plus "Matthews."