Bears fan on meeting Rodgers: 'It really felt so special' 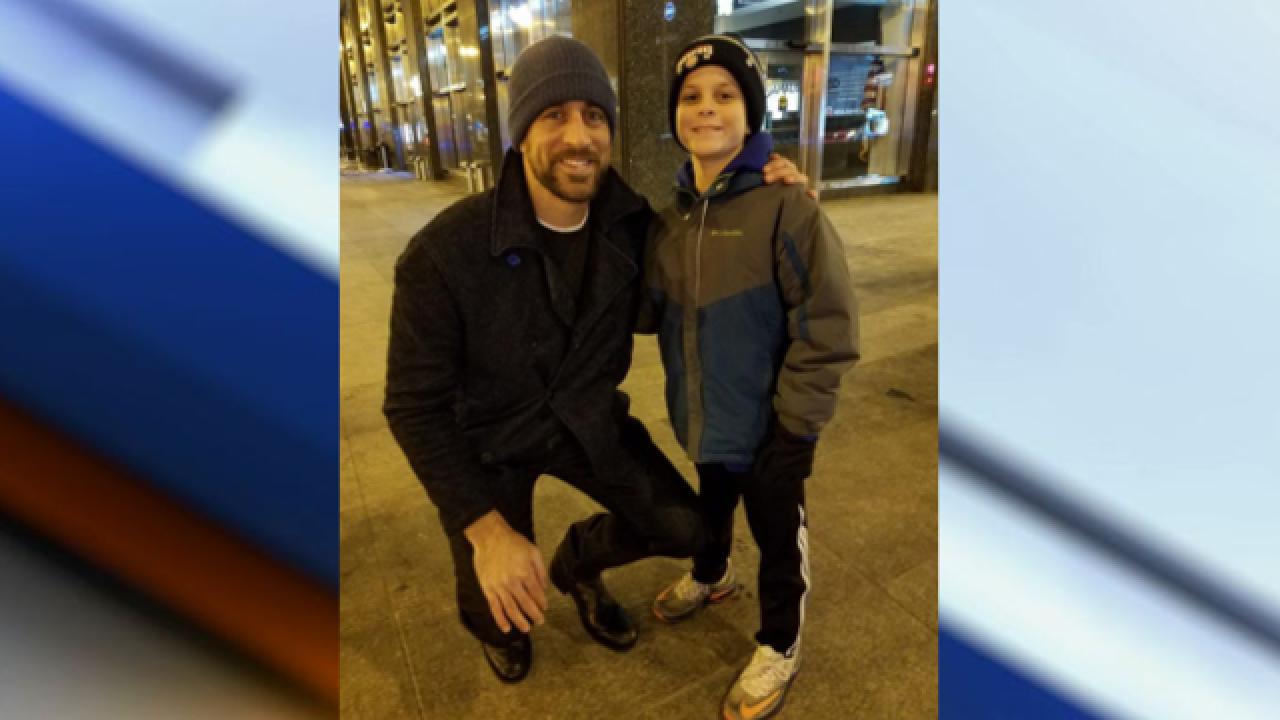 It's not every day you run into one of the greatest quarterbacks of all time on a street corner. In fact, that pretty much never happens.

But it did for Julia Nicoll and her son the night before the Packers vs. Bears game in Chicago.

"We couldn't believe it," she told NBC26 on the phone from her home in the Chicago suburbs.

Nicoll said she and her son Peter, who are both Bears fans, decided to take a spur of the moment trip into Chicago that Saturday night.

While waiting to cross a street, they saw someone unexpected: Aaron Rodgers. Her son was sure it was him.

She didn't say anything more, she said. But Rodgers turned around and said, "I am."

Nicoll said he talked with her and Peter for a bit before they parted ways when other people recognized Rodgers. However, he caught up with them shortly after and talked to them for about 15 minutes, she said.

"It was completely normal, just like talking to a neighbor, just catching up on your life," she said.

Rodgers eventually left, and Peter told his mom he had wanted to tell Rodgers to say hi to Ty Montgomery for him.

But the night, and the holiday magic, wasn't done just yet. They soon saw a woman decked out in Packers gear and couldn't wait to tell her who they'd met. Her reaction, however, was not what Nicoll had expected, she said.

"My son plays for the Packers," the woman told Nicoll.

Turns out, it was Ty Montgomery's mom.

"I've been teasing him that he was just as excited, if not more excited, to meet Ty Montgomery's mom," Nicoll said with a laugh.

For these two Bears fans, it was a night they'll never forget.

"Autographs, that's one thing," Nicoll said, "But to engage like that with somebody and it was so normal, he asked us tons of questions...It really felt so special."

Nicoll debated even sharing the story publicly, but eventually was convinced by her friends in Wisconsin that she should.

"I think if you're a fan, you want to know," she said. "It was just such a lovely and special, special thing, no doubt about it."