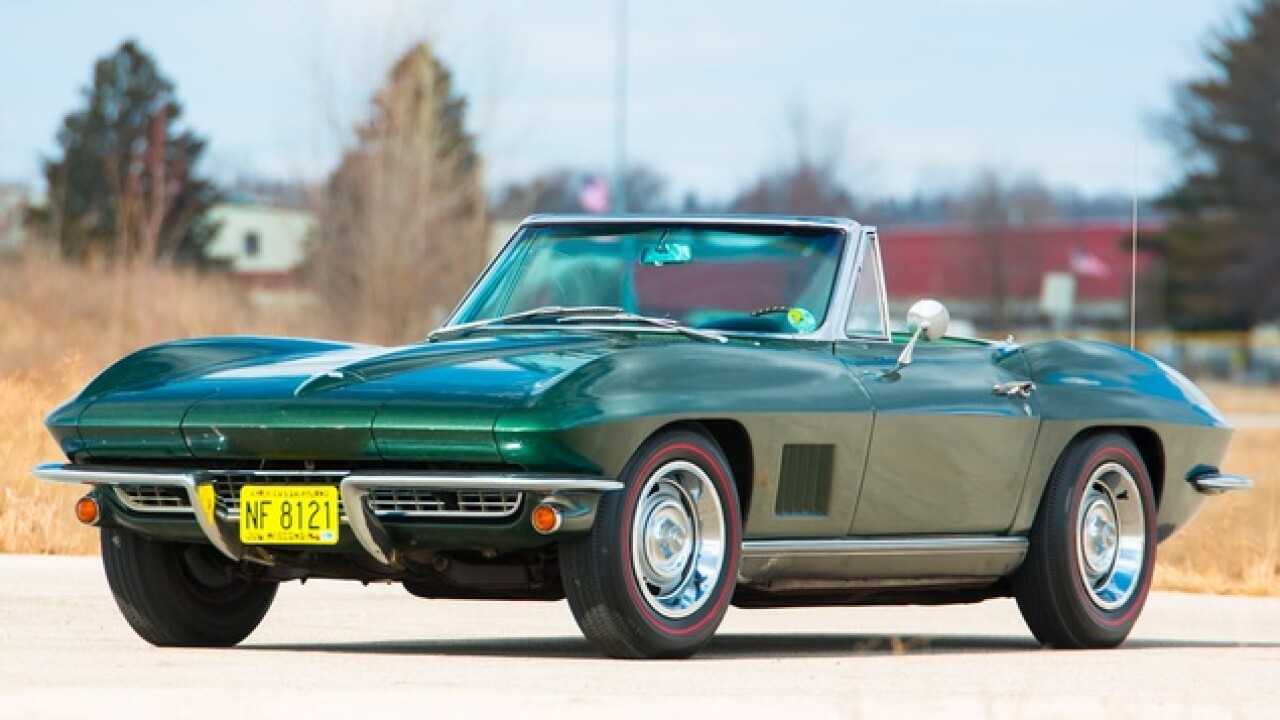 The 1967 Corvette Sting Ray Convertible gifted to Bart Starr after he was named MVP of Super Bowl I is up for auction May 19 in Indianapolis.

The Corvette was made in Goodwood Green to match the Packers' home jerseys with black interior and a black soft top, according to the car's listing on Mecum Auctions's website. The website also says the Corvette is "equipped with the base 327/300 HP small-block V-8 (and) was optioned with a 4-speed manual transmission, a 3.36:1 Positraction differential, Soft Ray-tinted windshield, telescopic steering column and an AM/FM radio."

The Corvette has a long history, beginning private ownership in the 1980s by a Wausau woman via a divorce settlement. The woman later sold the car to Michael Anderson, owner of Thunder Valley Classic Cars, which specializes in Corvettes in St. Joseph, Wis.

Anderson, according to the listing, "uncovered the tank sticker, clearly stating, 'Courtesy Delivery: B. Starr,' as well as the AFL-NFL World-Championship Game ink pen, which was discovered underneath the passenger seat."

He restored the Corvette, keeping many aspects original to honor the car's rich history.

"He removed the body from the frame to clean and recondition the undercarriage and suspension, hand-scrubbing the chassis components and the body underside and replacing the body mounts, suspension rubbers, u-joints, seals and bearings. The brake system was overhauled and the calipers were upgraded with stainless-steel piston sleeves for durability... The engine has never been disassembled and still retains the original gaskets and paint. A new Dewitts reproduction radiator was installed, but the original was retained to accompany the car... A set of period-correct bias-ply redline tires on the original 1967 Rally wheels complete this amazing artifact of NFL and Green Bay Packers history."

The car has 48,000 believed-original miles and retains its original Goodwood Green paint.

The Corvette is set to be auctioned off May 19 at Mecum's show in Indianapolis.