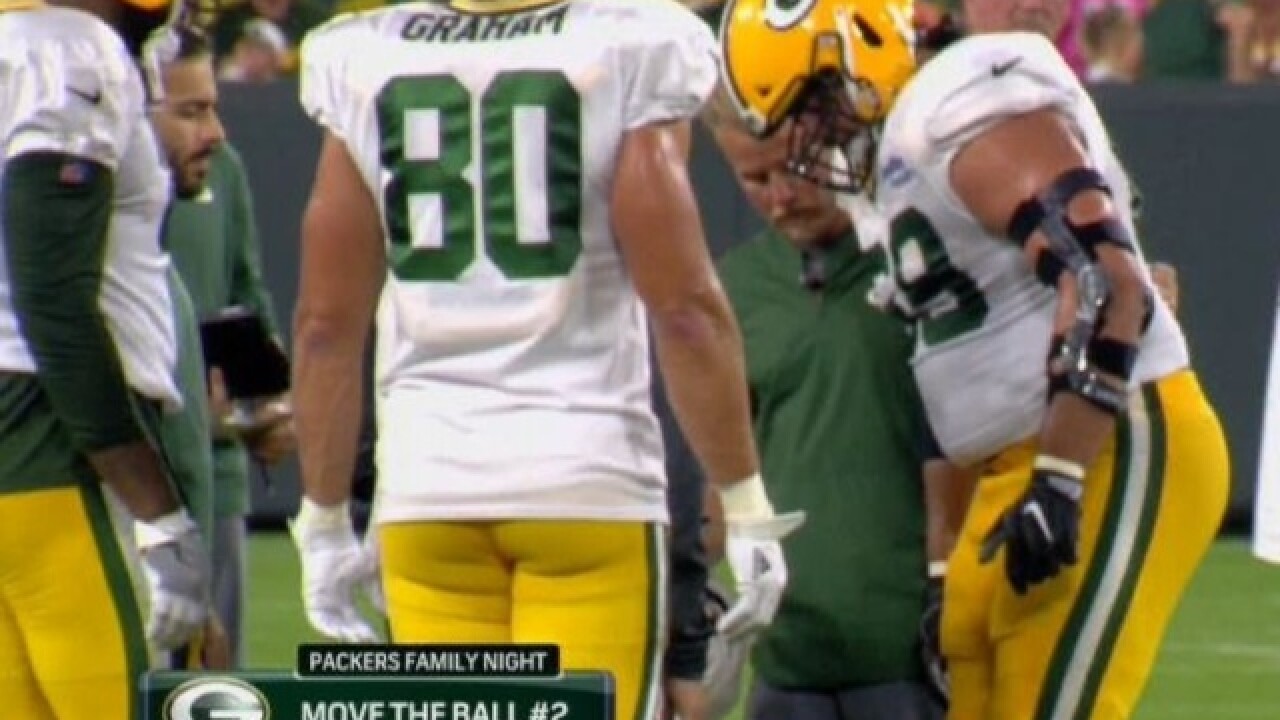 David Bakhtiari's ankle injury sustained during Family Night doesn't appear to be "too serious" after all, according to reports. NFL Network's Ian Rapoport reported that the Packers left tackle "suffered just a sprained left ankle."

#Packers LT David Bakhtiari, carted away from practice last night with his shoe off, suffered just a sprained left ankle, source said. He’ll miss some practice time, but it doesn’t sound too serious.

Bakhtiari left Saturday's Family Night practice at Lambeau Field during team drills, limping off the field. Trainers were working on his left leg and ankle, and he took off his shoes and socks before exiting the practice on a cart.

He’s now taken the cleat/sock off his left foot and is on a cart leaving the field. https://t.co/QFN0tO53PN

Green Bay started 11 different offensive line combinations in 16 games in 2017, and the Packers just welcomed back right tackle Bryan Bulaga (knee) from PUP. Quarterback Aaron Rodgers said last week he's more confident in the depth on the line this year than last, but the Packers were hoping all five starters would be ready to work together this preseason.

The Packers kick off the preseason Thursday against the Titans at 7 p.m. on NBC26.

Week 1 of the regular season against the Chicago Bears will also be broadcast on NBC26 on Sept. 9 at 7:20 p.m.