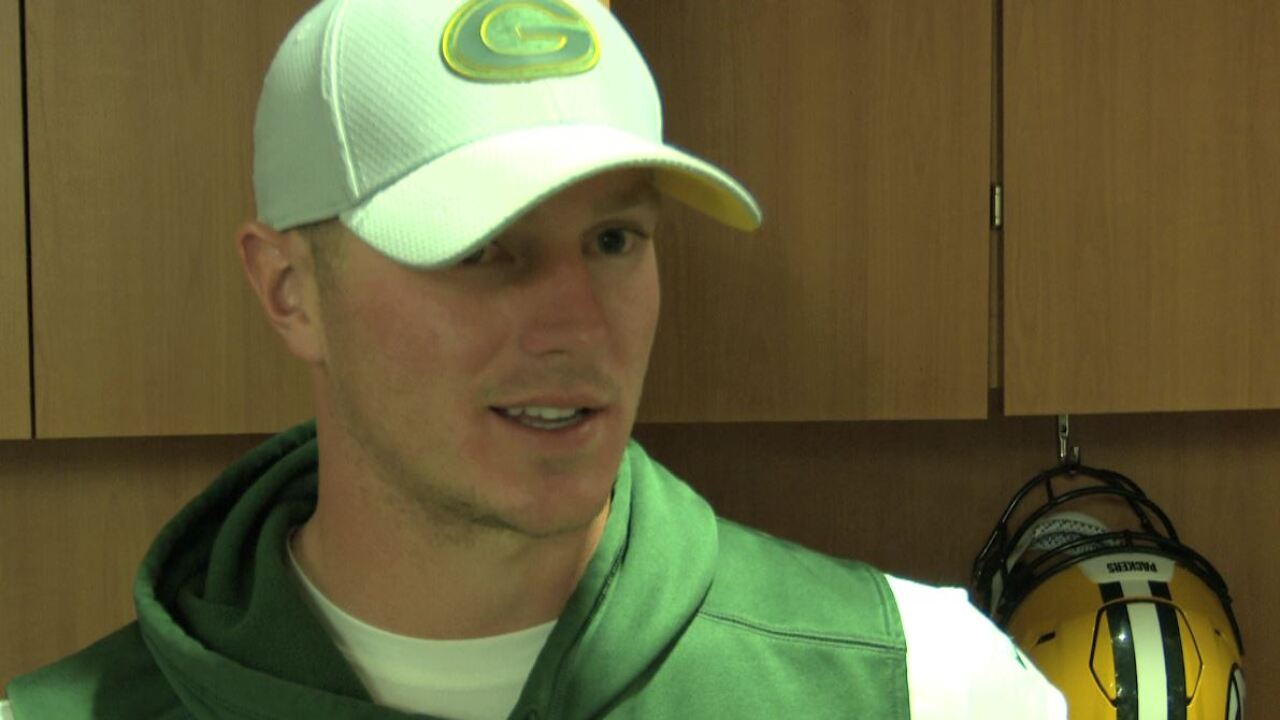 GREEN BAY, Wis. — On Tuesday, during the first practice of Packers minicamp, backup quarterback Tim Boyle led the offense to the end zone during the two-minute drill. Kind of.

"We're on the one-yard line and the horn blew for practice then. So Coach (Matt) LaFleur said that the world will never know how that one ended," Boyle said after practice. "It's encouraging. It's good obviously making plays and having J'Mon (Moore) make that incredible catch on the sideline. It's just good. It's fun. Offensive vs. defense, there's some yelling and some jawing going on. So it was a fun period."

It's been an up and down offseason so far for Boyle and DeShone Kizer behind Aaron Rodgers, but LaFleur said he believes they both are NFL-caliber quarterbacks; it'll just be a question of how long it takes them to put it together.

"There's been some really good moments and there's been some that you'd like some more consistency," LaFleur said Tuesday. "But they're competing every day. They're giving us their all and when you look at it, they're still young players. Especially you're talking about the early stages of learning a new offense, so there's going to be a learning curve, so that's to be expected."

Boyle said one of the biggest differences between this season and last is a crowded quarterbacks room: LaFleur, offensive coordinator Nathaniel Hackett and quarterbacks coach Luke Getsy join Rodgers, Kizer, Boyle and Manny Wilkins. But he said it hasn't been like having too many cooks in the kitchen; rather, the brain trust helps all four quarterbacks grow and learn the new system.

"Definitely it's a natural progression. I mean, you look at DeShone, he's going on really his third season in about two years, just under two years. So I think that's always a test for young quarterbacks, so he's coming along and he's got to keep grinding and learning it," said Hackett. "And then Tim's going on his second in a young career, so I think it's just one of those things, there's always going to be a rollercoaster of emotions for those guys as we're asking them to compete against a very unique defense in Coach Pettine's, and learn a new system, so there's always going to be those ups and downs."