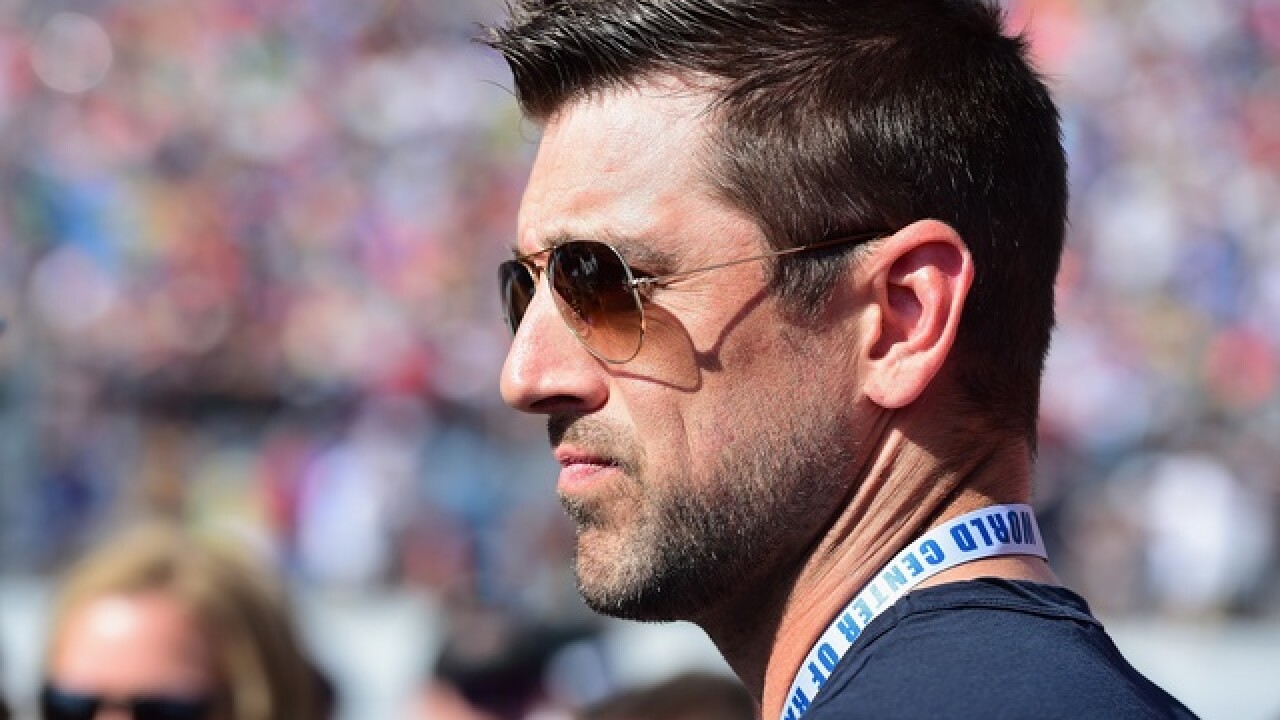 In an interview with Peter King for NBC Sports, Packers quarterback Aaron Rodgers said "there’s some merit to looking into where you do a non-traditional contractual agreement," regarding reports about his contract negotiations.

Rodgers' contract still has two years remaining on a five-year, $110-million deal, an average of $22 million per year. Reports have speculated that Rodgers is pursuing a different kind of deal rather than one that will be obsolete as other quarterbacks agree on new deals elsewhere around the league.

"It’s only been on my mind because … people have been writing and talking about it a lot. There have been many conversations about it. I think that there’s some merit to looking into where you do a non-traditional contractual agreement. If anybody at this point is gonna be able to do something like that, I think there needs to be a conversation about it. I never said anything about [tying the contract to] the cap. I just think there’s ways to do contracts where you can still be competitive so the team is happy about it, but have some more freedom."

Rodgers also reiterated his desire to play only in Green Bay but again emphasized he knows it could not play out that way if he does indeed compete into his 40's.

"I realize no one is above the team," Rodgers told King. "They can trade Brett Favre, Jordy Nelson. They can not re-sign a Charles Woodson or Julius Peppers. They make decisions that are in the best interest of the team. It could be me at some point. You have to be humble enough to realize that, and I do. I’d love to be able to [only play for the Packers]."

Rodgers, 34, also talked about his July 22 appearance on "Shark Week." He said heights and sharks are his two main fears, and he was ready to conquer one of those, going face-to-face with a blue shark in the Pacific Ocean.

This is me. This is a shark. This is on shark week in July. Check us out! #sharkweek #savethesharks #fearintofascination #tbt