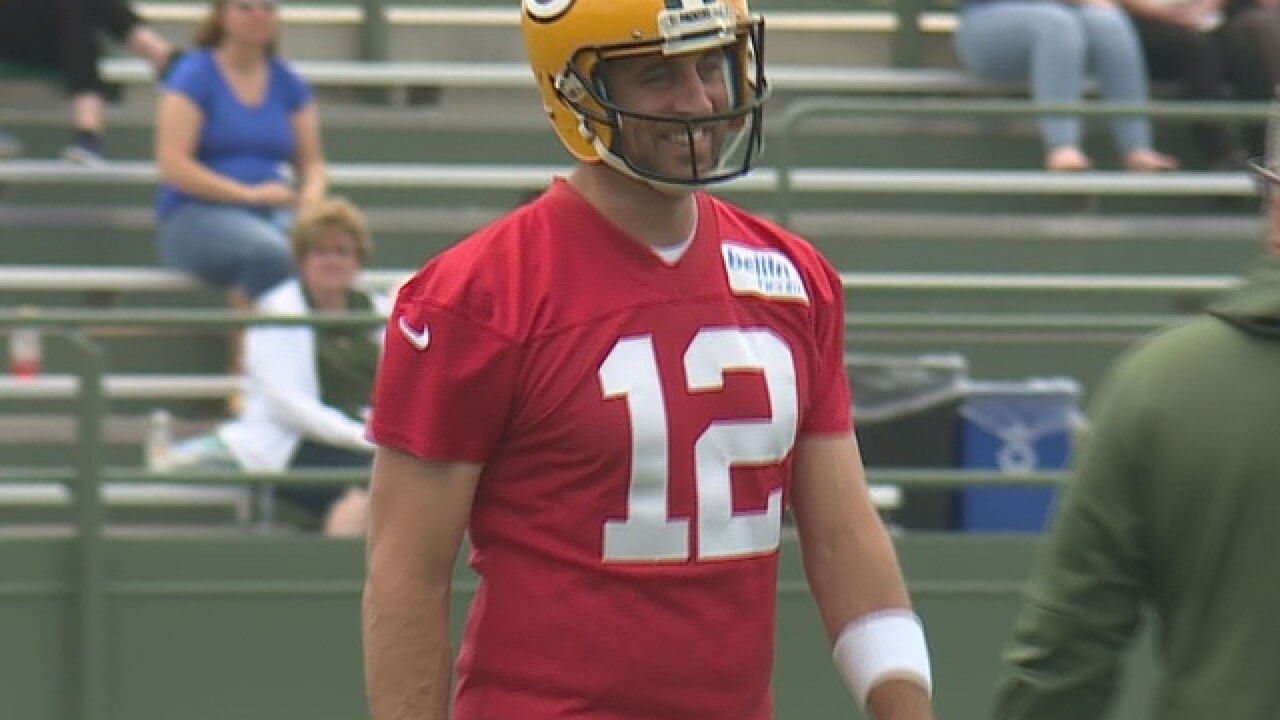 As the final public OTA’s wrapped up Monday, it was a day to reflect on where the rookies are on the learning curve. First-round pick Jaire Alexander has looked as advertised, moving fluidly and even intercepting Aaron Rodgers in practice last week. But it probably won’t come that easy for the new guys as the offseason develops.

"I’m taking that with a grain of salt but it did boost my confidence a bit, you know, so I’m looking forward to making more plays when it counts," Alexander said of the pick.

QB1 saw it a little differently.

"They’re talking a lot so I’m gonna have to dice them up a little bit once we get down to it, but no I like to see the confidence, I really do. That’s how you want your corners, to play with that swagger, that confidence," said Rodgers. "23 is a little louder than 37 is, but it’s fun to look on the other side of the ball and see those guys making plays."

"You know, Aaron is the GOAT. You know, one of the best quarterbacks in the game to do it," said Alexander. "So to be able to practice against him, it not only makes me better but everybody around us."

And Rodgers also has high praise for bringing back veteran corner Tramon Williams, who’s been helping the rookies along as well.

"I said it walking off the field today: The biggest difference on the back end is (No.) 38," Rodgers said of Williams. "When he showed back up here, he is, as of right now, in my humble opinion, the best on that side of the ball. And you want your best players to be the best guys in the locker room, and there’s nobody better than Tramon."

The rookies have taken note as well.

"I just watch him every day and how he practices, how he comes into the locker room, just his temperament each and every day," said second-round pick Josh Jackson.

"I’m actually excited to get knowledge from him because he’s been doing it for a long time, you know, and he’s good at it still. He moves around like me or whatever. I’m like, ‘Dang! Goodness gracious!’ So I’m definitely in his ear, asking him questions about how to get better."

But as Williams said before the start of OTA’s, though he does bring leadership to the table, he wouldn’t be here without playing ability. As Rodgers noted, Williams was a big part of the Packers' Super Bowl XLV run, has 32 career interceptions, including two last year along with 39 total tackles in 13 games for the Cardinals last season.

He’s been making plays of his own during OTA’s, and his teammates expect him to continue making those plays through the offseason.