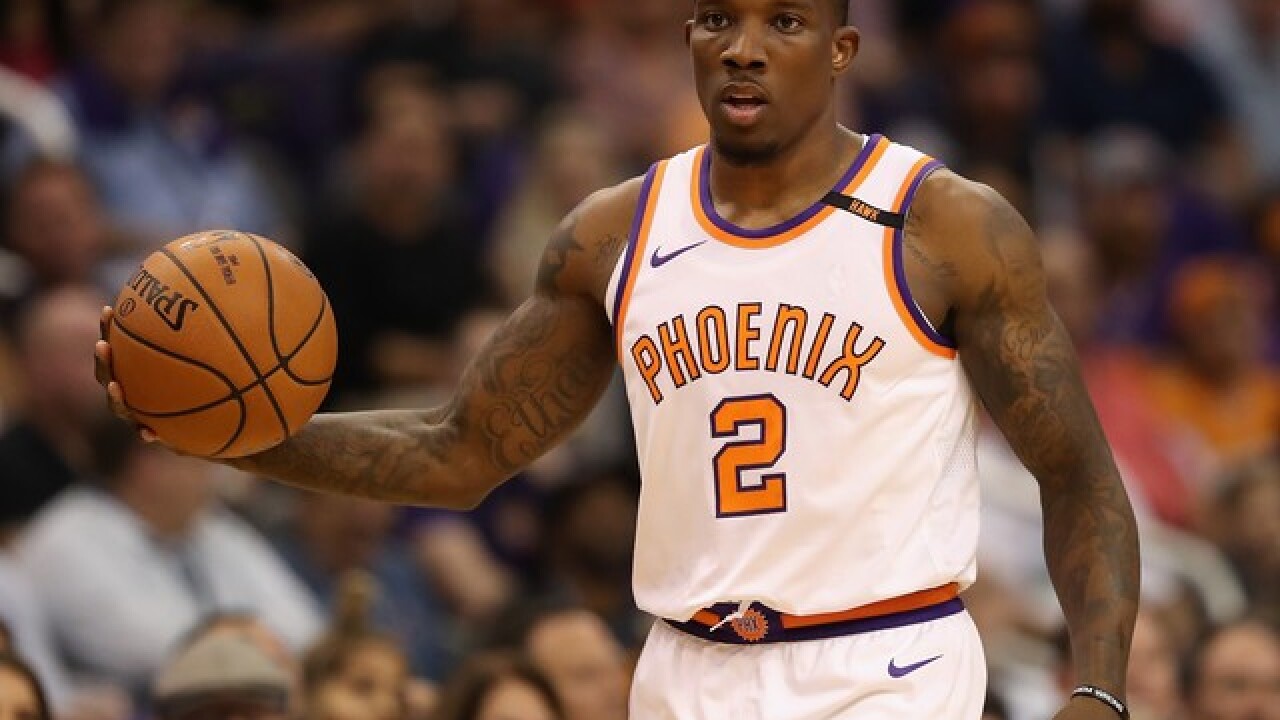 Copyright 2017 Scripps Media, Inc. All rights reserved. This material may not be published, broadcast, rewritten, or redistributed.
Christian Petersen
<p>PHOENIX, AZ - OCTOBER 18: Eric Bledsoe #2 of the Phoenix Suns handles the ball during the first half of the NBA game ao at Talking Stick Resort Arena on October 18, 2017 in Phoenix, Arizona. NOTE TO USER: User expressly acknowledges and agrees that, by downloading and or using this photograph, User is consenting to the terms and conditions of the Getty Images License Agreement. (Photo by Christian Petersen/Getty Images)</p>

The Phoenix Suns have agreed to trade disgruntled guard Eric Bledsoe to the Milwaukee Bucks for big man Greg Monroe and two 2018 draft picks, according to three people familiar with the deal.

The agreement includes a protected first-round pick and a second-round pick next year, according to the people who spoke with The Associated Press on Tuesday on condition of anonymity because the trade first reported by ESPN had not yet been finalized.

Bledsoe has not been with the team since Oct. 22 when he posted "I Don't wanna be here" on Twitter, the same day the Suns fired coach Earl Watson. He had been averaging 15.7 points per game, second behind Devin Booker, and was the team's on-court leader.

He was sent home by the Suns after the tweet, reducing the team's leverage because everyone in the league knew Phoenix was trying to trade him. Bledsoe had asked to be traded before the season began, Suns general manager Ryan McDonough has said. The NBA fined Bledsoe $10,000 for the tweet.

Adding Bledsoe will take some of the focus off of do-it-all All-Star Giannis Antetokounmpo, who is the Bucks' primary ball-handler. Milwaukee has lost four of its last five games but adding Bledsoe's scoring ability alongside Antetokounmpo and Khris Middleton on a team that also includes rising guard Malcolm Brogdon could help. The Bucks played at Cleveland on Tuesday night.

Monroe, who joined the team as a free agent in 2015, has been sidelined recently because of a left calf strain. Milwaukee will likely look to consolidate the center position and look ahead to early next year when the front line should get a boost with the return of injured forward Jabari Parker.

Monroe has an expiring contract, which means even more room for a Suns team with loads off cap space.

They also could have as many as three first-round picks next season.

Phoenix, rebuilding with an extremely young roster featuring Booker and T.J. Warren, has not made the playoffs in six years.

AP Sports Writers Bob Baum in Phoenix and Tom Withers in Cleveland contributed to this report.