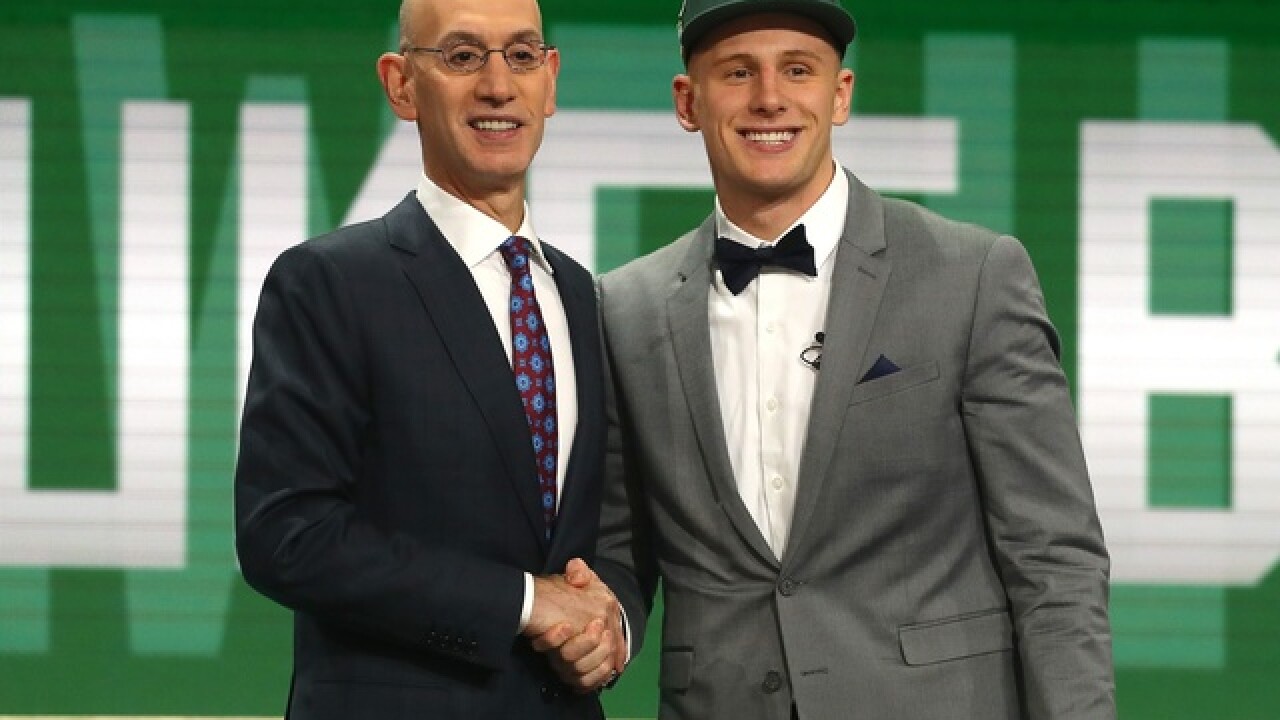 With the 17th overall pick in the 2018 NBA Draft, Donte DiVincenzo became a Milwaukee Buck.

March Madness fans may remember the 2018 Final Four Most Outstanding Player was virtually untouchable from three-point range, as DiVincenzo averaged 23.0 points, 6.5 rebounds and 3 assists per game in the Final Four. He also put up 31 points on 10-of-15 shooting in the Wildcats’ win over Michigan in the national championship game.

"I wouldn’t say it was one thing from necessarily a basketball standpoint," Budenholzer said Thursday night. "I think a lot of the guys in that group have similar skillsets and similar abilities, but his ability to compete and think the game, and he’s proven to be part of winning at a high level was really important to us. We think that gives him a chance to possibly help us this year, and more importantly going forward."

The Newark, Delaware, native finished his Villanova career as a 46.9 percent shooter with a 37.8 shooting percentage from 3-point range. DiVincenzo's ability to play right away was "for sure" part of the Bucks' decision to bring him to Milwaukee, Budenholzer said.

"There’s no doubt Villanova plays a pro style of game, so I think things like that absolutely help a player acclimate quicker than guys that don’t (because) not every college obviously plays a pro style," Budenholzer said.