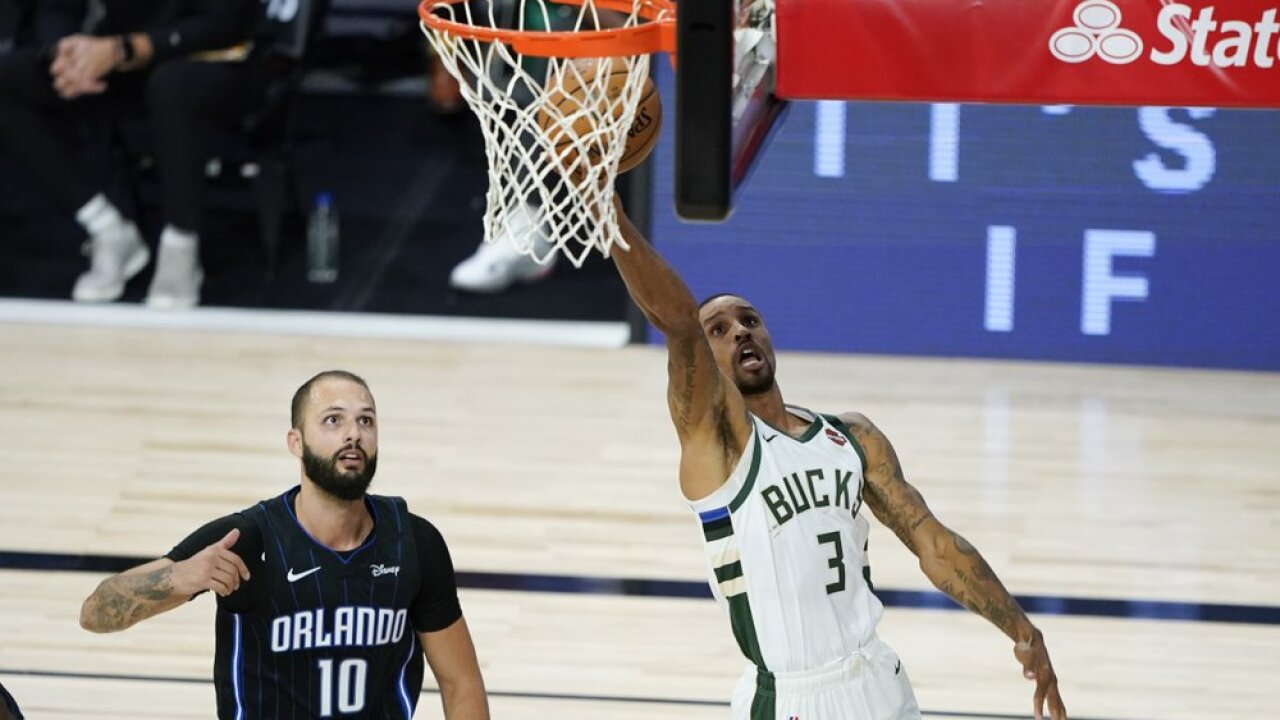 LAKE BUENA VISTA, Fla. (AP) — Milwaukee Bucks guard George Hill vented his frustration at social injustice Monday following the shooting by police of a Black man in Wisconsin, saying the NBA’s decision to resume its season in a bubble at Walt Disney World has prevented players from working to address the country’s problems with racial violence and police brutality.

Hill spoke after he watched a video of the wounding of Jacob Blake, a 29-year-old man who was shot, apparently in the back, by police in Kenosha, Wisconsin, as he leaned into his SUV while his three children sat in the vehicle. The shooting sparked violent protests, turning Kenosha into the nation’s latest flashpoint in a summer of racial unrest. Blake remained hospitalized on Monday.

The NBA resumed its season on July with players isolated at Disney after a 4 1/2-month break because of the coronavirus pandemic.

“First of all, we shouldn’t have even come into this damn place, to be honest,” Hill said on a video conference call following the Bucks’ 121-106 win over the Orlando Magic. “I think coming here just took all the focal points off what the issues are, but we’re here, so it is what it is.”

Hill did not say exactly why he thinks players shouldn’t have been sent to the Disney bubble.

“We can’t do anything from right here (in the bubble), but I think definitely when it’s all settled, some things need to be done,” Hill said. “I think this world has to change. I think our police department has to change. Us as a society has to change. Right now, we’re not seeing any of that. Lives are being taken as we speak day in and day out, and there’s no consequence or accountability for it, and that’s what has to change.”

“You’re supposed to look at the police to protect and serve and now, it’s looked at harass or shoot,” Hill said. “To almost take a guy’s life — thank God he’s still alive — I know the cops are probably upset that he’s still alive because I know they surely tried to kill him. But to almost take a man’s life especially in front of his kids, that wasn’t resisting, at his back at point-blank range, is a heartless and gutless situation. We need some justice for that.”

Bucks guard Khris Middleton added: “This is why we have so many people outraged over the country. The man was shot seven times a point-blank range in the back. I mean, it doesn’t get any sicker than that.”