The Bucks got a much needed win Thursday night to avoid falling in a 2-0 hole. 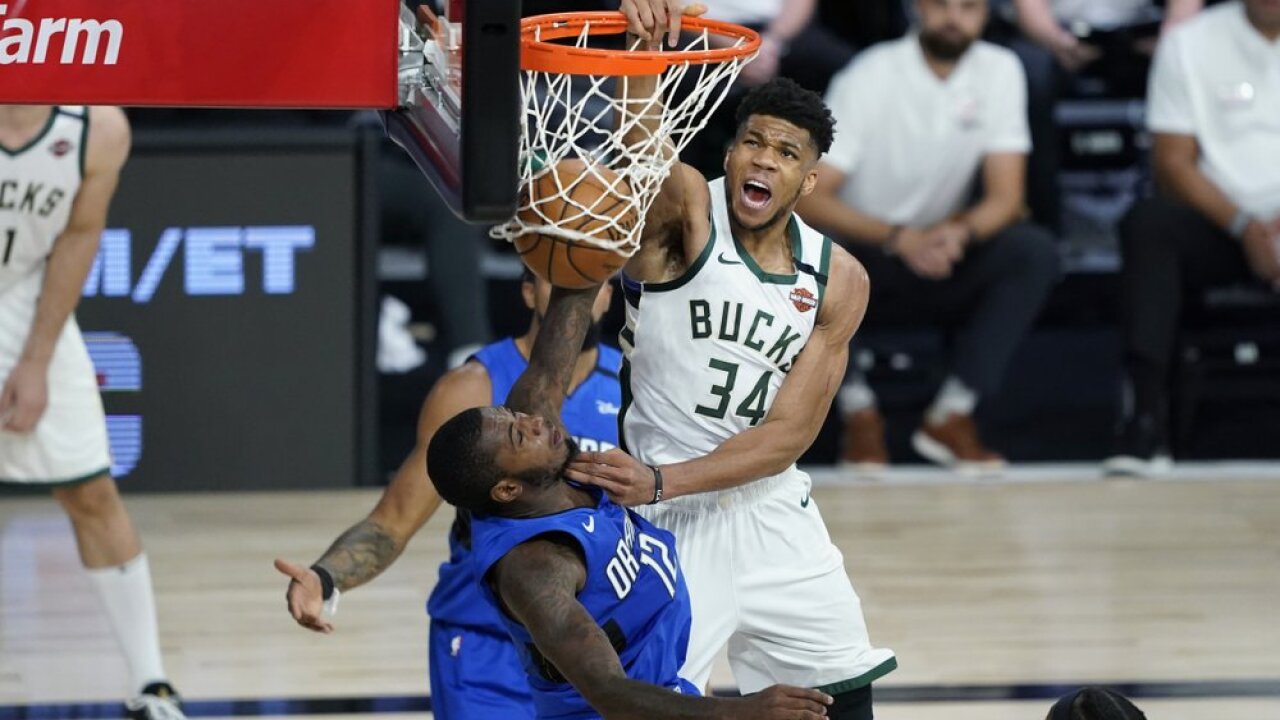 LAKE BUENA VISTA, Fla. (AP) — Giannis Antetokounmpo had 28 points and 20 rebounds and the Milwaukee Bucks rode a fast start to beat the Orlando Magic 111-96 on Thursday and tie the Eastern Conference first-round series at a game apiece.

The Bucks boasted the NBA’s best regular-season record at 56-17, but went 3-5 in the eight seeding games at Disney’s Wide World of Sports and opened the playoffs by losing 122-110 to Orlando.

Milwaukee bounced back Thursday, building a 23-point lead in the first half, though Orlando got the margin down to nine in the fourth quarter.

Brook Lopez scored 20 points and Pat Connaughton had 15 on 5-of-8 3-point shooting for Milwaukee. Eric Bledsoe had 13 points and Donte DiVincenzo added 11.

Orlando’s Nikola Vucevic followed up his 35-point effort in the opener by scoring 32 points. Evan Fournier and Terrence Ross each had 12, Markelle Fultz had 11 and D.J. Augustin added 10.

Duncan Robinson hit his first six shots, all from 3-point range, and finished with 24 points to help Miami beat Indiana and take a 2-0 lead in their first-round Eastern Conference playoff series.

Robinson opened the game by making the Heat’s first three baskets, all 3s. He didn’t miss until midway through the third quarter, and Robinson tied the Heat record for 3s made in a playoff game with seven. He finished 7-of-8 shooting, all beyond the arc.

Victor Oladipo, who had been questionable with an injured left eye, led Indiana with 22 points. Myles Turner and Malcolm Brogdon each had 17 points. T.J. Warren added 14 and Aaron Holiday had 12.

James Harden had 21 points and nine assists and Houston made 19 of an NBA-record 56 3-point attempts to beat Oklahoma City for a 2-0 lead in the Western Conference series.

Former Thunder star Russell Westbrook was out for the Rockets again with a right quad strain, but plenty of other Houston players picked up the slack. Danuel House Jr. scored 19 points.