Keon Broxton focused on getting back to Milwaukee 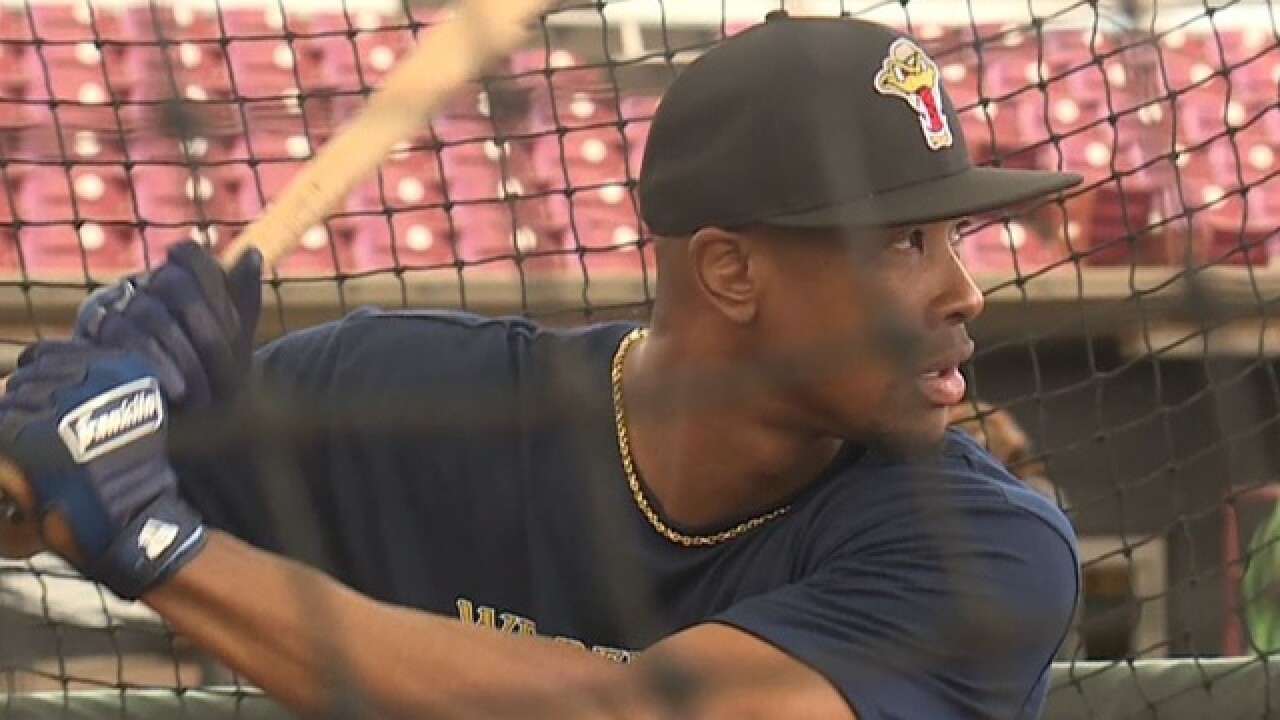 Keon Broxton has made some remarkable catches in the outfield for the Brewers this season but his performance at the plate has made it difficult for manager Craig Counsell to keep him in Milwaukee.

In some non Aaron Rodgers related news, @Brewers OF Keon Broxton is playing with the @TimberRattlers this week vs. Beloit. Hear from him at 10 on @NBC26 #shirtgamestrong pic.twitter.com/LZRiWnMpMX

Broxton is hitting a career-low .197 through 31 games this year with the Brewers. He said he hopes some time with the Timber Rattlers will allow him a chance to improve those numbers.

"I think I want to get better at being a little more selective on good pitches to hit," Broxton said. "Not trying to swing at pitches on the edges. That's where pitchers have their most success when guys are hitting balls that are on the edge."

Broxton struggled in his Timber Rattlers debut going 0-4 with three strikeouts and a groundout in a 5-2 loss to the Beloit Snappers on Wednesday.

MLB rosters expand from the active 25-man to the full 40-man team on September 1st ahead of the playoff stretch. Broxton is hoping to get his shot back with the big club when that happens.

"I want to get back there as fast as possible," he said. "This is what makes baseball right here, it's the time right now. We've been grinding all year and we're grinding for a ring."

The Timber Rattlers have five games remaining in the regular season and are currently behind the Snappers and Kane County Cougars in the Midwest League Western Division wild card race. Broxton is scheduled to play in both Thursday and Friday's game against Beloit.