Jesús Aguilar wins the final vote and is officially an MLB All-Star, will play in HR derby 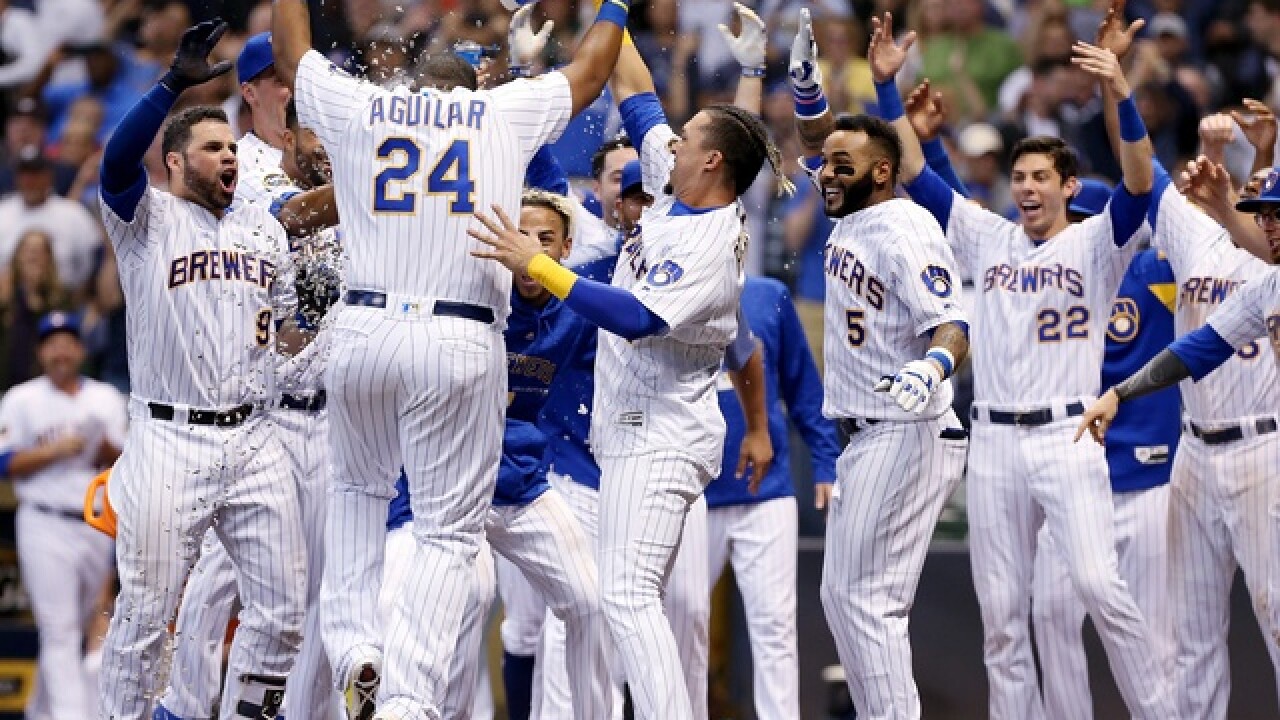 Brewers first baseman Jesús Aguilar is officially a 2018 MLB All-Star after winning the final vote in the National League. He will join three of his teammates in Washington D.C. next weekend. Those teammates being Lorenzo Cain, Christian Yelich and Josh Hader.

.@JAguilarMKE received the good news from Manager Craig Counsell in a special pregame meeting with his teammates: pic.twitter.com/ZpahPKU5ol

Aguilar drew 20.2 million votes to send him to the mid-summer classic for the second-highest vote total ever.

“I want to give my sincerest thank you to every single fan that helped me become an All-Star,” said Aguilar in a statement.  “The support I received has been incredible. I feel like a winner, and I would not have been able to do it without my teammates, the front office and most importantly the fans. Thank you again.”

Aguilar was also selected as one of eight participants in the 2018 T-Mobile Home Run Derby on Monday, July 16.