Brewers take on "Mean Girls" in this spring training video 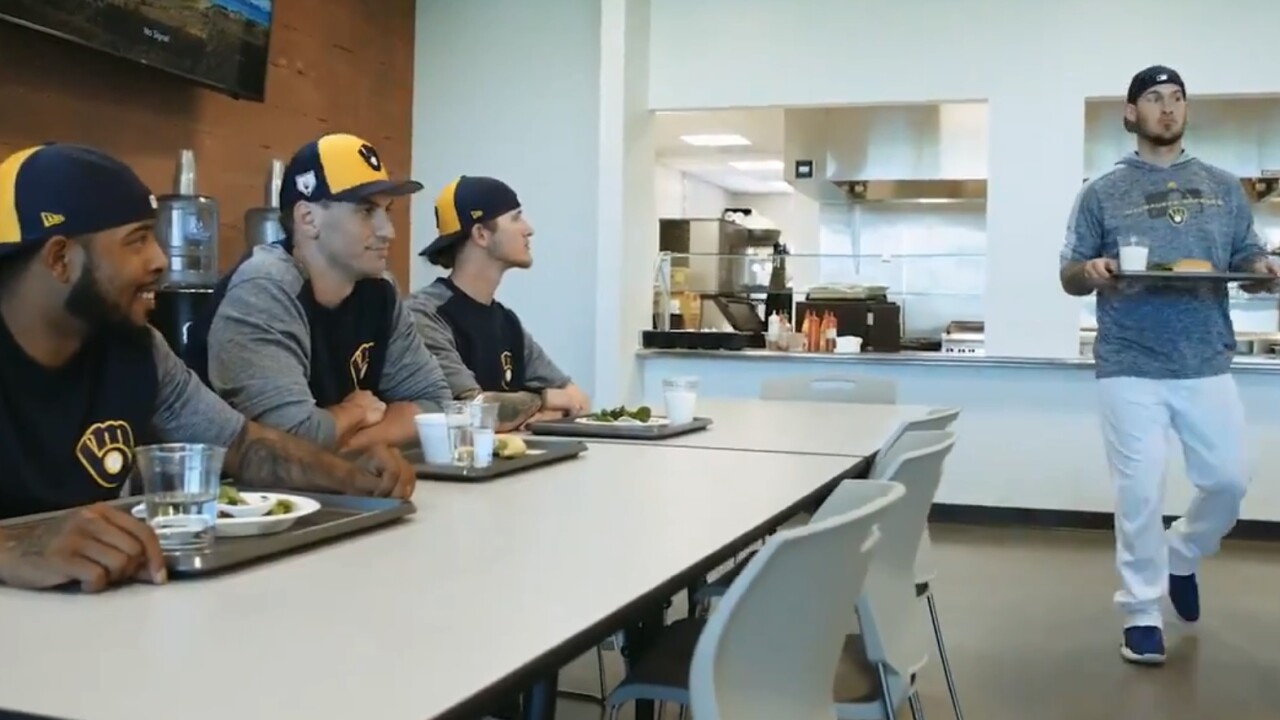 The Brewers are officially so fetch.

The team's social media team — responsible for brilliant remakes of "The Sandlot" and "Dumb and Dumber" last season — hit another home run with a "Mean Girls" spoof.

You can't sit with us. pic.twitter.com/QoH6GFUcfo

Catcher Yasmani Grandal, signed by the Brewers in February, plays the part of the new kid in camp, like the "Mean Girls" character Cady Heron played by Lindsay Lohan.

Brewers skipper Craig Counsell is "not like a regular manager. I'm a cool manager."

Jeremy Jeffress, Brent Suter and Josh Hader are the "Mean Girls" that recruit Grandal to their group to eat meals before games. Left hanging out to dry is the "MVP table" with Christian Yelich and Ryan Braun.

Opening Day is just weeks away, on March 28, when the Brewers will host the Cardinals at Miller Park.