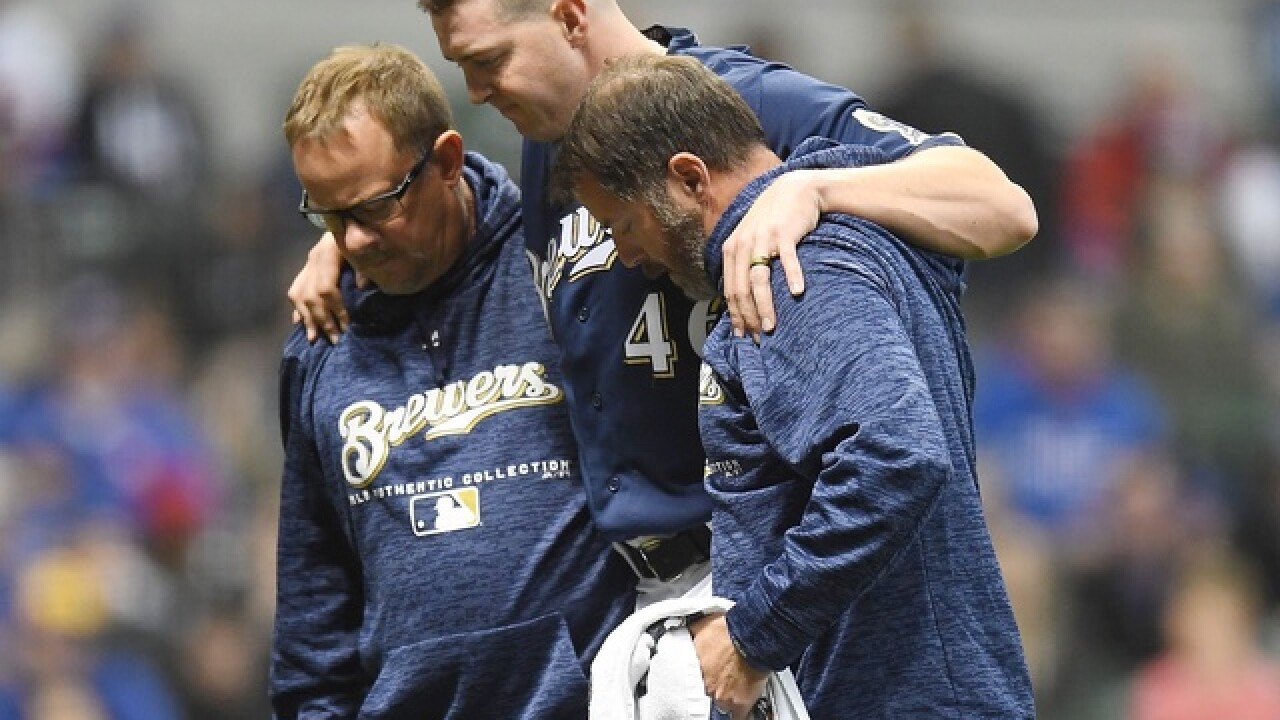 Insult turned to literal injury in Thursday night's blowout 8-0 loss to the Cubs when closer Corey Knebel went down after throwing a pitch, clutching his left leg and knee. He was unable to bear weight on his left side and was helped off the mound by Brewers staff.

On Friday, the Brewers placed Knebel on the 10-day disabled list with a strained left hamstring injury. Milwaukee recalled RHP Adrian Houser from Biloxi in his place.

Before Friday night's matchup with Chicago, Knebel met with media to address the injury and his return timetable. According to Milwaukee Journal Sentinel writer Todd Rosiak, Knebel said he is "hopeful" he will be gone for four to six weeks, adding the injury was "not as serious as we thought (last night)."

Corey Knebel says he’s hopeful it’s going to be a 4-to-6-week absence for him. “It’s not as serious as we thought (last night). So that’s good news.”