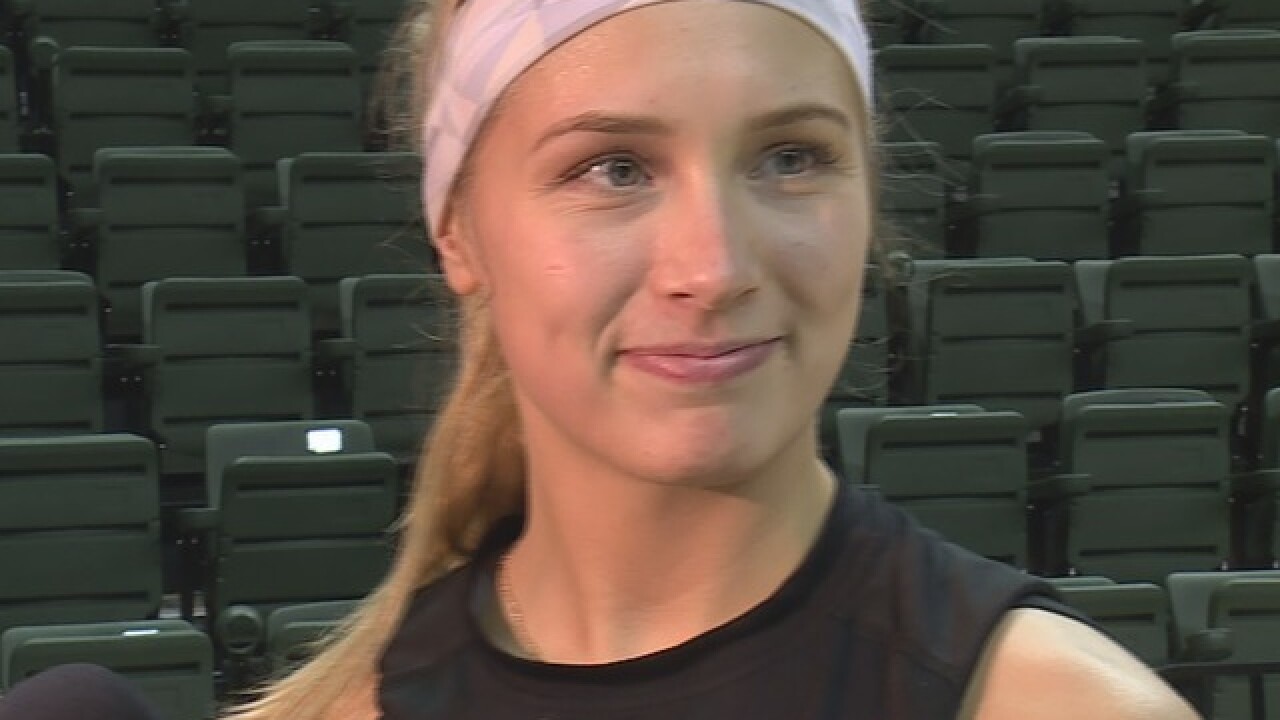 With only two games left in the regular season for the No. 22 UW-Green Bay women's basketball team, the reality that seniors Jessica Lindstrom and Allie Leclarie are nearly done is starting to sink in.

The impact of both seniors is unmatched for head coach Kevin Borseth.

In the span of a month, Lindstrom became the programs all-time leader in rebounds and double-doubles, prompting Borseth to name one of his practice assignments the 'Lindstrom Drill,'

"Jessica Lindstrom is without question - in my opinion - the best rebounder I've ever seen," he said.

Lindstrom has hauled in 961 career rebounds, 99 more than the previous Division-1 era record holder, Chari Nordgaard (1996-99). The 6'1" senior from Superior, WI says her father taught her the importance of rebounding at a young age which quickly paid dividends.

"[Growing up] I played with guys and they didn't pass me the ball all the time so I had to go rebound," Lindstrom said.

Today, she's one of the first passing options for her senior teammate and point guard, Allie Leclaire, who has also made quite the impression on coach Borseth.

"Allison Leclaire has absolutely no enemies. I can't think of anyone that doesn't like her," Borseth said. "She's as good a player as there is in this league. She's as good a guard as I've ever coached."

Leclaire was often in the gym practicing her shot by herself so late some nights that Borseth had to create a 'Leclaire rule,' to curfew his players on extra gym time.

"I definitely came in here sometimes and used my card and I don't know if I was supposed to be in here," Leclaire joked.

After this year, that gym access card will no longer work for either senior, and that's something both ladies have had to come to terms with.

"We are roommates and we've been together since our freshman year, so many memories with her," Lindstrom said of Leclaire. "I really like that I get to go through this with her but like I said, it's very bitter sweet."

"It's bittersweet and it's just been a hell of a ride," Leclaire added.

UWGB clinched its' 20th consecutive regular season conference title, and will play as the number one seed in the Horizon League Tournament. Senior Day is Sunday, February 25 when the Phoenix tip off against Detroit Mercy at 1 p.m.