Kimberly's state championship streak comes to an end, 24-21 to Muskego 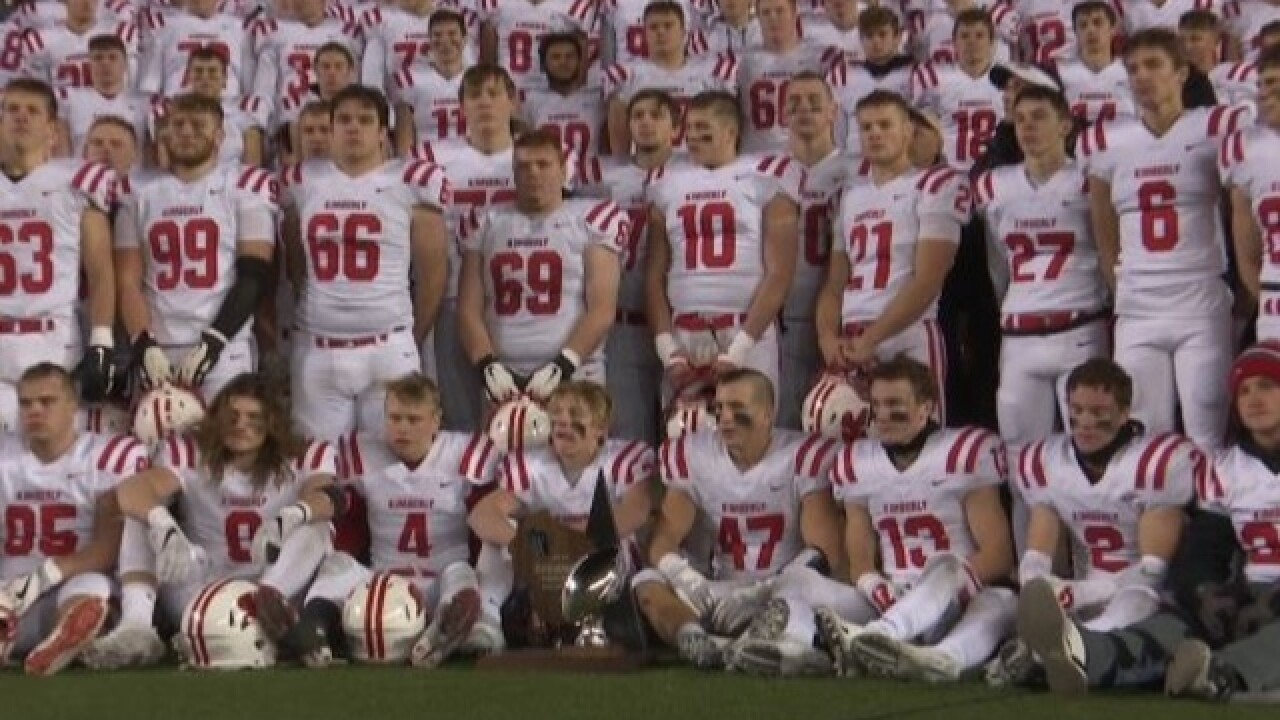 After five consecutive WIAA state championships, the Kimberly Papermakers saw their streak come to an end on Friday night at Camp Randall Stadium.

The Makers fell 24-21 to the first-time state champion Muskego Warriors.

Still a lot of pride with that runner up trophy pic.twitter.com/mKhQu302Sq

"Just really proud of this group," head coach Steve Jones said after the game. 18 of the players on his 2018 roster were first year starters.

"If we're going to gauge success in our program by a silver or a gold ball then I'm not going to be a part of this for very long," Jones said.

The Papermakers have won seven total WIAA state titles, one shy of the record (8) set yesterday by St. Mary's Springs.