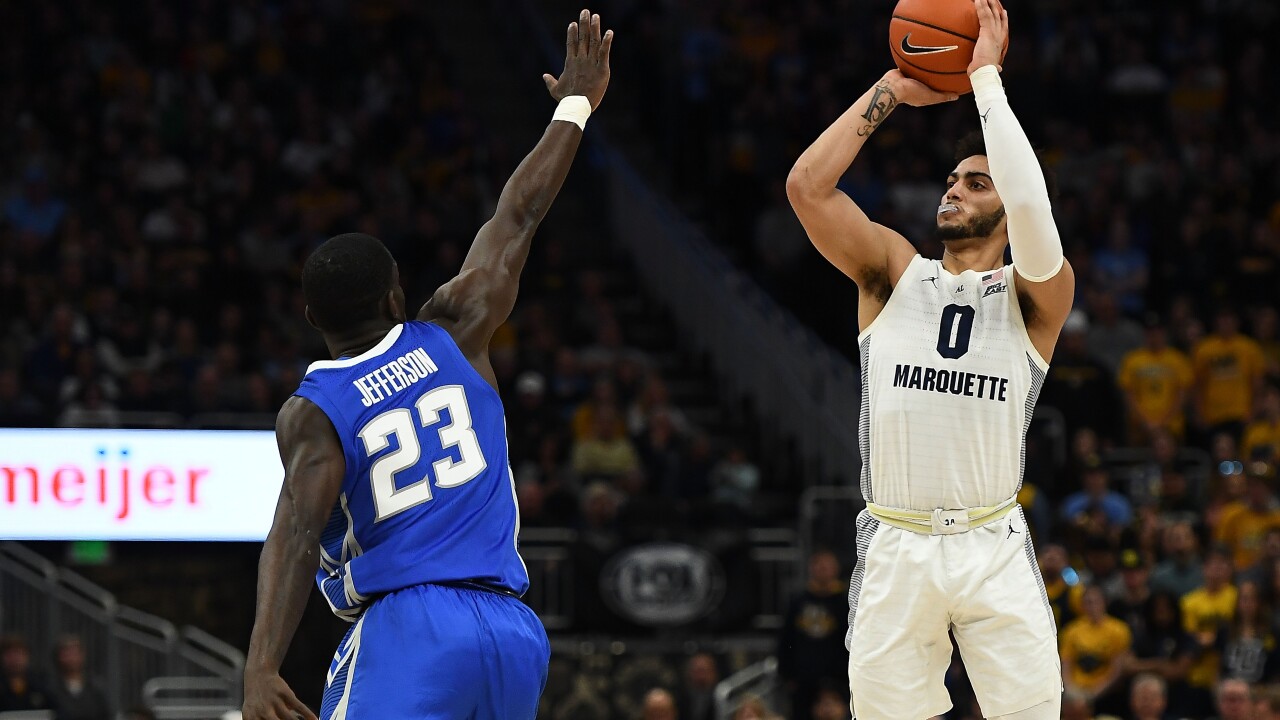 Marquette's 106 points is a season high and it's the second time this season the Golden Eagles have reached the century mark.

Theo John scored 12 points for Marquette (10-2), which made 13 of 26 3-pointers, never trailed and led by as many as 53, a season high. Sacar Anim and Ed Morrow scored 11 points apiece and Brendan Bailey added a career-high 12 rebounds.