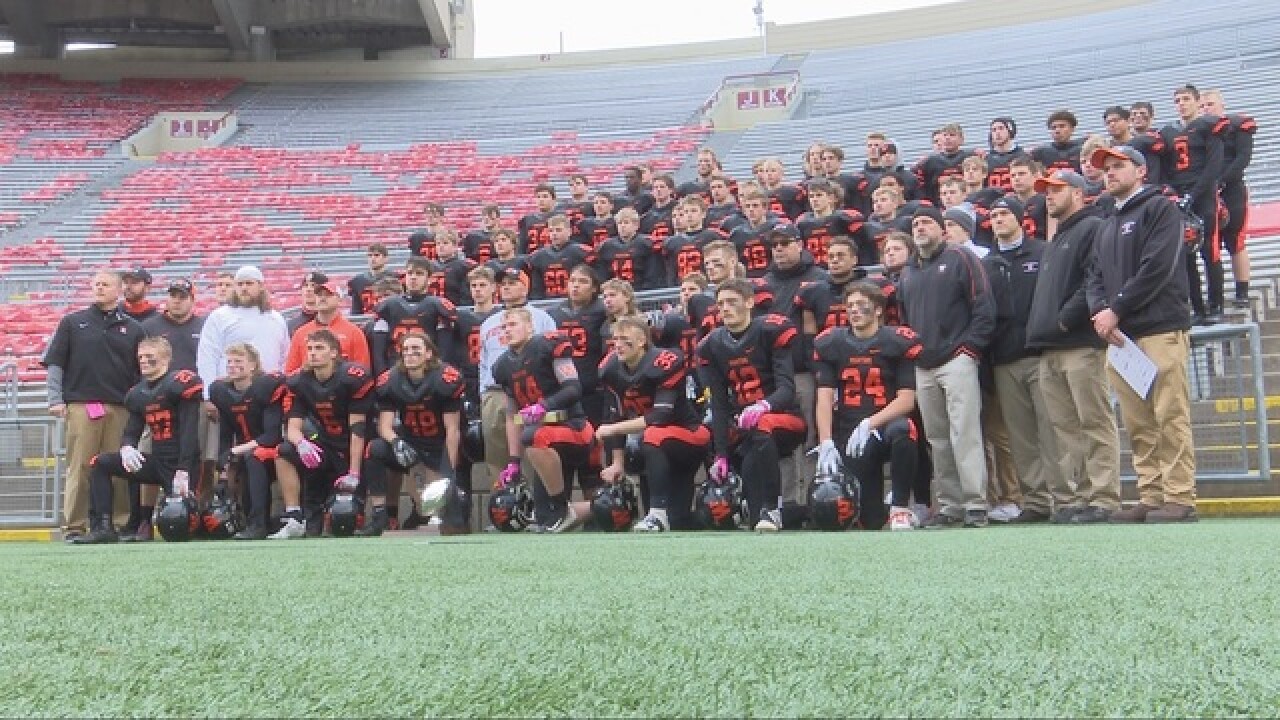 On Friday morning, despite a 24-0 lead to start the second half, 37 unanswered points does West De Pere in as the Phantoms (13-1) finish the season as state runners-up in Division 3.

The Phantoms started with a surprising bang: a physical ground game has gotten them to the state championship, but Sam Mommaerts got the offense going with a 53-yard catch and run. The drive would be capped by a one-yard touchdown by sophomore quarterback Josh Blount for an early 7-0 lead.

"We definitely came out with fire," Blount said. "Catholic Memorial was a good team, though. They came out and just, they trumped us. They got us. That's all."

"Wish I could explain it," said coach Jack Batten. "We kind of ran into a buzz saw. We couldn't get stops on defense. Plays that were working in the first half on a similar defense weren't working in the second half. We were trying to find things offensively that we could move the football, and we just weren't able to come up with answers."

In the first half, Catholic Memorial had three turnovers. The Phantoms capitalized on the second, with Cody Cavil punching it in from the one for the first play of the second quarter. Cavil's 11th touchdown of the season would make it 14-0.

Sawyer Grovogel secured some points on the final drive of the first half with a second left on the clock. West De Pere goes into halftime with a 17-0 lead after the 22-yard field goal.

The Phantoms started the second half with a bang as well, on a great read by DB Ben Pawlak, who nearly made his interception a pick-six. The West De Pere offense capitalized on the fourth Crusaders turnover with a Cavil two-yard score, up 24-0 to start the second half.

That's when the game script was flipped entirely.

Catholic Memorial came storming back with 37 total unanswered points, as its defense squashed all efforts from the Phantoms offense.

QB Luke Fox gave Memorial its first lead of the game with a 70-yard touchdown, at which point the Crusaders put up 31 unanswered points.

Then near the end of the fourth, the Phantoms’ last-ditch effort on offense was intercepted by Joe Oechsner, who returned it 56 yards for the dagger score, making it 37-24 with minutes to play in the game and West De Pere unable to generate anything else.

"It just seemed like things kind of snowballed and got out of control," Batten said. "As for why that is, I don't have an explanation right now."

But the Phantoms do return Blount as well as a number of starters on both sides of the ball next season, after they make it to Camp Randall for the first time since 2011.

"It's incredible," Blount said of playing for the championship. "I mean, we have a lot of talent coming back next year. And not many people finish here, so you just have to really appreciate the fact that, you know, we're one in however many high school teams that (did) finish here. It's incredible."