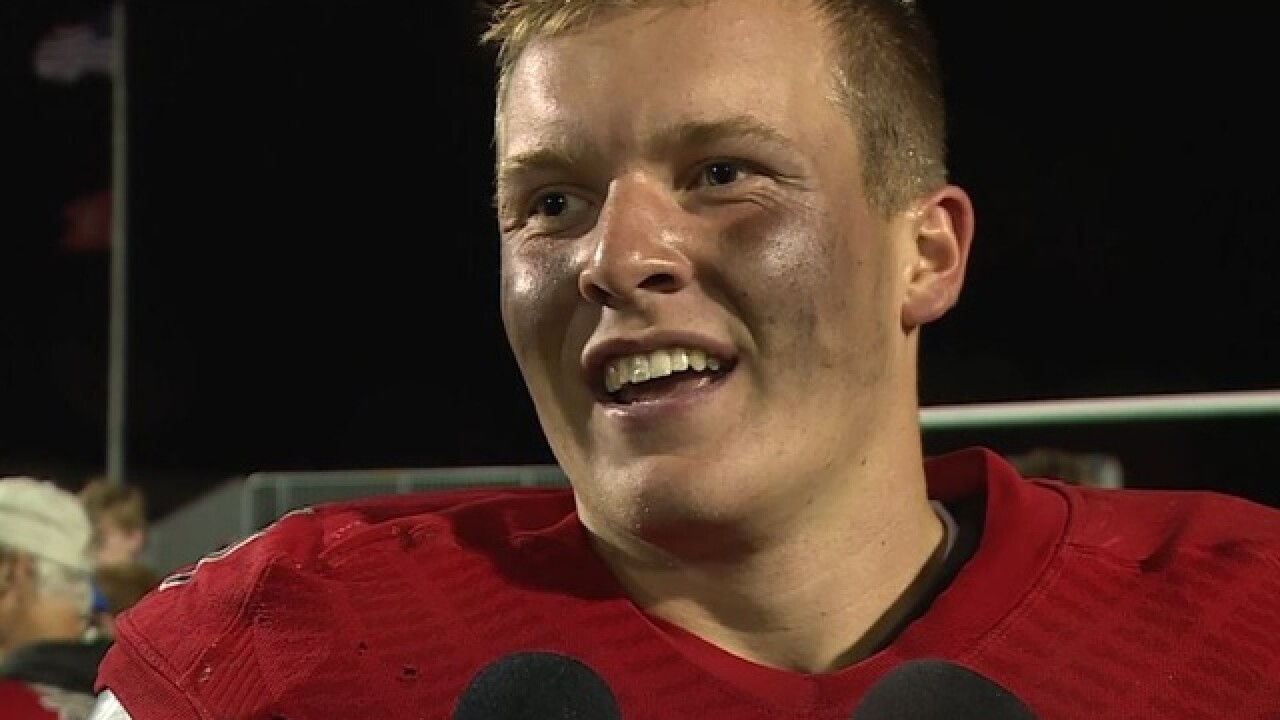 The Neenah Rockets came from behind twice in the fourth quarter to defeat the Appleton North Lightning, 22-19 in the NBC26 'Friday Night Blitz - Game of the Week' on Friday.

"This is huge," Neenah head coach Steve Jung said. "It's huge for our kids. It's huge for the belief and the culture that we're trying to establish. This is the next step up."

I’d say @Neenahfootball is pretty pumped after taking down Appleton North 22-19, the team that knocked them out of playoffs last year #GAMEoftheWeek highlights after #GBvsOAK on @NBC26 pic.twitter.com/yptjlQaTv1

The Lightning beat the Rockets twice in 2017 including a 45-7 conquest in the WIAA DI Level 2 playoffs. A memory not lost on the returning players this season.

"For a team that beat us by how ever much they beat us by last time, it means a lot to us and to everyone and the coaches," senior wide receiver Logan Morrow said.

Late in the fourth quarter, Appleton North running back Patrick Watson scored on an 80-yard touchdown pass from quarterback Carter Robinson. The Rockets marched down the field on the ensuing possession when wide receiver Logan Morrow hauled in the game winning catch on a 3rd-and-11 pass from senior quarterback Sam Dietrich.

"I was telling our line in our huddle that we're going to score for sure and everyone just all felt it," Dietrich said. "We just knew we were going to score. It was awesome."

The Rockets opened the scoring in the first quarter off a 50-yard pick-six from senior outside linebacker Logan Eiden.

"Our coaches said we haven't had a big win like this in a while and I mean we just beat a number three seed so we're all feeling good," Eiden said.

The No. 10 Rockets will next face Appleton East while the No. 3 Lightning get set for a big game against No. 1 Fond du Lac.