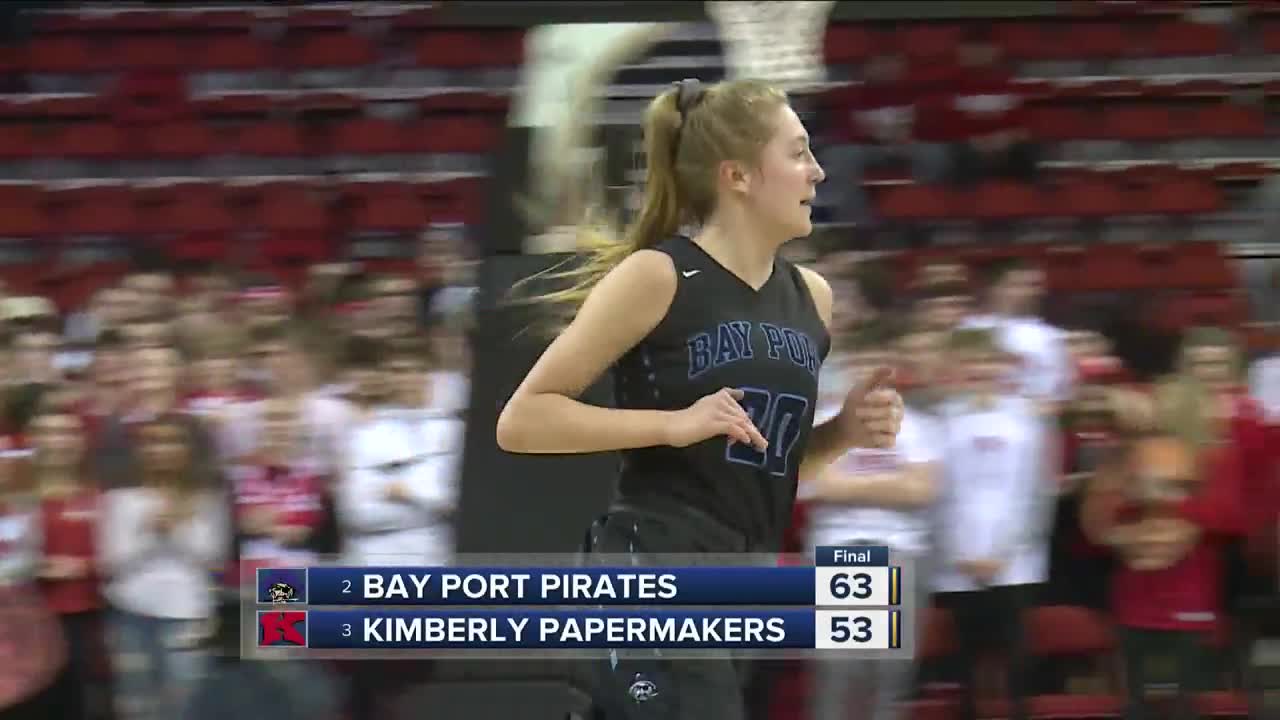 The Pirates (26-1) advanced after pulling away from Kimberly in the second half of the semifinals with a 63-53 victory. They'll play for the Division 1 crown Saturday night. 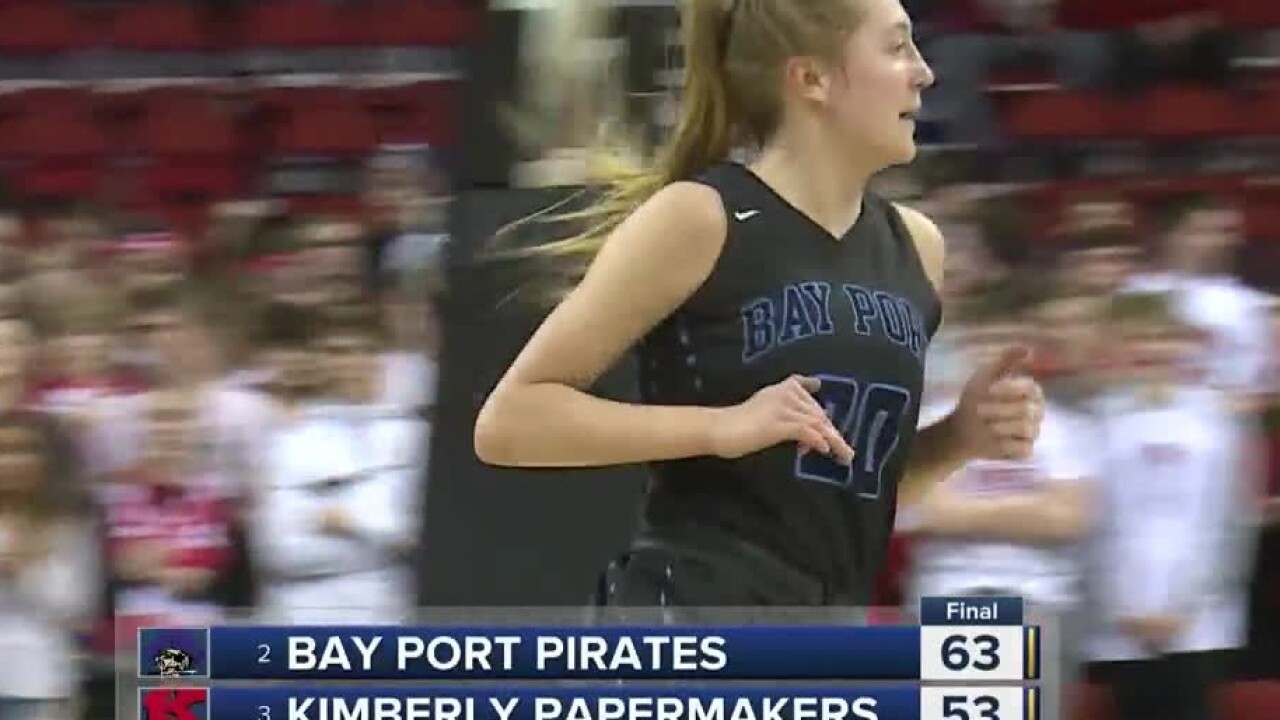 GREEN BAY, Wis. — The monkey is finally off the backs of the Bay Port Pirates. After not winning a game at state since 1988, Bay Port will make its first appearance in the Division 1 state championship game Saturday night.

The Pirates (26-1) advanced after pulling away from Kimberly in the second half of the semifinals with a 63-53 victory. They led by as many as 14 points as time wound down at the Resch Center after a 26-25 edge at halftime.

Junior Emma Nagel, the FRCC player of the year, notched a game-high 23 points, 16 rebounds, three assists, two blocks and two steals. Nagel already had hit a double-double at the break with 10 points and 10 boards.

Kimberly senior Shea Dechant put up 19 points, eight rebounds, five assists and two steals, but her teammates never seemed to get in a rhythm beside her against the second-seeded Pirates. The Papermakers also lost junior Taylor Hietpas and senior Kennedy Litvinoff to injuries.