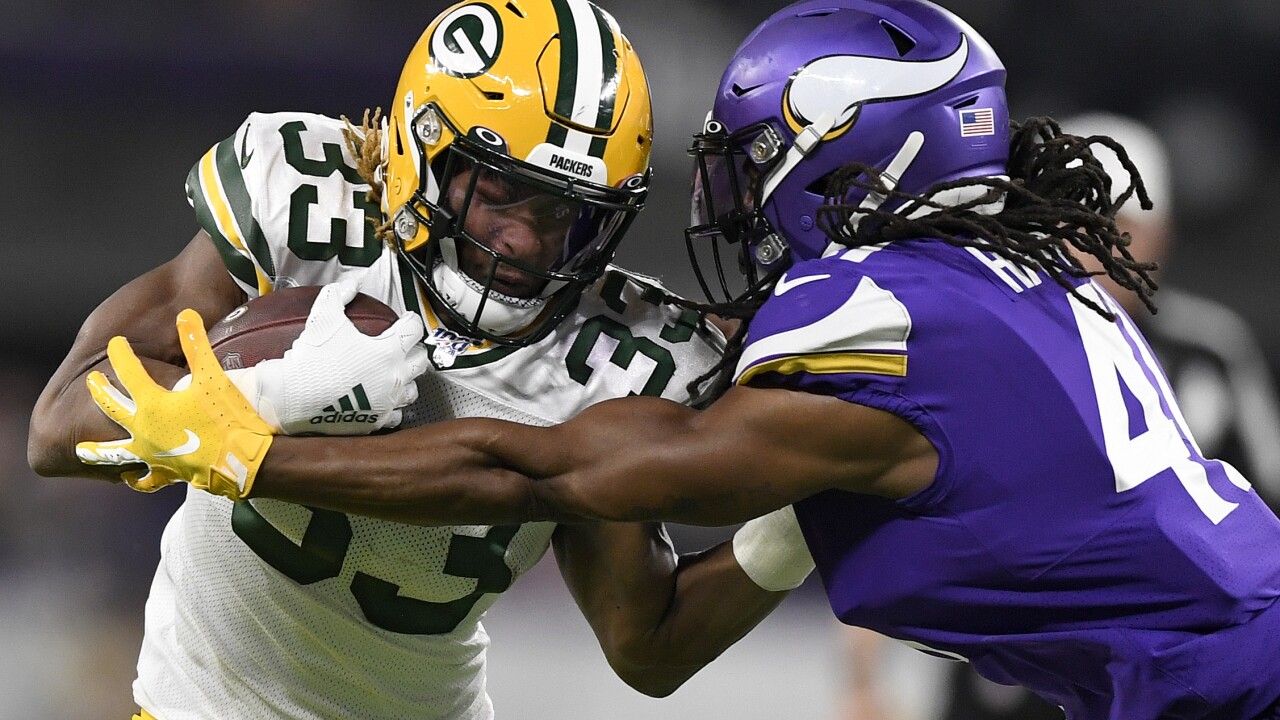 GREEN BAY -- The Packers' playoff seeding has been set for some time, but we still don't know who they will actually face in their January 12 game at Lambeau Field.

Here's your guide to their possible opponent - let's walk through each NFC playoff squad one by one:

The earliest the Packers have to worry about the 49ers is the NFC Championship Game, as both teams have first-round byes in the playoffs. That potential showdown would be played in California. Green Bay better hope someone else can knock off the conference's top seed before that happens, as they were absolutely destroyed by the Niners in a 37-8 loss back in November.

The Packers can't play themselves. This seems self-explanatory.

The Packers will play the 3rd-seeded New Orleans Saints if the Who Dat nation takes care of business against the 6th-seeded Minnesota Vikings this Sunday. Green Bay and New Orleans haven't faced off since the 2017 season, when the Packers fell to the Saints 26-17.

Green Bay could wind up getting the Eagles for their playoff game - potentially the easiest hypothetical game on the slate. The Eagles are 'only' 9-7, but they did beat the Packers during Week 4 of the regular season. For this match up to happen, the Minnesota Vikings will have to upset the New Orleans Saints in their Wild Card game. Then, if Philly beats Seattle in their Wild Card game, the Eagles are on to Green Bay.

One of the Packers' most dreaded modern opponents could be traveling to Green Bay on January 12 as well. Just like in the above scenario, Minnesota would have to beat New Orleans first. Then, if the Philadelphia-Seattle Wild Card game goes Seattle's way, the Seahawks would be assigned a trip to Lambeau Field. The Packers have won three of their last four against the Seahawks since the 2014 NFC Championship Game, which we won't mention any further.

Similar to the 49ers, it's impossible for the Packers to play the Vikings for their first game. If Minnesota wins, they automatically will be traveling to San Francisco, due to the NFL's re-seeding rules. It is possible for Green Bay and Minnesota to match up in the NFC Championship Game, however. That game (thankfully) would be hosted at Lambeau Field.

The Packers will host the Divisional Playoff game Sunday, January 12 at 5:40pm on FOX.

Copyright ${yyyy} Scripps Media, Inc. All rights reserved. This material may not be published, broadcast, rewritten, or redistributed.